Will the Supermoon Cause a Super Deer Hunt?

Okay, when the moon came up Sunday night, it was like, 14 miles away. A huge moon. The closest one... 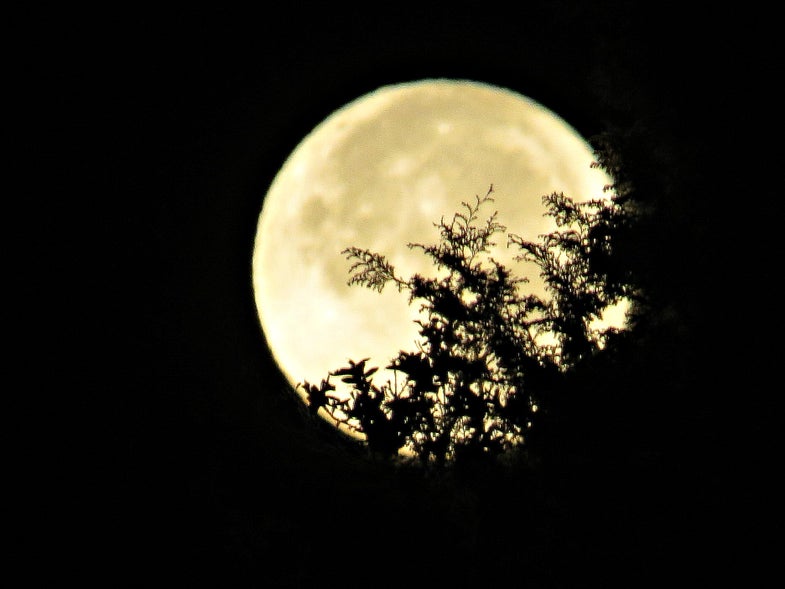 Sunday night's supermoon has hunters hopeful for an increased deer activity throughout the week. Courtesy of Flickr/John Wisniewski
SHARE

Okay, when the moon came up Sunday night, it was like, 14 miles away. A huge moon. The closest one since 1948 or something. And the next time it’ll come this close is in 2034, by which time David E. Petzal will be 122 years old. The technical term for this particular moon is perigee-syzygy, which is also the name of an operation I hope you never need.

If you are a believer in solunar theory, the perigee-syzygy—and the days immediately before or after it occurs—is jackpot time. The deer will be super active and will actually have visible crosshairs on their vitals just to aid hunters. I didn’t get out Sunday night to confirm this. I’ve been hanging out at Pat & Gary’s Party Store 1 (there are two, but that’s another story) in Indian River, a small town in Michigan’s Upper Peninsula. I’m doing a feature on the place, which runs the largest buck pole for miles. It draws hundreds of hunters. It’s already the busiest place in town, with ever-dwindling pallets of corn, carrots, sugar beets, and apples out front and everything a deer hunter could want inside. Everything happens Tuesday the 15th, when rifle season opens. I met some guys, all of whom seemed to be named Jeff and are either cops or firefighters, who’ve invited me to go out with them. So when the sun rises on Tuesday, I’ll be in a blind with a .243 and high hopes.

How serious are they about deer hunting up here? There is NO SCHOOL TUESDAY. Can you imagine? If they tried that where I live, the PC police would be out in armored personnel carriers.

I still don’t know what to make of solunar theory. But I’ll say this. In the middle of November, you should be out there. As a carny once said to me as I entered the amusement park in Ocean City, Md., “C’mon, boss, spend some money. Can’t win it if you ain’t in it.”

Hard to argue with that.