Back in 1866, the first Winchester rifle was introduced. For the next century and a half, the company has continued... 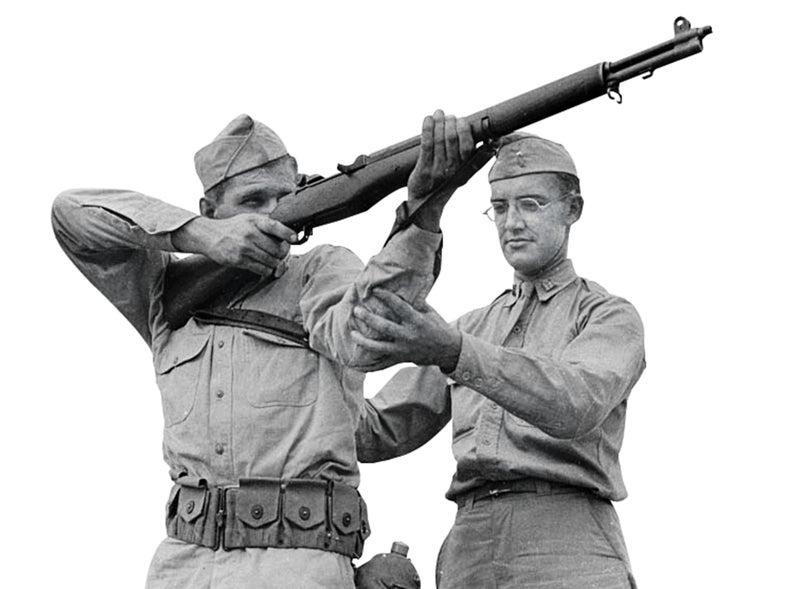 Back in 1866, the first Winchester rifle was introduced. For the next century and a half, the company has continued to revolutionize guns, ammunition, and the shooting sports

The Henry rifle appears. It’s a .44 rimfire that holds 16 rounds in a tubular magazine. It’s fragile, but it shoots very, very fast.

The Henry morphs into the Winchester Model 1866. In the same year, Volcanic’s name is changed to Winchester Repeating Arms.

The Model 1873 lever action, “The Gun That Won the West,” is born. Iron-framed and stronger than its predecessor, it’s chambered for the center­fire .44/40 cartridge. It is Winchester’s first iconic gun.

Winchester introduces the Model 1912, a.k.a. the Perfect Repeater. It dominates clay-­target competitions and duck blinds for years.

Super-X shotshells hit the market. Subsequently, the line becomes renowned for its excellent patterns, thanks to progressive powders and hard, high-antimony pellets.

Moonshiner David “Carbine” Williams, who, while in prison, invented the floating chamber at the heart of the M1 carbine action, is released and later hired by Winchester as a designer.

A few of the many milestones in Winchester’s storied history: 15 billion: Number of rounds of ammunition Winchester supplied to the military during WWII ○ 15: Number of crates of brand-new Winchester rifles, ammunition, and spare parts that former U.S. President Theodore Roosevelt brought on a yearlong African safari ○ 700,000: Number of Model 1873 lever actions produced ○ $1,265,000: Amount paid for the Winchester 1886, Serial No. 1—the most expensive firearm ever sold at auction ○ 7 million: Number of Model 94s sold before the gun was discontinued in 2006 ○ 47,000: Number of Model 1918 Browning Automatic Rifles produced by Winchester during WWI ○ 54: Pellet holes in a 3-inch target from one load of Long Beard XR, fired from a 12-gauge at 40 yards at the 2014 NWTF Still Target Competition—a new world record. —Charlotte Carroll

Winchester, “Damn the Depression, full speed ahead,” debuts the high-grade Model 21, a double gun that becomes a favorite of Dwight D. Eisenhower, and others.

Teetering on the edge of bankruptcy, Winchester is purchased by the Western Cartridge Co. and saved.

Say hello to the .220 Swift. Designed for varmints, the Swift is one of the most controversial cartridges ever, but this is incontrovertible: A few rounds can equal its speed, but none surpass it.

Winchester wins a contract to become the only private manufacturer to build the M1 Garand. Winchester produces 513,800 M1s by the end of World War II.

Chuck Connors carries a modified Model 1892 on The ­Rifleman, a TV show that takes place in the early 1880s…a decade before John Browning ­actually designs the gun.

Winchester becomes one of the first manufacturers to offer internal choke tubes. For a time, Winchoke is synonymous with “choke tube” in the way Kleenex means “tissue.”

Made for just seven years, the soft-shooting, well-machined, all-steel X1 retains a cult following who consider it the best semiauto shotgun ever.

Arnold Schwarze­negger comes back from the future in Terminator 2: Judgment Day, wielding an 1887.

The Winchester Super X2 appears. A Winchester-ized version of the Browning Gold with lines reminiscent of the X1, it is an excellent semiauto in its own right.

The Supreme o/u is introduced. After several fits and starts—first as the Supreme, then as the 1001, and finally as the new 101—the Belgian-made o/u becomes a very good break-action shotgun.

The new Model 70 debuts. It is a better rifle than any of its ancestors.

In an act of mercy, the New Haven plant is closed forever. Herstal, which took over the company in 1989, retools its military production line in South Carolina to produce new Model 70s.

Long Beard XR is released. By encasing the payload in epoxy resin that shatters on ignition to form a protective buffer around each pellet, Winchester invents a lead turkey load that outperforms anything else and makes 60-yard shots a reality.