A Wisconsin hunter’s 8-pointer is worth mounting, but it’s a wall-hanger for more than just its rack. Fox 11 News... 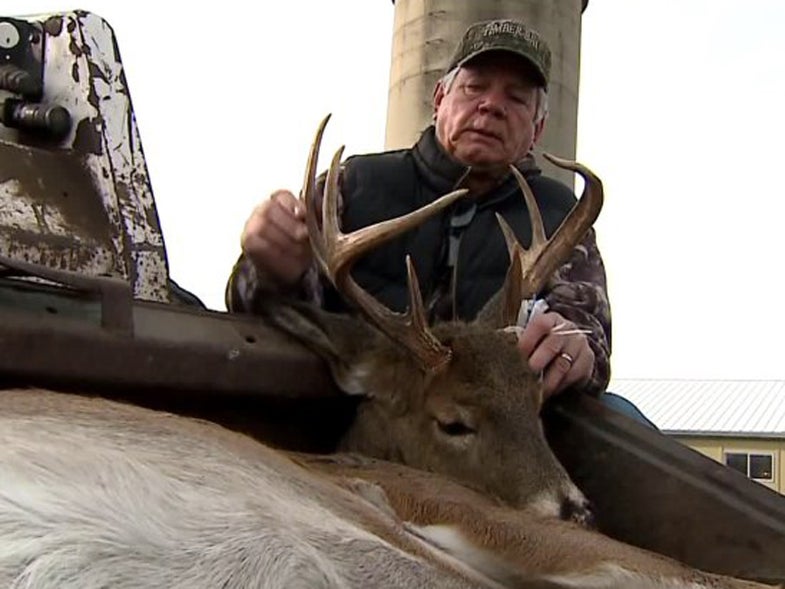 A Wisconsin hunter’s 8-pointer is worth mounting, but it’s a wall-hanger for more than just its rack.

Fox 11 News reports that the trophy Wayne Douville tagged last week turned out to be a doe, despite its impressive antlers. “This is the trophy of a lifetime,” Douville told the station. “You could live 10 lifetimes and not have this happen to you.”

Douville is right about that. The odds of bagging an antlered doe, which result from an excess of testosterone, are slim. Jeff Pritzl, Wisconsin Department of Natural Resources district wildlife supervisor, estimates the odds to be about one in 100,000.

“It’s just a matter of a higher level of testosterone hormone than a normal female would have,” Pritzl told reporters, “and it expresses itself in a masculine way.”

There may be a reasonable explanation for the deer’s rack, but it is still a bizarre sight nonetheless. In fact, when Douville and his hunting buddy Mel Buckmaster started butchering the deer, they couldn’t believe what was missing.

“My reaction was, ‘Yeah right,’” Buckmaster said. “Then we went and looked at it. It’s definitely a doe.”

Concerning how the deer should be registered, Pritzl told Fox 11 that the state considers any deer with antlers 3 inches or longer a buck, so the 8-pointer will still count against Douville’s antlered-deer limit.

“I’m going to have a full-body mount done on it,” Douville said. “I hope my wife will let me put it in the living room, although that’s a long shot.”

This isn’t the first antlered doe to pop up in the news. Last year, we reported on a Kansas 10-pointer, and on a Kansas 8-pointer back in 2014. That said, the odds of tagging one of these deer is exceptionally low.