The Wisdom of Fred Bear 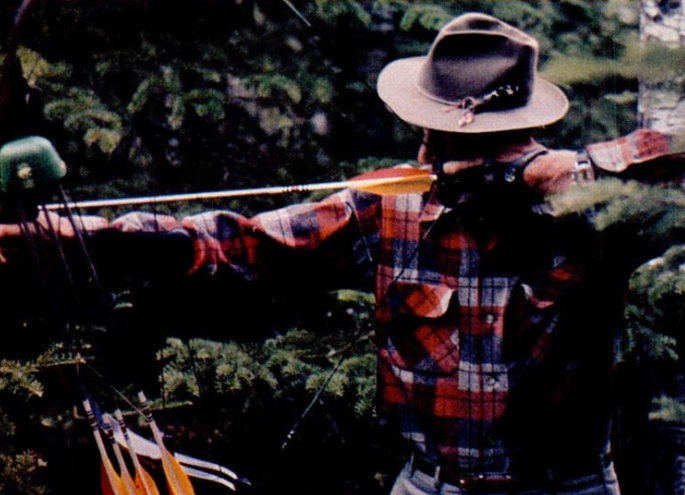 Fred Bear, who died just over 29 years ago, is an American original, one of those guys whose stature has only grown over time. We writers—me included—are big on quoting the Spanish philosopher Ortega y Gasset, who certainly loved and understood hunting. But I’m not sure he understood it any better than Fred Bear. He just had a bigger vocabulary. Here’s an example of a short axiom that covers miles of ground: “Go afield with a good attitude, with respect for the wildlife you hunt and for the forest and fields in which you walk. Immerse yourself in the outdoor experience. It will cleanse your soul and make you a better person.”

Bear (1902–1988) was a late bloomer who took up archery when he was 29. During the Depression, he was out of a job after the factory he was operating burned down. Fred knew how to make bows. A friend from the factory had been in sales. Together they scraped up all they could, which was $1,200, and went into business, founding the company that became Bear Archery. In 1947, Fred and his wife moved the business to Grayling, Michigan, and lived in a tent by the river to save money. As late as 1961, making ends meet proved challenging. But Fred was a hunter. He didn’t give up easily.

His views on hunting are as instructive today as they were 40 years ago. While he’d hunted and taken record animals all over the world, he always believed that the whitetail deer was the smartest and sharpest of all animals, especially challenging to the bowhunter. He once said that you could learn more about hunting deer with a bow in a week than you could in a lifetime of gun hunting. And he laid down a set of 10 hunting commandments that no one is likely to improve upon anytime soon. Note that there’s not a word about our obsession with the latest and greatest technology, attractants, decoys, and stands. His sole mention of the subject is to only to take gear that lets you hunt longer, harder, and smarter. To the man in the Borsalino hat, hunting was about a man with a bow and arrow stalking a whitetail deer on the ground. “Go afield with a good attitude,” he said, “with respect for the wildlife you hunt and for the forest and fields in which you walk. Immerse yourself in the outdoor experience. It will cleanse your soul and make you a better person.”

• Don’t step on anything you can step over.

• Don’t look for deer, look for movement and remember it’s what they’re looking for, too.

• The best camouflage pattern is called, “Sit down and be quiet!” Your grandpa hunted deer in a red plaid coat, think about that for a second.

• Take only the gear to the field that allows you to hunt longer, harder, smarter.

• Camouflage your appearance, your sound and your scent.

• Be sure of your shot. Nothing is more expensive than regret.

• Hunt where the deer actually are, not where you’d imagine them to be.

• Next year’s hunt begins the minute this season’s hunt ends.

To read more quotations that will inspire and help you discover—or remember—what hunting is all about, take a look at this site. Spring is a good time to clean out the mind as well as the attic.