For the first time since 1953, a Cropan’s boa has been captured in the Atlantic Forest of Brazil, according to... 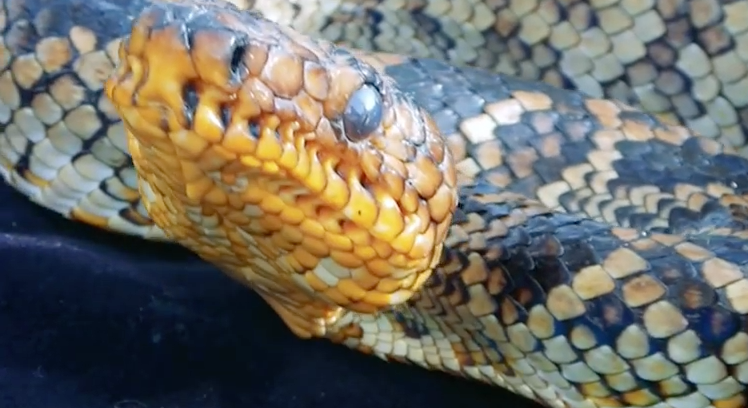 For the first time since 1953, a Cropan’s boa has been captured in the Atlantic Forest of Brazil, according to National Geographic.

The Cropan’s is considered one of the world’s rarest snakes, with fewer than a half dozen observed in the past six decades. Little is known about the endangered species, since live specimens have been so hard to come by. Until now, biologists have had only dead Cropan’s boas to study, and several were destroyed in a 2010 fire, only further complicating matters.

In an effort to find a living specimen, a public campaign was launched in October 2016 to recruit locals to search for a Cropan’s. People were shown how to identify the boas and capture them, and were given emergency-contact info, should they come across one. The strategy paid off in January, when a farmer safely trapped a 5.5-foot female Cropan’s, as Science Magazine reports.

The boa has since been fitted with a radio tracker and released back into the wild. The data gathered from this discovery will allow biologists to glean crucial insight on the snake, like what they eat, where they live, and when they mate. This intel will be a big step toward conserving the species.

The Cropan’s has a light brown body with dark brown splotches. It’s thought to live in the canopy of the forest, where it feeds on small mammals and birds. Similar to other boas, it isn’t venomous but does have a powerful bite.