The Worst Scope Cuts Ever

Even when you know not to do it, sometimes you still do it. 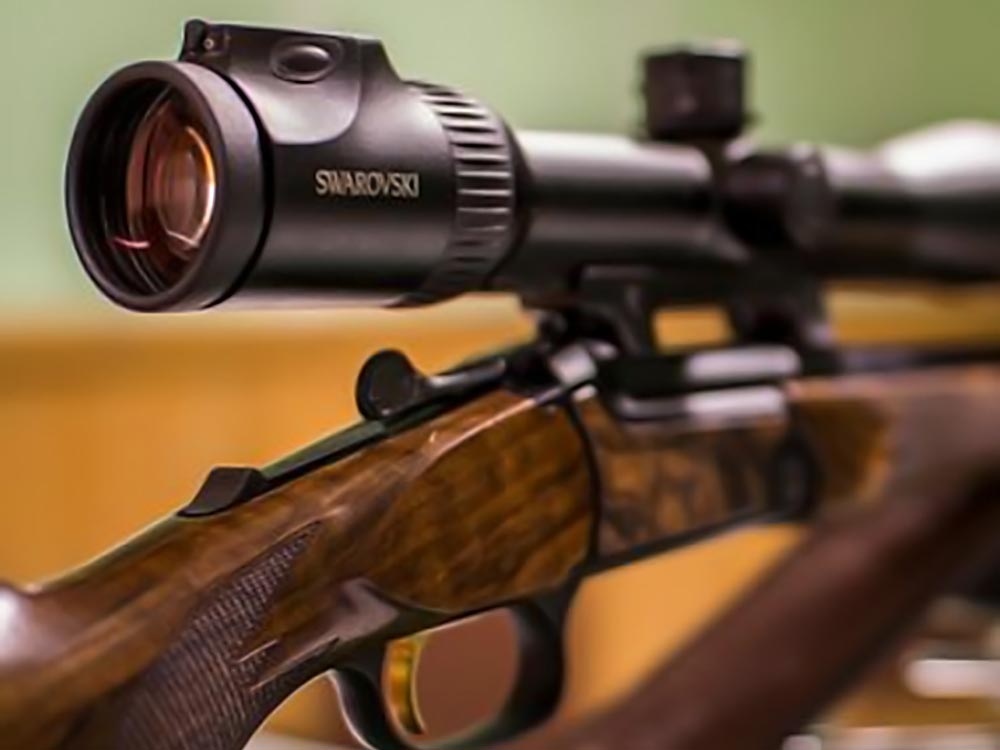 Beware the ocular-lens bell of your scope. Make sure you have plenty of eye relief. Cabela's
SHARE

At a recent convocation of hunting geezers, one of my fellow fossils, whom I shall call Orest, because that’s not his name, regaled me with the following tale of woe and folly, which I pass along to you.

Orest, who is a highly experienced hunter and shooter, found himself in a camp in Alaska that was dedicated to bears, and their demise by firearm. Among his peers was a brand-new hunter and completely inexperienced shooter whom we shall call Dmitri, since that is not his name, either.

Dmitri was very wealthy, and had decided to start hunting at the top. The gun that he had built expressly for this trip was a .375 H&H double rifle, made by hand by a hand-picked gunsmith. It cost a fabulous amount of money; Orest guesses in the hundreds of thousands of dollars.

When Dmitri took it out of its case to show it off, he put it to his shoulder, and Orest saw that the ocular-lens bell of the scope was touching his brow.

Orest pointed this out, and that you need 3½ to 4 inches of clearance between your eye and the scope, and asked of Dmitri had actually shot the rifle to see if it was sighted in.

No, said Dmitri, with some indignation; my gunsmith did that. He did everything. Why should I bother?

At this point, Orest was really worried, and went to the camp boss, and said, look, we’ve got a situation here. You better get this guy to shoot his rifle because he’s never done it before, and do something about that scope before it cracks his skull.

The camp boss, who was lackadaisical about things, argued with Dmitri, and finally got him to test fire the rifle, but no dice about the scope, because, after all, the gunsmith had done everything, and he had paid a fortune for the gun.

So, Dmitri, who had never shot a heavy rifle before, held the double loosely, aimed it with the scope mashed up against his eyebrow (You wonder what kind of sight picture he had.) and pulled the trigger. As Orest described it, “his eye vanished in blood.” Dmitri had actually cracked his eye socket. He was medevaced to a hospital, but the eye could not be saved.

The moral of this wretched incident is, if you think something very bad is about to happen, something very bad probably will happen, and you are obliged to point this out, forcefully. You may not be able to prevent it—some people are born stupid, and work at it all their lives—but that does not relieve you of the responsibility.

Make Sure You Have Enough Eye Relief

I got a scope cut the other day in exactly the same way I got the last one worthy of note—by firing a serious rifle from the prone position without getting my shoulder solidly behind it. Not only did it mar my beauty, but it cracked a Decot shooting glass frame beyond repair.

I was at fault for not remembering the lessons of the past, but I hold no grudge against myself. Scope cuts are an occupational hazard of rifle shooting, just as warts go with frog handling.

Usually they come about through improper scope mounting, with the scope set too far back, or from a cheap scope with not enough eye relief. The best scope cut I’ve ever seen was delivered to the late Sam Curtis via an el cheapo scope mounted way too far back on a Savage .30/06. Sam sighted the rifle in over a Jeep hood, and the scope got him so good that he had to go to the hospital for stitches.

The other outstanding scope cut, whose aftermath I saw but was not present at the birth, came in northern Quebec when an inexperienced shooter twisted himself into an ungodly prone position so his nose was right against the ocular-lens bell of the scope on a .300 Weatherby, and when he pulled the trigger the metal sliced into the bridge of his nose like an axe cutting into a log at a 45-degree angle. Blood? Wow! Was he a mess. There was no doctor around, so he had to be flown out to where there was one.

Scope cuts are not only an occupational hazard, they are the badge of the rifle shooter, and you wear them with pride. When I was teaching Susan Casey to shoot for her elk hunt, she got a pretty good cut, and I put a Band-Aid on it. Susan, who has enough guts for the entire 196th Light Infantry Brigade, wanted to see what the damage was so she peeled off the Band-Aid and looked in the car mirror.

Smiling a bewitching smile, she said: “I’m a badass.” And she is. That’s how you think about scope cuts.

Me, I’d buy another gun or two of the quick-firing variety.

Not long ago, I saw the Mother of All Scope Cuts, or at least the aftermath of same. The facts, as I was able to unearth them, are these: An elderly gentleman, determined to qualify in a rifle event from the prone position, was whacked in the skull by his scope. Rather than admitting that he didn’t have enough eye relief, he shot three more times, and each time was clobbered anew. Finally, with blood now pouring from his forehead, he took the hint and stopped. It took six stitches to close the cut. I assume he did his shooting with a light-kicking rifle like the .243 because that’s what most people use for this event.

Those are the bare facts. What amazed me was the amount that his self-inflicted wound bled. His shooting mat had a stain on it that looked to be two feet in diameter. Inside the range shack was a heap of paper towels that were soaked in blood, and I mean soaked. I’ve seen photos of great white shark attacks where there was a lot less blood.

How to Avoid Getting Cut by Your Rifle Scope

I will not sermonize about the pathology of awarding yourself multiple scope cuts. But in case you’re not into copious bleeding, here are some handy ways to avoid it.

Remember that even a light-kicking rifle can give you a fine, healthy scope cut. People tend to fear the heavy kickers, but the popguns can do it, too.

I have said it already, but I will say it again: You need about 4 inches of eye relief in order to avoid getting tattooed. That’s the width of most people’s palms. If you’re going to shoot from prone a lot, you should check your eye relief from the prone position before you tighten the ring screws. Prone forces your head forward on the stock, and what might be fine offhand will belt you when you’re lying down. Also, you can’t give with recoil from the prone position as you can when shooting offhand, not that anyone shoots offhand anymore.

Avoid cheap scopes at all costs. You should do this generally, but in this case because among their many shortcomings is a lack of eye relief. Some good scopes have neoprene rings on the edges of their ocular-lens bells. This is a nice idea, but you can still get a superior cut from them.

If you have a big rifle, say, .375 H&H or larger, don’t shoot the thing prone. Even with adequate eye relief, the kick may be enough to smite you in the forehead. If you’re shooting from a bench, brace your shoulder against the butt hard, and hang onto the rifle for dear life. This will not give you the best possible groups, but it may keep you out of the ER. The best way to shoot a heavy rifle is standing, over the hood of a truck.

Looking into the future, I see scope cuts becoming increasingly rare. Muzzle brakes are becoming more and more popular; target-style stocks with adjustable lengths of pull eliminate the prone eye-relief problem, and Powerful Assault Rifles* kick far less, across the board, than others. One day, it may be that only geezers like myself have scope-cut scars, and we will wear them proudly, like smallpox vaccinations. In the meanwhile, those of us who get decorated should follow the example of Ms. Susan Casey—smile and enjoy it for what it is.

*Powerful Assault Rifles are, of course, not at all powerful compared to many bolt-actions. I use the term because gun haters like Sen. Chuck Schumer pronounce the words with such detestation (whenever Schumer talks about guns of any kind, he looks as though he’s having severe gas pains) and because people in the gun industry are supposed to use the term “Modern Sporting Rifle.” It’s a form of political correctness, of which I am not fond, and makes as much sense as our former President’s sappy refusal to say “radical Islamic terrorism.” People who detest ARs do not give a damn what we call them; they’re going to try to outlaw them regardless.