Would You Hunt This Treestand? 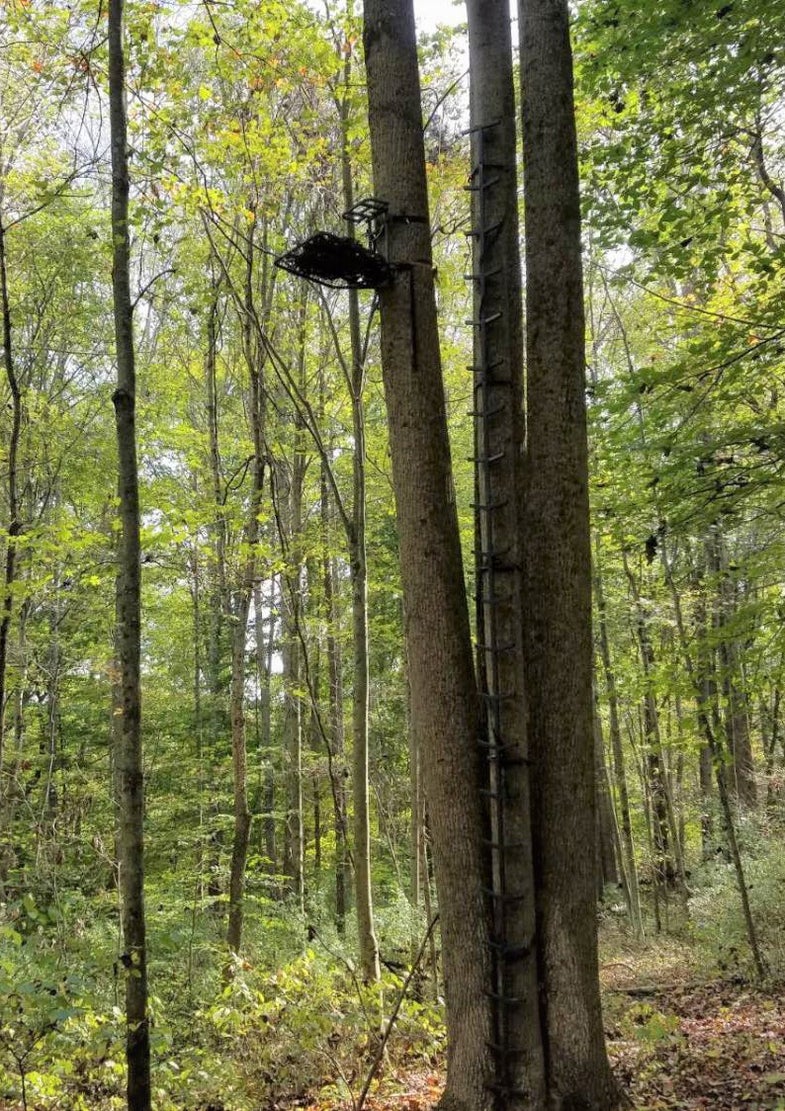 No whitetail is worth the risk of climbing into this treestand. Phil Bourjaily
SHARE

As an occasional deer hunter, there’s lots about whitetail hunting as practiced now that I don’t get. For example: What is it about hanging stands that brings out the Flying Wallenda in deer hunters? It’s like they have to get every last inch of height out of their climbing sticks and stands, which leads to those stands where it seems as if someone stood on the top step, then put the stand as high above that as possible. Never mind that you have to be an acrobat to climb in. Last time someone sent me out to hunt a stand like that, I climbed the ladder, looked at the space between the ladder and the stand, climbed back down and sat at the base of the tree. Thirty minutes later, I shot a buck.

Which brings me to the stand in the picture. I saw it earlier this week while turkey hunting in Ohio. It belongs to the hunter who formerly had the lease. He left a lot of his gear behind, including this stand.

It’s a good 20 feet in the air, maybe more, and what you can’t tell from the picture is that trunk with the climbing sticks on it leans out, so you’re not climbing vertically, but you’re leaning back as you go up. Once you reach the top, it’s merely a question of stepping three feet from the ladder to the stand on the next trunk. If one of you deer hunters out there can explain this stand to me, and why it’s necessary to put the sticks on one trunk and the stand on the other, I’d appreciate it.

My host, who now has the lease, would like to take the stand down, but he’s too sensible to climb up and try. I suggested a chainsaw might be the safest way to take it down. He said: “I’m thinking about calling that guy up and telling him to come get his stand so I can watch when he takes it.”