Writing About Conservation in a Post-Truth Nation

A few times a year, I have the privilege of sitting down with a class of college students from the... 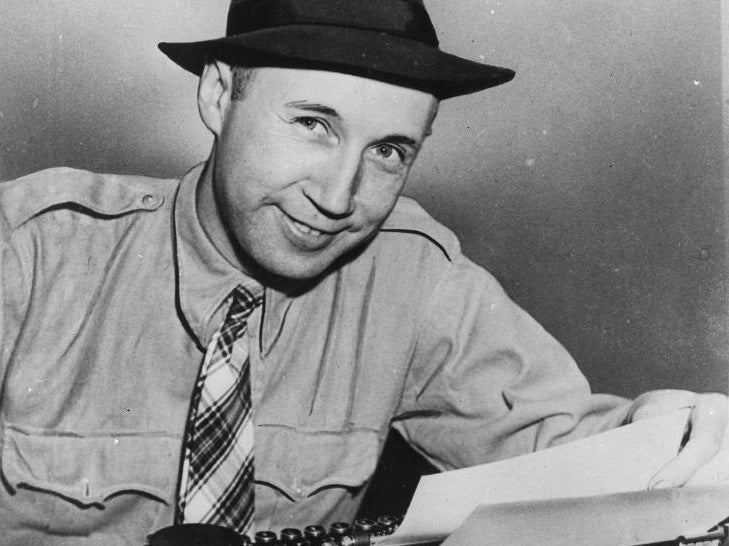 A few times a year, I have the privilege of sitting down with a class of college students from the University of Montana and talking about journalism, conservation, and life and work here on Montana’s Rocky Mountain Front.

I always take away more than I bring, because these are some very serious young people, with a respect for knowledge and history, but with fresh eyes and perspectives on longstanding conflicts and questions . Many of them are majoring in journalism at a time when journalism jobs are scarce, pay is low, and the entire idea of writing and reporting for an audience, for pay, and with the intent of getting the story right, seems to be scorned by Americans on every side and end of the political spectrum.

These students are the bold, the undeterred, the ones committed, even doomed, to following and writing the stories of our time. They are my kind of people.

This year, the class was doing a winter field trip at the Pine Butte Guest Ranch north of where I live, a property owned by the Nature Conservancy that covers the unique Pine Butte Swamp (the year-round hangout of big moose and monster whitetails, and in the warmer months, a lot of grizzly bears) and extends up into the high country between Ear Mountain and Teton Canyon. We met at one of the cabins on the ranch, woodstove roaring, during a cold stretch of December, with the temperatures outside holding around 11 below zero. The plan was to spend one night in the bunkhouses, and then two more on a winter camping and hiking trip on nearby public lands.

In a discussion about writing and reporting, a student asked me a simple question: “How hard is it to be a working writer covering conservation in a post-truth age?”

I cannot say I had not thought of it, reading the comments on my posts here at Field & Stream, and reading the comments (I’m a comments junkie—I love to learn what people whom I will never meet or know are thinking) on major news stories. I’ve seen the simple replies to any story: “This is fake news!” or my favorite, on one of my own recent and uncontroversial stories, “This author is a dipsh**” (which might be true). I’m aware that there are readers out there who refuse to entertain any ideas that conflict with those they already believe. I know there are entire news sites where every story is carefully crafted to support one single political view, sites where even the theory of gravity would not stand a chance against commenters who will post photos of balloons or create images of poodles levitating across the Grand Canyon. We live in a psychedelic Wild West media epoch, a drug-like smorgasbord where we pick only the news that makes us feel relaxed or infuriated, as the need arises within us.

I thought about the question for a few seconds. “Let’s try this. Tomorrow, when you leave for the two-night trip, leave your sleeping bag here at the bunkhouse. Wear running shoes instead of pac-boots. Toss away your snowshoes. Call me up in three days, and see if you still believe that there is such a thing as a post-truth age.”

He didn’t do it, of course. Nobody would. We don’t live in a post-truth age, because there is no such thing.

Anybody who fishes or hunts or travels outdoors knows that. Toss away your sleeping bag and your fire kit, head over the pass for the North Fork of the Sun River at 11 below zero, and you’ll probably die. Mrs. Murphy of the Donner Party didn’t have to “commence on Milton and eat him” because of unproven theories about snowfall in the high passes of the Sierra Nevada. The Donner Party used the Hasting’s Cutoff across the salt flats of Utah and the Wasatch Range, which was a very bad route (and that was not just somebody’s opinion, either). Forget your water this summer on a long hike through the Anza-Borrego Desert, and you’ll find out soon enough that death by dehydration is not just some fanciful tale your junior-high science teacher made up because she was bored.

None of us with any sense will try to ram a .30-06 round into a .308 caliber rifle because some beard-o wearing a tweed jacket and an Irish hunting cap taps you on the shoulder at the range and says sagely, “A .308 will shoot a .30-06 round with near-perfect accuracy. It will pole-axe the most dangerous of game. Now, put your back into it, old boy, and close that bolt!”

Rain did not, and never will, follow the plow, no matter what the boosters of prairie land sales said in the late 19th century.

The Russian Bolshevik “scientist” Trofim Denisovich Lysenko (great photo here) really was a crackpot, even if Josef Stalin killed off or imprisoned everybody who pointed this out at the time. But the slaughtered critics of Lysenko were right: weeds really won’t turn into wheat, and rye won’t turn into barley, and taking photos of giant cabbages made out of paper mache to prove you can grow food in frozen ground won’t stop people from starving, and saying that people aren’t starving won’t stop them from dying.

(But Lysenko did give us one of my favorite words: “Lysenkoism,” which refers to any effort to suppress legitimate scientific research or findings in favor of invented theories that are approved by the political powers of your time.)

No matter how many emails you get from him, there’s not really a Nigerian prince imprisoned in Lagos who will put his $10 million fortune in your bank account if you will send your account numbers and passwords to him.

I took that question very seriously, with those young people, on that freezing, darkling winter afternoon, because it is a cold and competitive world we live in, and believing in lies—believing that there is such a thing as “post-truth”—will cost us. We have something that no one else on earth has: public lands to roam, huge rivers and small streams clean and full of fish for the catching, bugling elk in snowy mountains, salt marshes teeming with speckled trout and redfish, skies, on the right days, dark with waterfowl. These are our assets and if we want to keep them we cannot allow ourselves to be fooled.

I’ll relate here what I told the students: I have what I consider the most interesting job in the world. Basically, I wander around and look very closely at the subjects that interest me the most. Since I have been a (somewhat fanatical) fisherman and hunter since early childhood, most of my interests are related to those pursuits, neither of which exists without the careful protection and conservation of the waters and landscapes that support fish and wildlife.

I work with the idea that I’m writing for my friends who are interested in and concerned about those same things, but who are too busy working at their jobs and raising their families to do the research and the interviewing and the travel to really learn about them. That is my job. I take it seriously. I try to do it by honoring the truth—by finding out where the preponderance of the evidence lies, by looking for that argument that is the closest to irrefutable. I’ll steer clear of what I hope the story is, expect it to be, want it to be, in favor of getting as near as possible to what it really is. I’ll question every bias I have except for these: that hunting and fishing are keystone elements of our republic, and that clean water and places to experience the richness and glory of our lands and waters and wildlife are our natural rights, not to be abrogated by anyone, at any time.

I go out and look closely and I report to my readers what I find out. That’s all. To say it metaphorically, I might write a story that explains how, in some months of trying, I simply couldn’t find the wealthy, frenetically emailing an imprisoned Nigerian prince in need of assistance and bank account numbers. If you still want to send your bank account numbers to him, gambling that he is real and that you’ll share in his millions, that is certainly your right. You can write in the comments section of my story that I am a dipsh**, or worse. But I won’t let you send my bank account number to that prince.