Ignore the “right” way Phil’s been suggesting all these years. Here’s how to really nail the shot 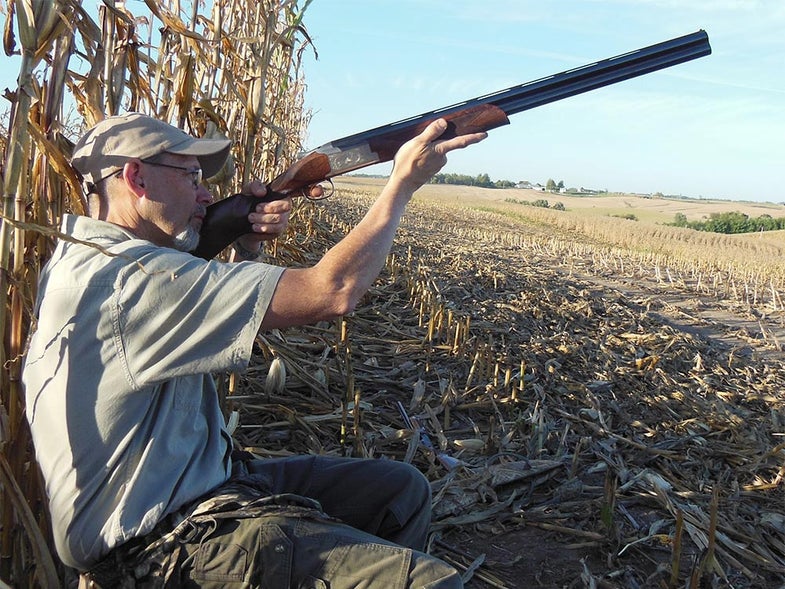 The author mounts his gun to an incoming dove. Phil Bourjaily
SHARE

My latest lesson from the dove field: Sometimes doing things “wrong” turns out to work better than the right way.

I have written may times in the past that when a dove is coming toward you, the best way to help yourself miss it is to mount the gun early and track the bird as if you were an anti-aircraft gun. Instead, you should mount slowly to the bird’s beak, shooting when the gun meets your shoulder.

No doubt this is great advice…for someone. It doesn’t work for me at all, no matter how much I believe it or how many times I write it. When doves come right at me at eye level, I get paralyzed, mount the gun too late, and wind up making an easy shot way harder than it should be as the dove streaks by at close range. Springerman3 watched some low incomers eat me up in a sunflower field the other day and asked, “Why don’t you try mounting your gun sooner?”

Next time a dove came at me, I mounted the gun on its beak as it approached good shooting range. The barrel actually blotted the bird out of my sight. Since, like most incoming doves, it was quartering slightly—not flying right at me—it emerged from behind the gun barrel. With the gun already mounted, all that remained was to swing in front of it and pull the trigger. It was almost like a trap shot, but coming at me instead of going away; see the bird, swing the mounted gun in front, and shoot. A little while later, I had the chance to try the same method again, and it worked just as well the second time. All of a sudden, my problem shot was the easiest shot in the world, and I had added the anti-aircraft mount to my dove-shooting repertoire. It’s not the wingshooting form I believe in, but it works and I’m going to keep on doing it.

With crossing birds and sharply quartering in birds, and even high incomers, I am still much better off mounting and shooting the “right” way. When they come right at me, I’m going full AA gun mode on them.