Standout products that deserve mention before 2018 is forgotten 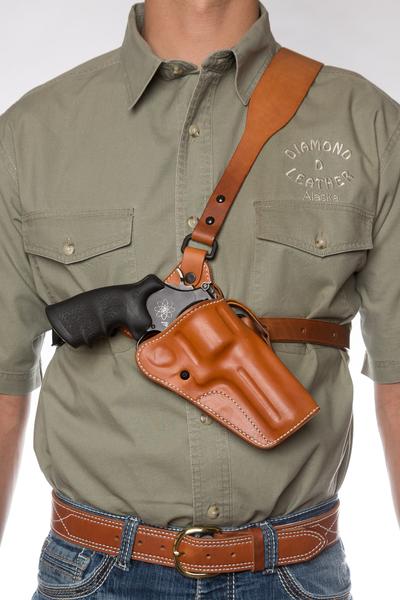 As the unlovely year of 2018 slides into the grease trap of history, it’s time to tie up some loose ends.

Over the years, a number of holsters have brought joy to what passes for my heart. One is the austerely plain Premier Express, which is made by Mitch Rosen, and fits the pistol as though it was sprayed on. A second is a convertible holster made for a 1911 by Chris Kravitt of Treestump leather. I can wear it on the right side for a conventional draw, or on the left for a cross draw. It’s a full-fancy rig. Mr. Kravitt, who can do with cowhide what Da Vinci did with paint, let the badger loose on this one.

The third is the Diamond D Leather Guide’s Choice Chest Holster. I’ve used one for two years now, and just got a second for an S&W Model 617. It neatly solves two problems for people who carry full-size handguns all the time, outdoors. The first problem is how to keep the gun out of the way and at the same time have it accessible; the second is how to keep the holster from filling up with rain, sleet, and snow. The answer is to both is to keep the holster flat against your chest at diaphragm level, with your coat over it. The idea works so well I’m still shaking my head.

The suspension system is absurdly simple; you won’t even have to look at the directions to see how it works. It’s also very comfortable, even with a big handgun. The work is first class; excellent leather, stitching, and hardware. This is not a concealed-carry rig, although in winter with a big coat zipped over it, it’s hard to spot. It’s for packing a full-sized handgun day in and day out, doing all manner of things, without the hardware getting in the way.

Recently, I shot up the last of my ancient .22 ammo and went looking for new ammo to shoot up. I turned off the beaten path, .22-ammo-wise, and ended up with two winners that you should know about.

The first is Eley High Velocity Hollow Point. It fires a 40-grain HP lead bullet at 1,250 fps. What sets it apart is its case, which is black-oxidized brass. If I’m reading their website copy correctly, the black oxidization gives the case a better grip on the bullet, which in turn results in more consistent powder-burn and greater accuracy.

I’ll take their word for it. Eley has an unsurpassed reputation for accuracy, and this is the most accurate .22 hunting ammo I’ve ever shot. At 25 yards, five-shot groups could be covered by a dime. All of them.

The one catch is that the 40-grain bullet seems to have been superseded by a 38-grain slug. The former is very hard to find, and seems to be obsolete, but if you can find some, grab it. The new 38-grain ammo comes in a 300-round “rec pak” which I assume means recreational pack, for around $60. It’s a sensible way to buy .22s. You can get it from creedmoorsports.com. There’s no reason to assume that it won’t shoot as well as the older ammo, or better.

CCI contributed the other ammo. It’s called Velocitor, which sounds like it has something to do with Marvel Comics, but refers to the fact that its 40-grain HPs travel at 1,435 fps, which is considered hyper velocity. Usually, .22 ammo that develops this kind of speed is less accurate than high velocity. Velocitor, however, shoots very well. My average for five-shot groups at 25 yards was .448*, which is just fine.

Velocitor’s hollow-point design is adapted from Speer’s Gold Dot technology. Rather than fly apart, these bullets retain all of their weight, expand in a highly controlled manner, and penetrate extremely well.

I tested this on bars of saddle soap stacked one in front of the other. The entrance hole was .345; the exit hole .564; the next entrance hole .582, the next exit hole .746. All of the holes were perfectly round and showed steady and progressive expansion.

Velocitors are not as hard to find as Eley hollow points, but all the same, not everyone has them. I got mine from MidwayUSA.

* My .22 rifle for the last dozen years or so has been a New Ultra Light Arms Model 20 Rimfire. Melvin Forbes makes it in single-shot and repeater models, and I have the single-shot because it forces you to slow down and shoot carefully, rather than pouring ammo through the gun. I’ve shot a number of Model 20s, and have never come across anything that would group with them.