This fruit won't be around for long, and it won't be in your grocery store at all—but don’t miss it 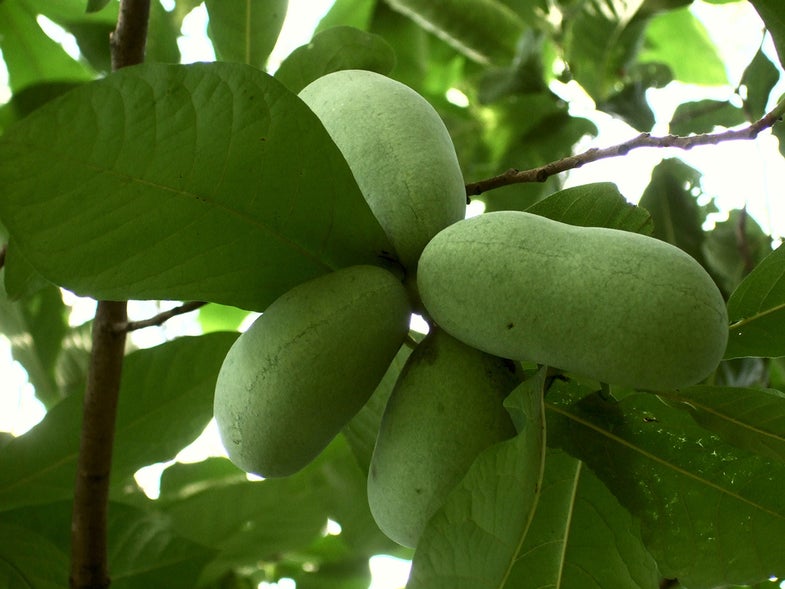 Pawpaws, which grow in 27 contiguous states in the East, South, and Midwest, are the biggest, tastiest, and most ignored of American fruits. Every year, it seems, I write about hunting and picking wild fruit. These are consistently my most ignored blog posts. And, since nothing is more important than pleasing readers, I’m doing it again.

Here’s why. The older I get, the more clearly I see that what’s important about hunting and fishing is how they connect us to the cycles and rhythms of the universe at a time when we’re becoming more disconnected from it by the millisecond. The ancients had a level of knowledge and appreciation of the world around them that we can scarcely imagine, let alone match. There’s joy in plugging into that energy. There’s also something sacred about it. It’s a way of affirming both the miracle and the impermanence of our existence, the joy and the terror. We outdoorsmen plug into bits of this—the rut, the annual arrival of waterfowl, the spring awakening of bass that head to the northernmost south-facing part of a lake. But too many of us stop there. And that, to me, is a shame. Because it’s all around us if we take the time to look.

Pawpaws resemble big green kidneys growing in heavy clusters on slender trees along waterways in floodplains. You shake the tree—gently, as it’s easily damaged—and the fruit thuds down around you. I’ve been hit in the head by some big ones. The best way to eat them is on the spot. The flesh is sweet and custardy, a blend of flavors you don’t and wouldn’t expect to find in this country: banana, mango, and pineapple. Your first will blow your mind. Where did this thing come from? You feel like it should have to show you its visa.

In colonial America, this fruit was highly prized, and there were high expectations of a commercial market for it. Chilled pawpaws were George Washington’s favorite dessert. They were abundant, easy to harvest, and sweet. Thing is, it never happened. Pawpaws have almost no shelf life, bruise easily, and—despite what some people say—lose their distinctive flavor when cooked or frozen. The pawpaw is almost willfully noncommercial.

That’s why I subscribe to Paula Smith’s advice on how to enjoy them. “I’m telling you, honey. Best thing to do is pick ’em up, slice ’em open with a knife, suck down the fruit, and spit out the seeds right where they hit the ground.” While you’re doing this, you may get ambushed by something you were neither seeking nor expecting. That the world around you and your place in it has become more vivid. That the fact that this moment comes once a year—if it comes at all—is also insistent and vivid. That the moment of ripeness won’t last long, and when it’s gone, it’s gone for another 12 months. So you might as well squeeze it for every drop of sweetness you can.

In this, a pawpaw is just like life itself.