Yet More on Freezing

From mittens to boots to rifles, more tips on being outdoors in frigid temperatures 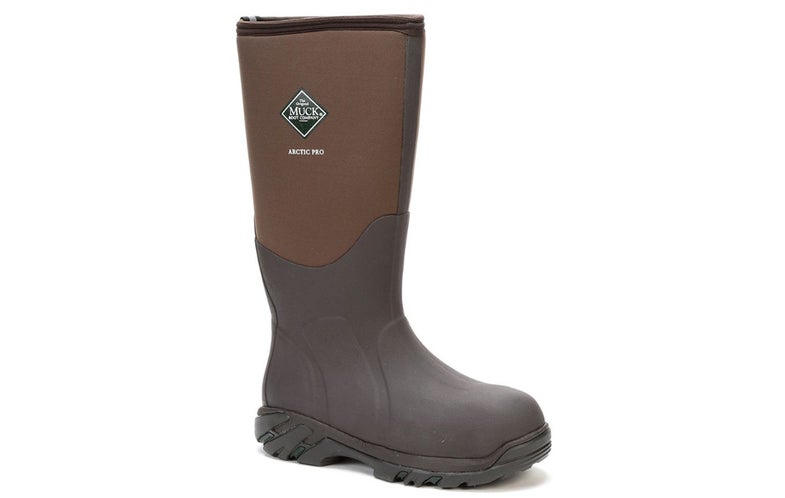 If you’re as old and inflexible as I am, you may be unable to perform the contortions required to put snowshoes on your boots. My solution is to take off the boots, put the snowshoes on them, and then put the boots on. Much, much easier.

About tape on the rifle muzzle. I’ve found that electrician’s tape and camo tape both stick to themselves well, so I cross two pieces over the muzzle and then wrap a third strip around the barrel to keep them in place.

I have found that WD-40 freezes nicely when it gets cold. This happened to me in 1973 in Montana. I had a Weatherby .340 with a Canjar trigger, which was built to very close tolerances, and being inexperienced, I squirted WD-40 all over it. When I took the rifle out in the cold (it was around zero), it gummed up, and when I racked my first round in the chamber, the firing pin went forward onto the primer. Because I didn’t slam the bolt, the rifle didn’t go off. I took the barreled action out of the wood and poured maybe a gallon of boiling water through the Canjar. It was fine after that.

Do not bring your ice-cold rifle into a warm tent or cabin. It will sweat, and when you take it outside again, the water will freeze. Find a nice eave to hang it under, where the snow and sleet won’t get on it, and don’t hand it any radical temperature changes.

The Army says the number of calories you need for working hard in the cold is variable and difficult to predict. Their estimates range from 3,300 a day to 4,600. I am all for eating lots. The thing is to pack it away continually. I carry a brown paper bag with a couple of sandwiches and all sorts of sleazy candy bars, and am at it more or less nonstop.

Gloves. If it’s really cold, gloves are not of much use. What you need is mittens. The best I know of are Army-surplus mittens with a trigger finger and removable liner. There are several generations of these around, and designs from different NATO members, so give them all a look first. And remember that if you touch bare metal when it’s very cold, your hand will come back to you minus the skin.

Boots. I’ve been using the Muck Boot Arctic Pro rubber boots for six years and like them very much. They’re rated down to minus 60, which I think is optimistic, but otherwise they’re fine. They fit snug enough around the ankle that you can actually walk in them. Also, they warm up almost instantly when you put them on. I leave mine outside and put them on without socks when I wade through the snow to get the paper in the morning.

The best boots, by reputation at least, are the black Army Mickey Mouse boots which are for wet and cold conditions and are good down to minus 20, and the white Bunny boots, which are for dry walking and can hack it down to minus 60. If it were me, I’d look for a pair in new, unissued condition. If you get used ones, you never know whose feet were in them before you. It might have been an enlisted man.*

And then there are mukluks, which I haven’t used but which my friend Tony Atwill has, and he says they work. He wore them ice fishing, and reported they were good down to some ungodly temperature. Mukluks are based on a loose fit that enables them to pump air in and out and keep your feet dry. I believe his were made by Steger, in Ely, Minnesota.

I hope it gets warmer soon.

*This is one of those things that I think happened, but it was so long ago that I can’t really be sure. When I was in Basic Training at Ft. Dix in New Jersey, in December 1963, we had a hell of a snowstorm. The cadre had our company grab our entrenching tools and marched us over to Officers’ Housing to shovel sidewalks. As our group neared the houses, one of the officers’ ladies (this is how they were referred to then, not as wives, and maybe the practice still holds) stuck her head out the door and yelled to her kids, “Come indoors quickly, children, the enlisted men are coming.”

As I said, I think I remember this. And here’s a question: Assuming there are female officers with civilian husbands, how are the husbands referred to? Anyone know?