You Need to Read the Latest Gun Digest 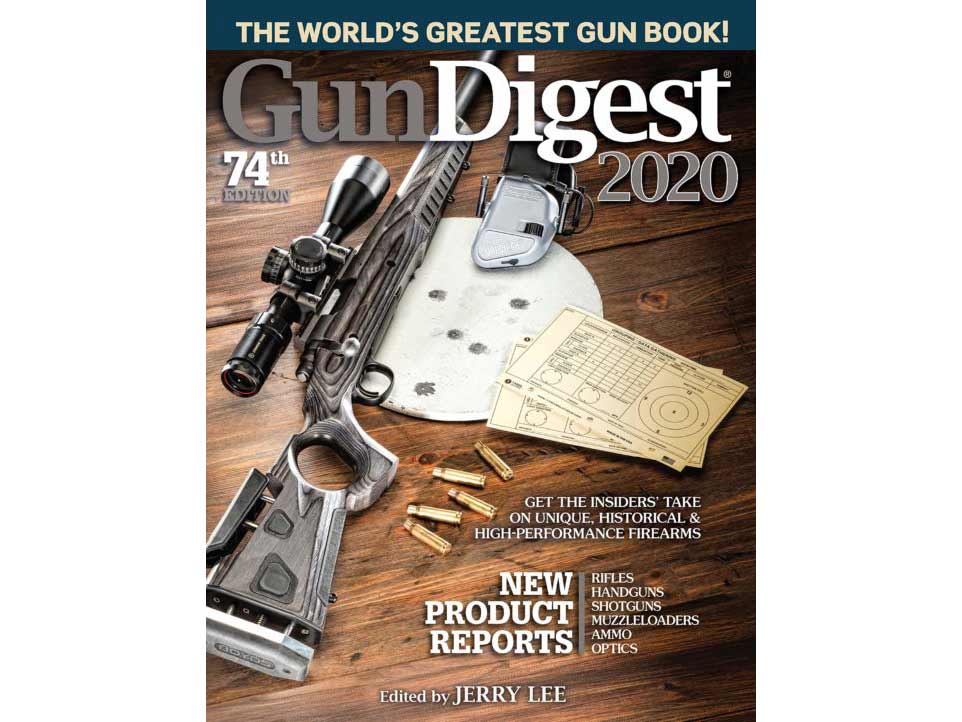 Let us now reflect on the Gun Digest, which has morphed into an institution, an industry, an august elder statesman of the gun world. It was first published in 1944, and in 1951 it was taken over by John T. Amber, a gun nut of truest ray serene*, and a man of erudition, charm, and a sure sense of what people wanted to read. Amber’s editorship ran until 1979, when he was succeeded by Ken Warner, who was as good an editor as Amber, and an even better writer.

Between them, Amber and Warner built GD into a colossus. It was a catalog where you could get a handle on everything that went bang and was for sale, and it was also the gun publication of record. From the very beginning, GD got the top writers in the business to contribute**. If you were published in Gun Digest, it meant you had arrived.

Amber and Warner also shared something else—a sense of what was important to shooters. Both were interested in the odd and the unusual, but they also had a very firm grip on what people could use. This is a very useful quality if you wish to stay employed as an editor.

(An example: In the mid-1960s, John Amber published a piece by Bob Hagel on how to correct rotten trigger pulls and lousy bedding in the pre-64 Winchester Model 70. At the time, that rifle was revered as an icon of gunmaking, but Amber knew that a lot of the pre-64s were junk, and had the guts to acknowledge the fact.)

But then Warner left, and the Gun Digest seemed to slide. The big-name gunwriters disappeared, and the stories became odder and more trivial.

And so a month ago, when I was asked if I’d review the 2020 GD, I agreed reluctantly.

It was like meeting a friend returned from the dead. Jerry Lee, who took the helm in 2013, has brought back not only first-rate writing (Terry Wieland, Wayne van Zwoll, to name a couple), but first-rate photography, much of it in color, some fine new writers (Max Prasac, for example), and best of all, the same tone and feel that the old Digest had. Mr. Lee has struck a nice balance between the new and the traditional. There are pieces on the ancient .470 and the .375 H&H, and they’re both fresh and interesting, although that would seem impossible at this late date.

The catalog is there, vast and inclusive as ever, and even more important than before in this era of internet chaos. It’s the one place I know of where you can get a handle on everything.

We are all indebted to Mr. Lee.

* I stole this phrase from Jack O’Connor, because if you’re going to steal, steal from the best. But I always wondered where O’Connor swiped it, and it turns out that the person who thought it up was an obscure English poet of the mid-18th century named Thomas Gray. On the other hand, when O’Connor wrote, people were much better educated than they are now, and they probably recognized the phrase as Gray’s work, so it wasn’t really stealing.

** If you read the old GDs from the 50s and 60s, you’ll see the work of a writer named Peyton Autry whose prose bears an astonishing resemblance to that of Warren Page. That’s because Peyton Autry was Warren Page. I have no idea why Lefty would write, in the same issue, one piece under his own name and the other under a nom de plume.

There’s also a piece titled, “Tell Me, Elmer,” written anonymously, which recounts an alleged argument between Page, O’Connor, and Keith, on the merits of big-game cartridges, and is a very good, and biting, satire of the three. I always assumed O’Connor wrote it, but it turns out to have been Bob Bell, who reviewed optics for GD for years and years.