The 10 Most Overrated Cartridges

The 7mm Mag, the 9mm, the .22 Mag, and seven more rounds that fall short of their billing 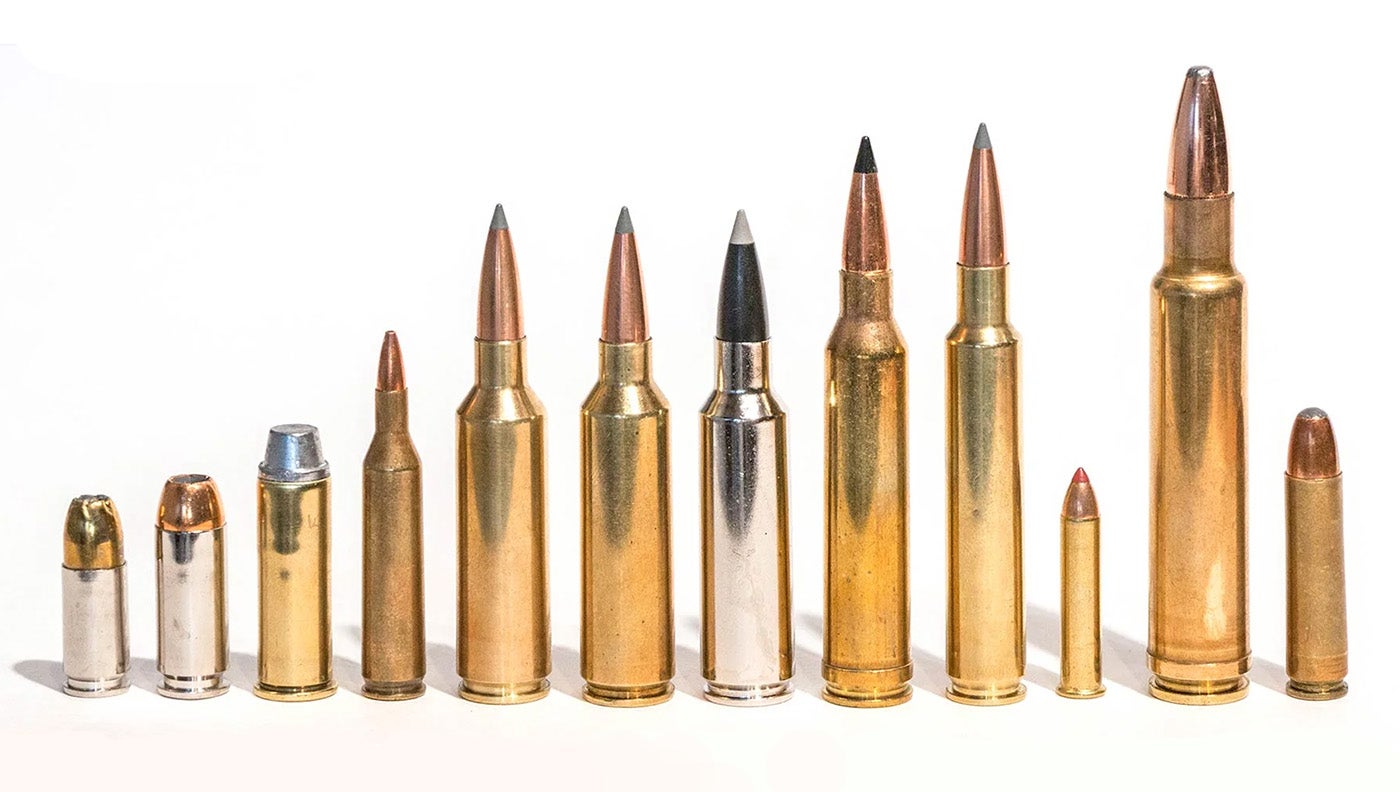 When you read this, do not, pray, confuse “overrated” with “bad” or “unsuccessful.” The 9mm Parabellum, for example, is one of the most popular and heavily produced cartridges in the world, and has had a long, long life. But for all its success, there is some nagging doubt about its effectiveness. Does it really pack the power necessary for cops and soldiers and other people who may have to stake their lives on it? And there’s the 7mm Remington Magnum, which has slain game by the freight-car load, and is a perennial high seller, but the round’s ballistics fall short of its “magnum” billing. And so it goes.

Below are 10 cartridges, however useful or successful, that aren’t what they’re cracked up to be. Argue among yourselves. Leave me alone.

Read Next: The 10 Most Underrated Cartridges

I shot my first .17 caliber—it was a wildcat called the .17 O’Brien Mach IV—in 1976 on a prairie dog hunt, and noticed two things about it: First, the wind, no matter how light, toyed with its tiny bullets; second, a not-insignificant number of prairie dogs dragged themselves off to die rather than expiring instantly. I next used a .17 30 years later, and saw exactly the same thing. The combination of miniscule bullets and hyper velocity may have some entertainment value for some hunters, but for whatever is being shot, it does not.

To do a fair and complete job of reporting on this one, I’d need most of the space on the internet. On the one hand, the 9mm, which has been around since 1902, is the most widely used handgun cartridge in the world. It’s effective in submachine guns and, with the most modern bullets, does OK in handguns. Police departments like it because ammo is cheap, and because it kicks very little. On the other hand, with ball ammo, it’s marginal. Organizations with real knowledge of violence and proficiency in its execution, such as the Texas Rangers, use the .45 ACP.

Specifically, the .270 WSM, the 7mm WSM, the .300 WSM, but not the .325 WSM. Very short cartridges with hardly any case taper and sharp shoulders have been overwhelmingly successful in competition shooting where they are single-loaded. But their ability to feed reliably ranges from lacking to nonexistent. Ballistically, they won’t do anything that standard cartridges won’t.

When Remington came out with this highly successful cartridge in 1962, they missed the boat. Warren Page, who advocated for the idea, had in mind a more powerful round, and the fact is, if you put a 7mm Remington Magnum and a .270 on a chronograph and see what both do in real life, there’s hardly any difference. Except the magnum kicks more, and the ammo is more expensive.

There is a 7mm magnum with true magnum performance, but Weatherby makes it, not Remington.

This round was designed for the FBI when the Bureau found the 9mm woefully inadequate. The thinking was that a cartridge with a heavy bullet and considerable velocity would have the stopping power of the .45 ACP plus much greater range, and so it was. Except the 10mm kicked. The FBI got an allotment of 10mms in 1983, tried them, and said no thanks. Unlike the .45 ACP, which can be shot very quickly and very accurately, the 10mm can’t. It’s too much of a good thing.

This is the revolver equivalent of the 10mm Auto. Introduced in 1963, it was intended to address the shortcomings of the .44 Magnum for law-enforcement use. But it didn’t. It fires a big bullet at high velocity, and is still far too powerful for police work, but at the same time it lacks the potency of the .44 Magnum on game.

Back in the 1950s, a gunsmith named P.O. Ackley hit on a formula for increasing the powder capacity of standard cartridges by blowing them out in an “improved” rifle chamber. This took away much of the body taper, sharpened the shoulder, and gave you room to put in more powder and get higher velocity. This was before chronographs became common, so the idea caught on. Sooner or later, every cartridge on the face of the earth had been “improved.”

Simply blowing out a case gives you maybe 100 to 150 fps more than what you were getting. It ain’t worth the trouble. You have to burn great gobs of additional powder to get 300 fps more, which is about the minimum that means anything.

I’ve tried the .280 Ackley Improved, and found that to get any increase over the standard .280, I had to load to such pressures that I was blowing primers. Who needs that?

It’s been around since 1959, and is by any account a commercially successful cartridge, but I’m damned if I can see why. On the one hand, it’s more powerful than the .22 LR, but on the other, it gives you only 25 yards (or so) more effective range. It has neither the low cost of the .22LR or its accuracy. In fact, I can recall only one .22 WMR rifle that shot well—a Sako Quad. Maybe, somewhere, there are thousands of tack-driving .22 WMR rifles…but they haven’t found their way to me.

This is a true beast of a cartridge, and it holds so much powder that, when it was developed in the early 1950s, Federal had to invent the 215 Magnum primer to ignite all the propellant it held. The .378 is a true high-velocity cartridge that fires heavy bullets. It will do everything that Weatherby says it will. It crushes stuff up close and flattens stuff at long range. But it does so at the price of fearsome recoil. The rifle comes back so quickly that you can’t roll with the punch. The very first round I ever fired from a .378 smashed the frame of my shooting glasses.

It’s the only rifle cartridge I’m afraid of. And I’m fearless.

It’s no secret that the Army’s Ordnance Department has picked some real dogs to issue to our soldiers. But the worst of these was the M1 Carbine. In addition to its other faults, the gun was woefully underpowered. Its popgun cartridge was not much more than a pistol round. It was also short-ranged and inaccurate.

I knew a former GI who threw his carbine away after he had to put 15 rounds into an SS landser during the Battle of the Bulge before the German realized he was being shot and fell down.

I know of a Marine lieutenant who, at the Battle of the Chosin Reservoir, threw his carbine, bayonet fixed, at a Chinese soldier, and killed him. Apparently the worthless little gun worked OK as a spear.