10 Traits of a Perfect Dove Gun

If you’re in the market for a new dove hunting shotgun, you’ll want to know what to look for 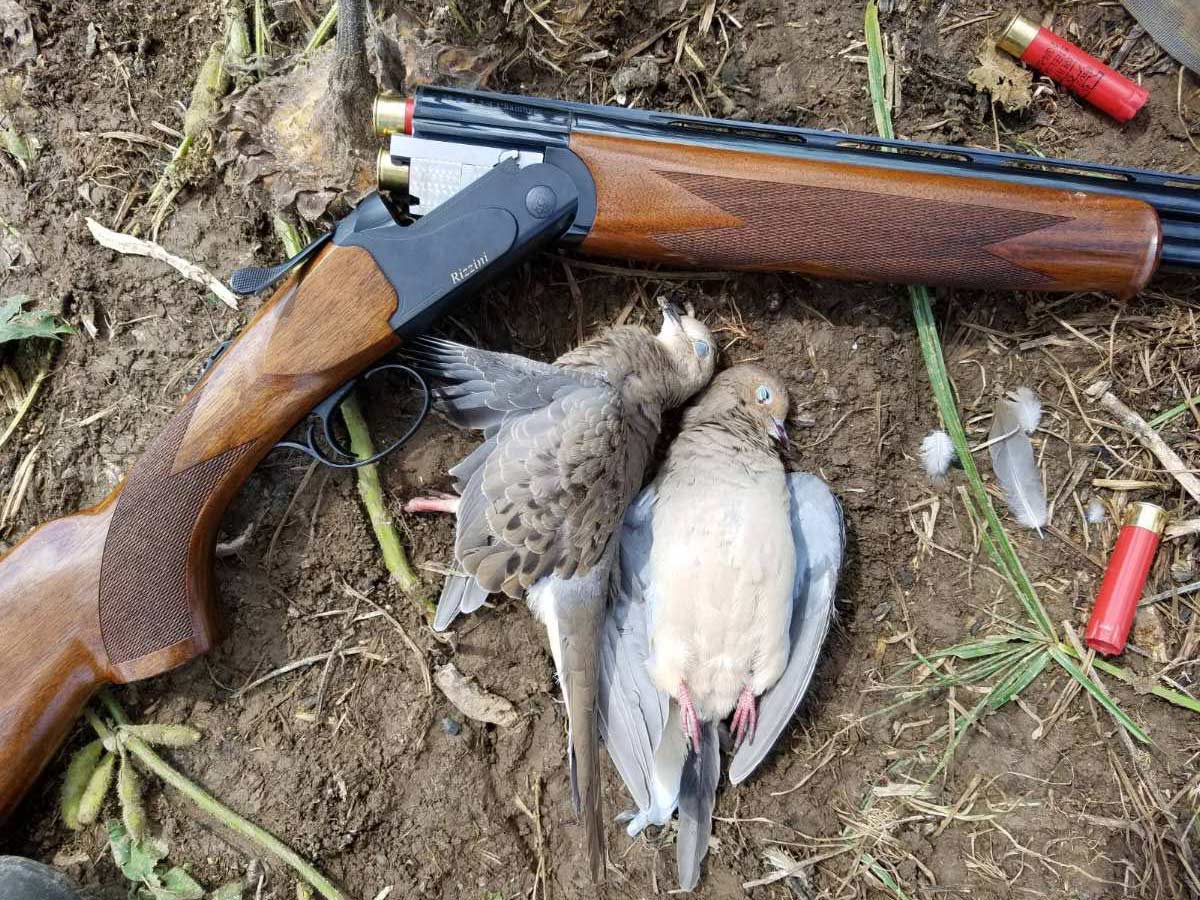 When my home state of Iowa finally got a mourning dove season eight years ago, I felt like playing catch-up to make amends for the previous thirty or forty doveless years. My now-departed waterfowl gun—a 12 gauge Beretta 391—got the nod as the gun I owned that would make the most efficient dove killer. And it was deadly. I shot enough doves with it that I eventually felt I could step down to smaller gauges and break actions. But, if I had to feed myself on the doves I killed I’d need a lot of doves, and I’d want that 391 back. It had all the traits a dove gun needs to shoot a limit. I’m not saying you need to rush out and buy one, but I’ll use it here as an example of a gun that checked all the boxes a dove gun needs to check. Here they are, roughly in order of importance:

Gun fit always matters, and the variety of shots you get in the dove field and the evasive flight of mourning doves makes it even more important. The 391 came with both stock shims and spacers so I could tinker with drop and cast, and I could lengthen the stock so it fit me properly in t-shirt weather.

Like most modern guns, my Beretta had choke tubes, and I’d screw in the Improved Cylinder for the duration of dove season. Ballistician, Tom Roster’s dove study conducted with Texas Parks and Wildlife showed that most hunters go over-choked for doves and that IC yields the best results at the ranges most hunters can hit a dove.

One of the best things about dove hunting is that you get to shoot a lot. As a gas-semiauto, my gun didn’t kick much. That helped me get back on target for follow-up shots and it was a plus on those days when it took a few extra shells to finish up a limit.

My gun weighed nearly eight pounds, making it sure pointing and steady, and its weight combined with the gas system to further lower recoil. A lot of people think since doves are small and fast, they need a light fast gun. Save those for hunting grouse and woodcock. Dove hunting is like waterfowling in miniature, and smoothness beats speed in the dove field.

With a 28-inch barrel, the 391 had a slight weight-forward balance that made it easy to swing smoothly on the crossers and overhead incomers that comprise a lot of the shots you get at doves. My current 28-gauge dove gun is quite light, at under six pounds (lighter than I’d prefer for doves, actually) but, it has 30-inch barrels that add enough weight forward that it shoots “heavier” than it is. Weight-forward balance can make a light gun easier to shoot.

If you want to maximize your chances in the field, choose a semiauto. Semiautos give you the three shots of a repeater without the distraction of pumping the action. The third shot comes in handy, and it’s easy to top off a semiauto’s magazine, too, and still be ready to shoot. Break-action guns are always empty, broken open for loading, just when an easy incomer floats by.

My 391 had a plain metal bead, which is my preference. The best bead for a shotgun is the one you won’t look at. The bead is only there to help you be aware of the muzzle in your peripheral vision. Once you start “drawing a bead” you’re aiming, and aiming leads to missing, especially with doves that can dip underneath your gun barrel at the last instant. If a bright fiber optic helps you keep track of the muzzle without looking at it, use it. If it pulls your eye off the target, you’re better off with a plain bead.

Your gun should work reliably. Dove hunting is supposed to be fun, and struggling with a gun that doesn’t cycle is the opposite of fun—and it costs you shots. Berettas and Benellis are the guns of choice among South American dove hunters for a reason: They will shoot more rounds in a day than most U.S. dove hunters shoot in a season. My 391 never had a bobble in the dove field, leaving me free to focus on enjoying the hunt.

Berettas and Benellis aren’t the only reliable shotguns made, and shooting a 15-bird limit doesn’t stress a gun like shooting 1500 shots in Argentina will, but you want a gun that will get you through the day’s hunt. That said, one of the good things about dove hunting is that the car carries your gear. If you want to bring an extra gun to the field in case one starts acting up, it’s usually not a problem.

My gun was a 12, for which I make no apologies. When you need to reach out for tall doves, the extra 1/8 ounce of shot the 12 offers over the 20 gives you another five yards of effective range. Likewise, the 20 enjoys a few yards’ edge over the 28. .410s are for very close shots only. I often shoot 20s or my 28 at decoying doves now, but if the wind blows and the doves are skittish, I find myself wanting a 12 gauge.

The world is full of much more sensitive shooters than I. Whenever I review a gun and neglect to mention trigger pull, I hear about it from disgruntled readers. Honestly, I can’t tell the difference between a 3-pound trigger and a 10 pounder when I’m shooting at birds, but apparently, many of you can. I had a Briley trigger job done on my 391 just to see if I could tell the difference. I could when I dry-fired, but not in the field. But, whoever owns that gun now probably appreciates that trigger more than I ever did, and a clean trigger helps you touch off the shot at just the right time when a dove is juking in the air.

This is a bonus category, and it’s the one area in which my gun was sorely lacking. As a black, plastic-stocked, utilitarian 12 gauge, there was just nothing cool, fun, or interesting about it. Dove hunting is a social event sometimes, and no one ever ooohed or aaahed when I uncased the 391. Now that I no longer feel the need to catch up, I like to bring a gun that’s a little dressier, even when I hunt alone.