10 Ways to Beat the October Lull and Get Your Buck

Don't dread the so-called lull. Buck activity is actually on the rise now. But you need to change your tactics to score 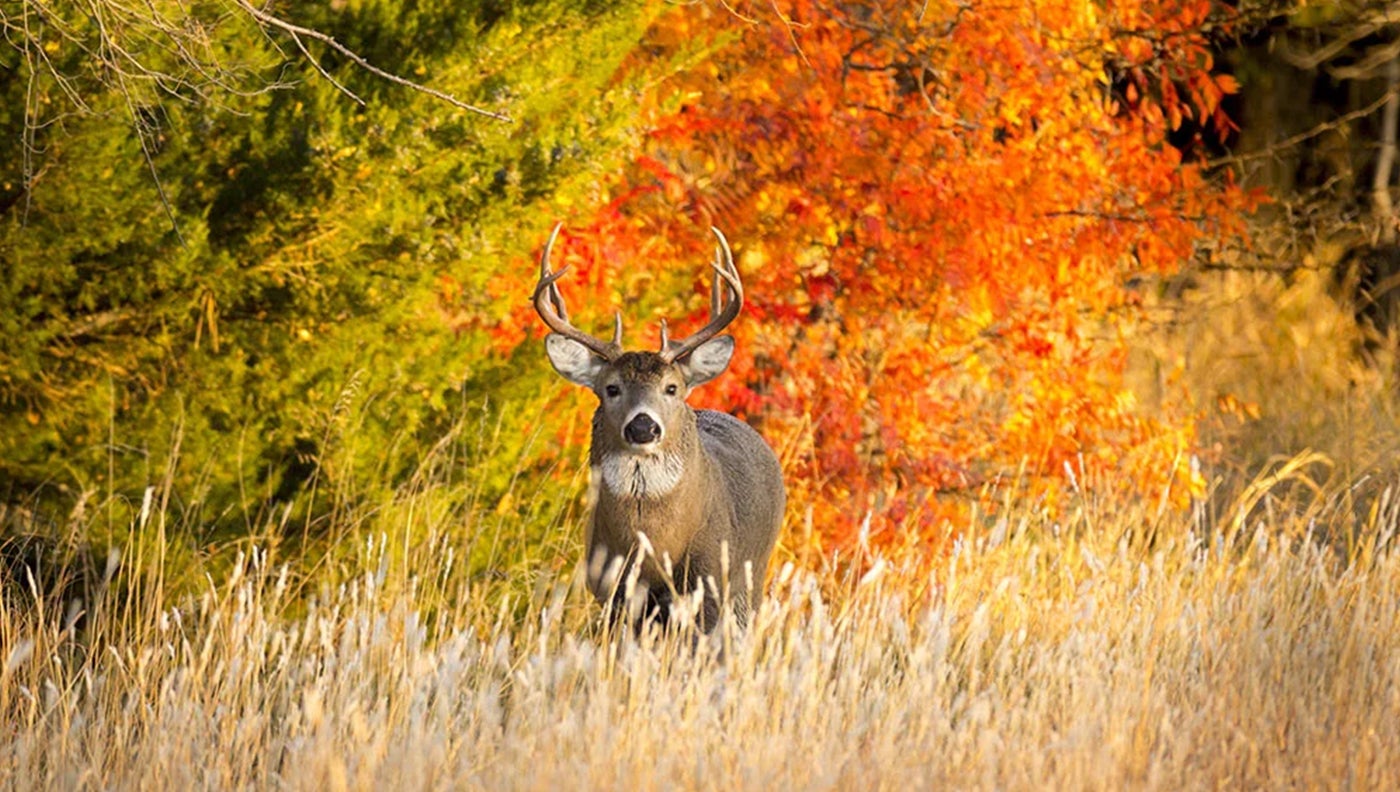 This buck is on its feet, despite the so-called October Lull. Shutterstock
SHARE

So your bucks have suddenly stopped showing up at the bean fields and clover plots that were so hot in September, right? It’s the dreaded “October Lull.” Maybe you’re thinking about sitting it out until the deer start behaving again. Only thing is, the deer are not the problem. Multiple telemetry studies have shown that buck activity steadily increases through the fall, peaking with the rut. In other words, the problem is…um…you. But this is a good thing. It means that the deer are on their feet during the so-called lull. You’re just not seeing them. Here’s are 10 ways to fix that.

1. Speed-scout oak groves and hunt over the acorns.

If you’re hunting field edges, it can seem like the deer vanish during the lull. In all likelihood, you’re just not seeing them during daylight because they are too busy munching acorns back in the woods. Of all the new forage that becomes available this time of year, acorns are number one. So, spend a midday speed-scouting (while avoiding known bedding areas). Find a combination of newly dropped acorns and fresh buck sign—and you’ll be right back in the game.

Or, they are too busy chomping apples or pears or persimmons back in the woods. Favorite soft-mast trees are often located in brushy, second-growth staging areas just off the main feed, and you can find them quickly by starting at a field or food-plot entry trail, and walking that back anywhere from 20 yards to a couple hundred. Like with the oaks, you’re looking for freshly fallen fruit, tracks, droppings, and especially rubs or scrapes. Set up on the hottest sign.

When you stop seeing bucks in one field, it may simply be that they’re feeding in a different one. Deer commonly shuffle food sources as crops dry out, get zapped by frost, or are harvested by farmers. A freshly cut cornfield, for example, will pull bucks off their previous feed almost before the combine leaves the field. Take an evening or two off from hunting, and spend prime time glassing your area to relocate feeding bucks.

4. Switch up you stand location.

If you’ve been hunting your favorite permanent stand sites, there’s a good chance that the reason you’re not seeing bucks anymore is because they’re on to you. It doesn’t take long for deer to pattern hunters. Grab a climber and make a move. Sometimes, just a 50- or 100-yard shift can put you back on a buck.

5. Hunt the rut in October.

Dude, the rut isn’t for another month, you may be thinking. But there are always a few does that come into estrous early. And there are always a few bucks that are raring to go, right now. It’s not too early to switch to rut tactics. Rattle, call, or stake a buck decoy to pull in that one ultra-aggressive brawler, especially if you have spotted a buck in the area that’s acting like he is king of the hill.

6. Hunt the earliest scrapes you find.

The big flurry of scrape-making won’t happen until the tail end of October in most areas. But the biggest bucks are beginning to open primary scrapes in the woods right now. I put a camera on just such a scrape in early October this year, and in a matter of days got pictures of four different bucks hitting it regularly at around 8 a.m. Find those first scrapes, hang a camera, and if you get daylight pics, get on it.

7. Walk a rub line back to ambush a buck.

If a buck won’t step out of the woods until after dark, you’ll just have to get in the woods with him. Look for a field-edge rub that’s part of a rub line leading in the direction of the buck’s bedding area. Walk it back a short distance and set up with a climbing stand. If he doesn’t show the first evening, walk it back a little farther each evening and try again. It’s an aggressive move, but it can pay off big.

8. Wait for a break in the weather.

One reason bucks may be waiting until after sundown to move is warm October weather. But even a slight dip in temperature, cloudy weather, or a light rain can get those bucks on their feet a little earlier. Keep an eye on the weather, and when the forecast calls for a break in the heat, get out there.

9. Hunt over water for October bucks.

That said, if your only options are to hunt when it’s hot or not hunt at all, then go and set up near water. On warm afternoons, bucks are apt to get a drink just before heading to a major food source. A pond or creek in a staging area is the perfect place to take a stand now.

Sometimes the smartest play is to leave a buck alone until the first phases of the rut kick in—but that doesn’t mean you can’t hunt at all. Does are very social this time of year and will often gather in fields or plots, even when shooter bucks aren’t showing up. Targeting these does keeps you out of the woods and away from bedding areas, but still in a stand. On farms with lots of does, the October Lull is actually one of my favorite times to simply put a deer in the freezer. And who knows, if one of those does happens to be coming into estrous early, she might drag a shooter buck in with her.

Each year, a handful of does in any given area will come into estrous earlier than others. It may happen a whole month earlier (see tip No. 5) or any time during the last weeks of October. One thing you can count on is that whenever and wherever that first doe, the area’s dominant bucks will be nearby. So how do you take advantage? While hunting the early season, keep track of the does you see and single out the biggest ones. Later, if you are not seeing bucks in your usual places during the October lull, focus on the places where you have seen the biggest does, especially the ones with the darkest-stained tarsal glands, because they are ones that will typically come into estrous first. Find that first estrous doe in October, and there’s a good chance she’ll be dragging a big buck behind her.