A look inside the Seventy2 survival system 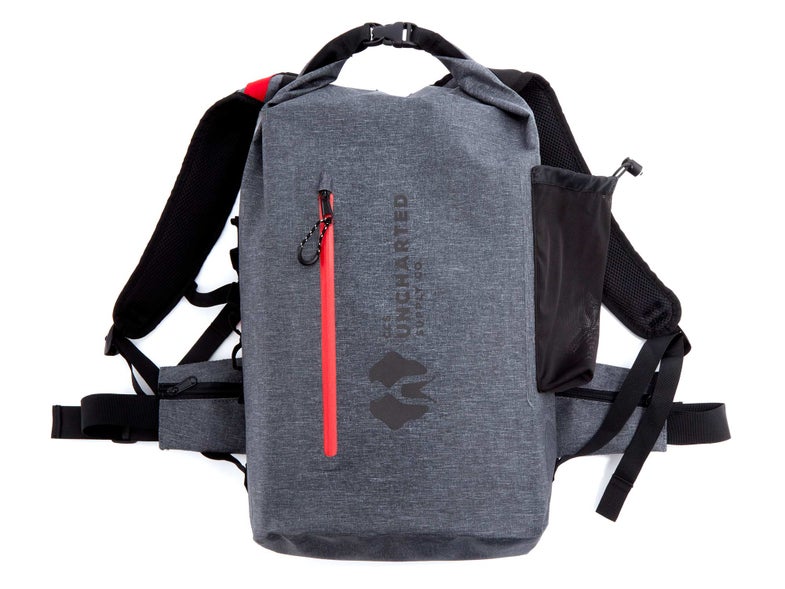 A look inside a survival kit designed to keep you alive.. F&S
SHARE

You’re going to die someday, but not today—not if you have the Seventy2 survival system. That’s the promise Uncharted Supply Co. is making with its new go bag, which is designed to have enough supplies to keep a missing person alive for 72 hours in the wild. Their thinking is that since most lost persons are recovered within three days, having the right equipment to endure that time in the wilderness is essential.

Field & Stream recently had a chance to preview the new kit, the contents of which you can check out below.

Snap-and-glow sticks have been a staple of bug-out kits for years, for good reason. They’re waterproof, durable, long-lasting, and designed for signaling rescue aircraft from the ground. Cliff Gardiner & John Keller 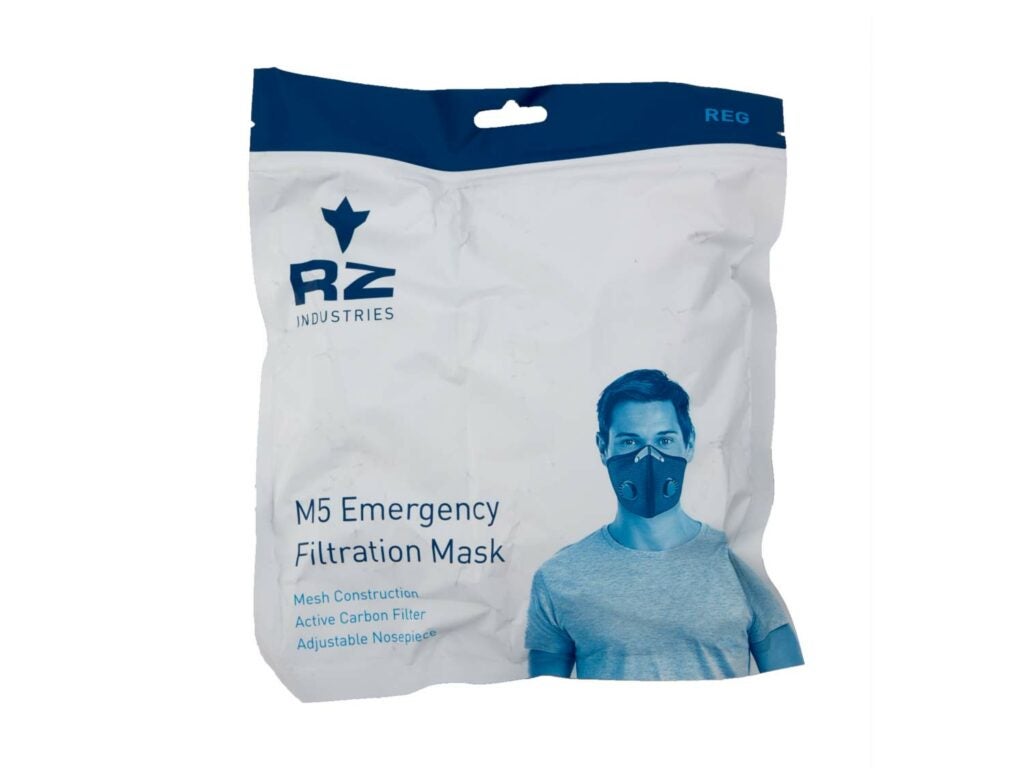 This user-adjustable mask is designed to filter out 99.9 percent of dust and particles, as well as protect you from 130 airborne toxins and other chemicals. 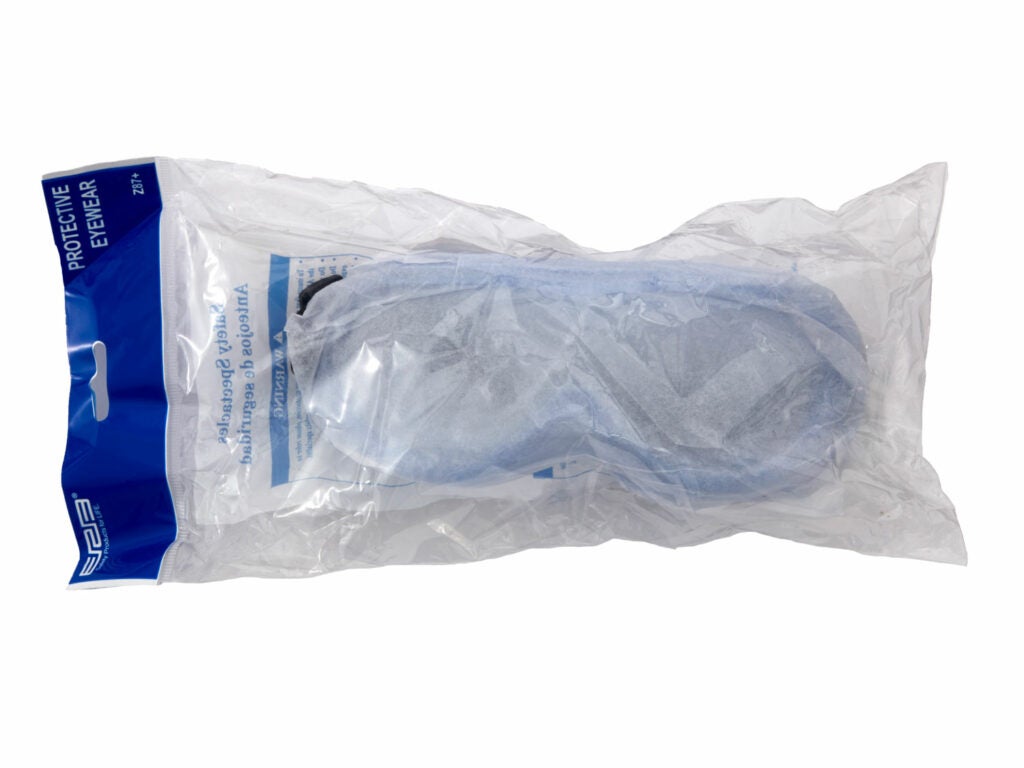 These Z87+ rated high-impact glasses are tough enough for most industrial-shop environments and gun ranges, and would come in handy during a survival situation if airborne materials are a concern. 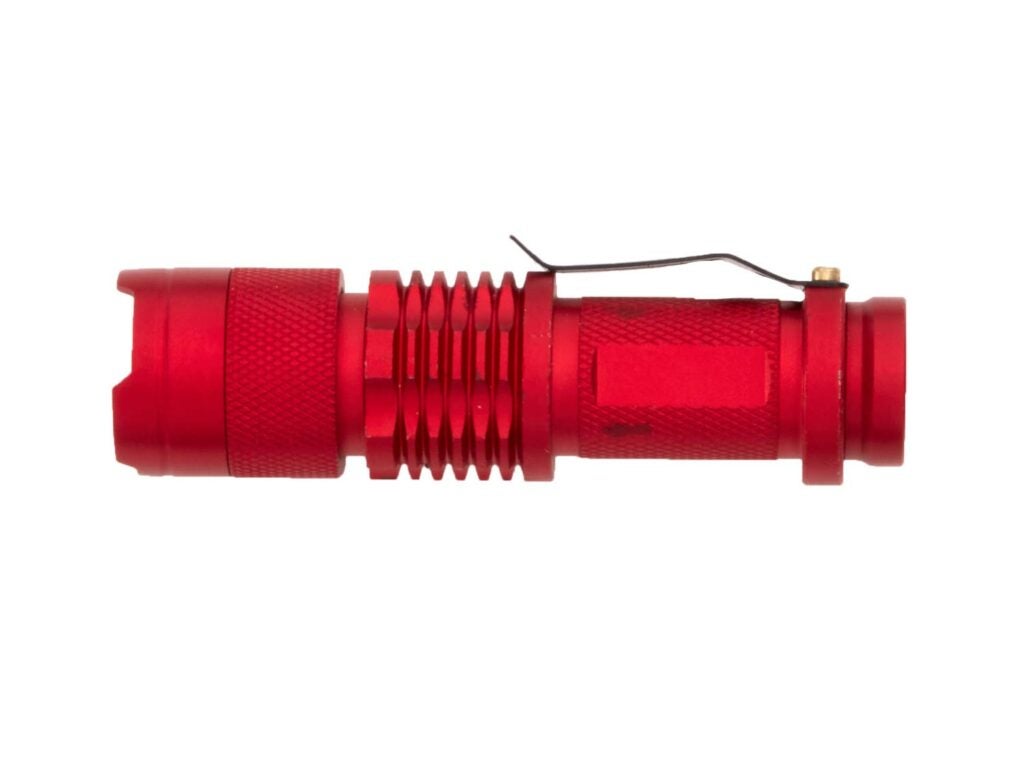 A good flashlight needs to be durable and plenty bright to get you out of a sticky situation, and this torch is certainly both. With CREE Q5 LED technology, it will also be gentle on battery life while still throwing out 300 lumens of light.

If you’re worried about batteries, fear not, because the ETON emergency radio has a backup hand-crank charging system. A multifunction radio, backup flashlight, and USB output are also included, making it a worthy inclusion in any go bag. Cliff Gardiner & John Keller 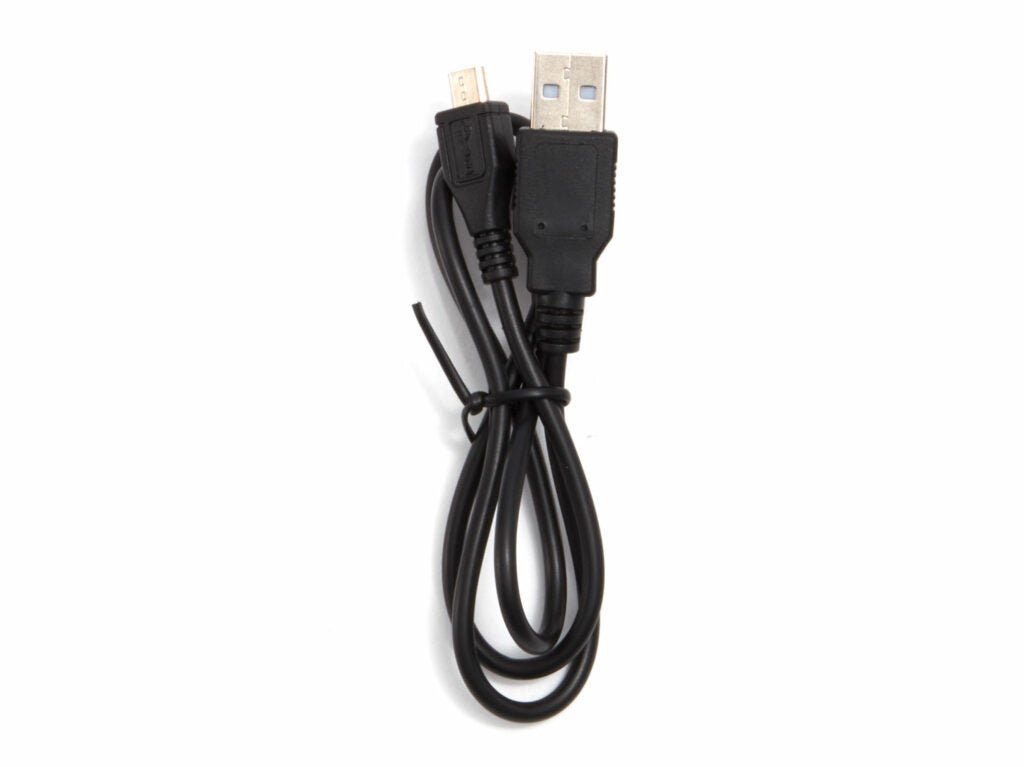 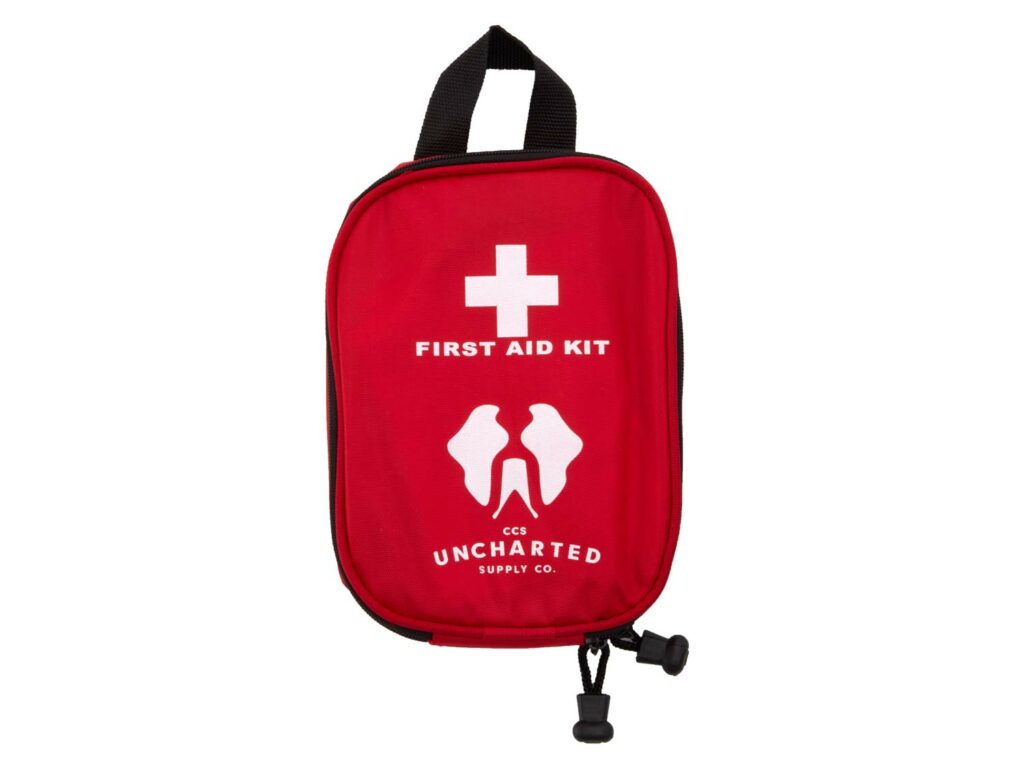 What go bag would be complete without a first-aid kit? 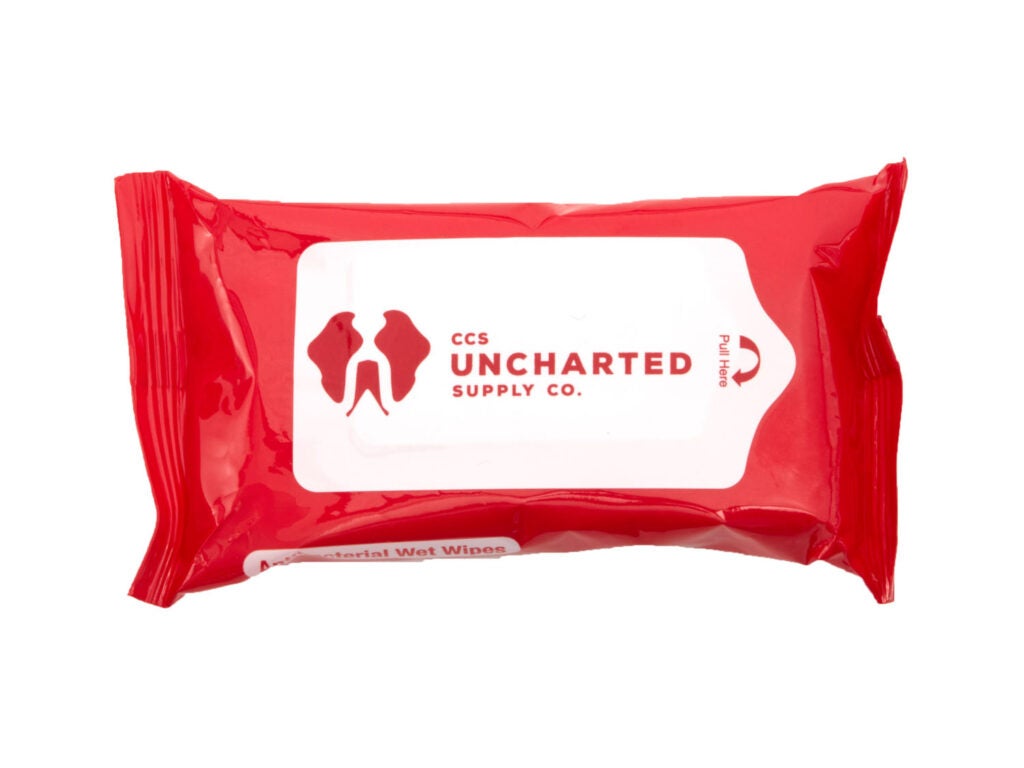 Wet wipes are an underrated survival supply, if you ask me. They are great for cleaning and disinfecting surfaces for food prep and for first-aid in the backcountry.

Calories count—especially when you’re burning more than you’re taking in. These bars have 200 calories per serving, and though these rations may be basic, they may save your life. Cliff Gardiner & John Keller 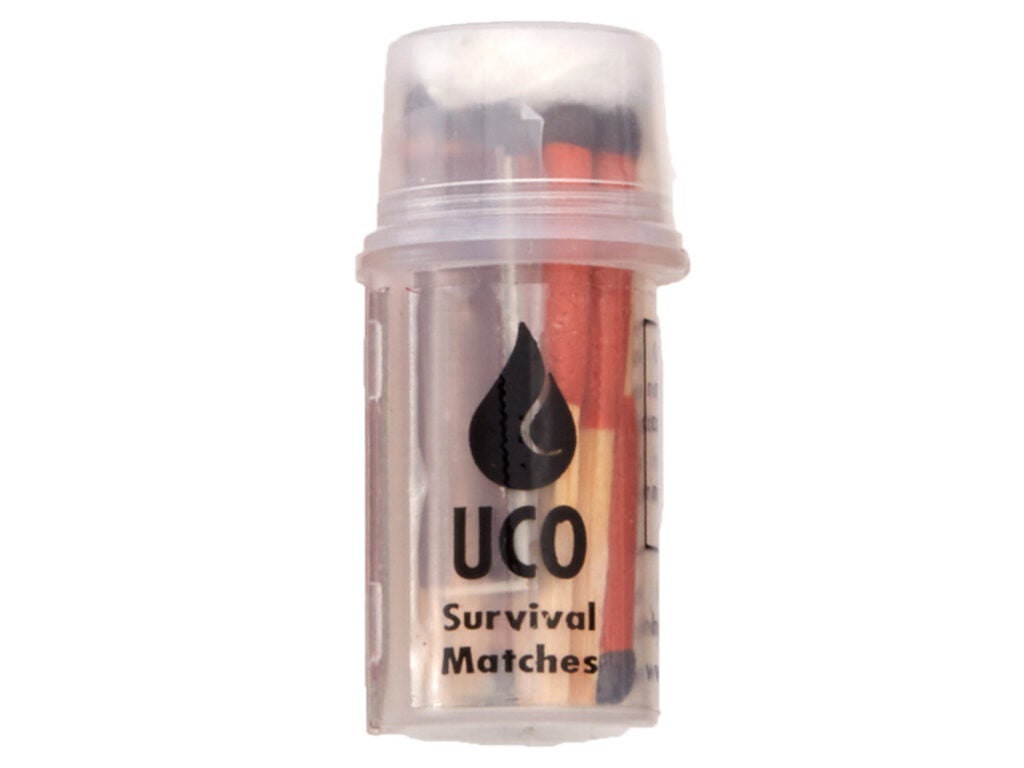 These stormproof matches serve as a great backup fire starter. They also come with a waterproof case, so if you flip your canoe or get rained on, you can still get a fire roaring in no time. 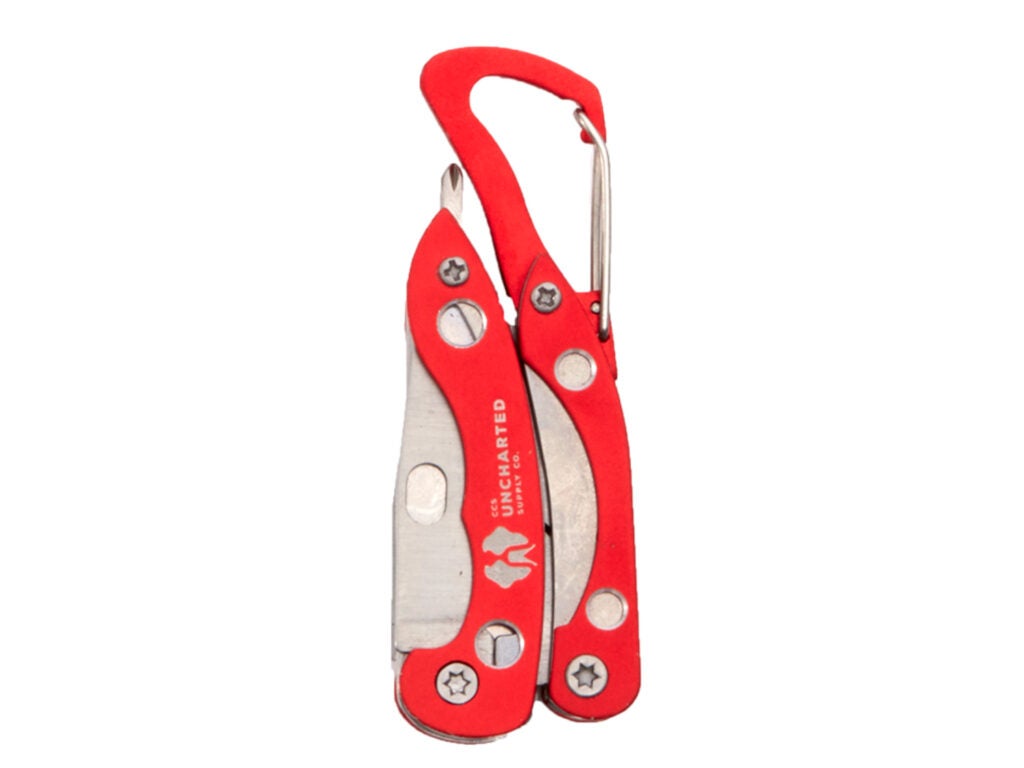 A durable and compact multitool is indispensable in the wild. This model includes built-in pliers, wire snips, a small knife, a file, a Phillips-head and flathead screwdriver set, a bottle opener, and a carabiner. 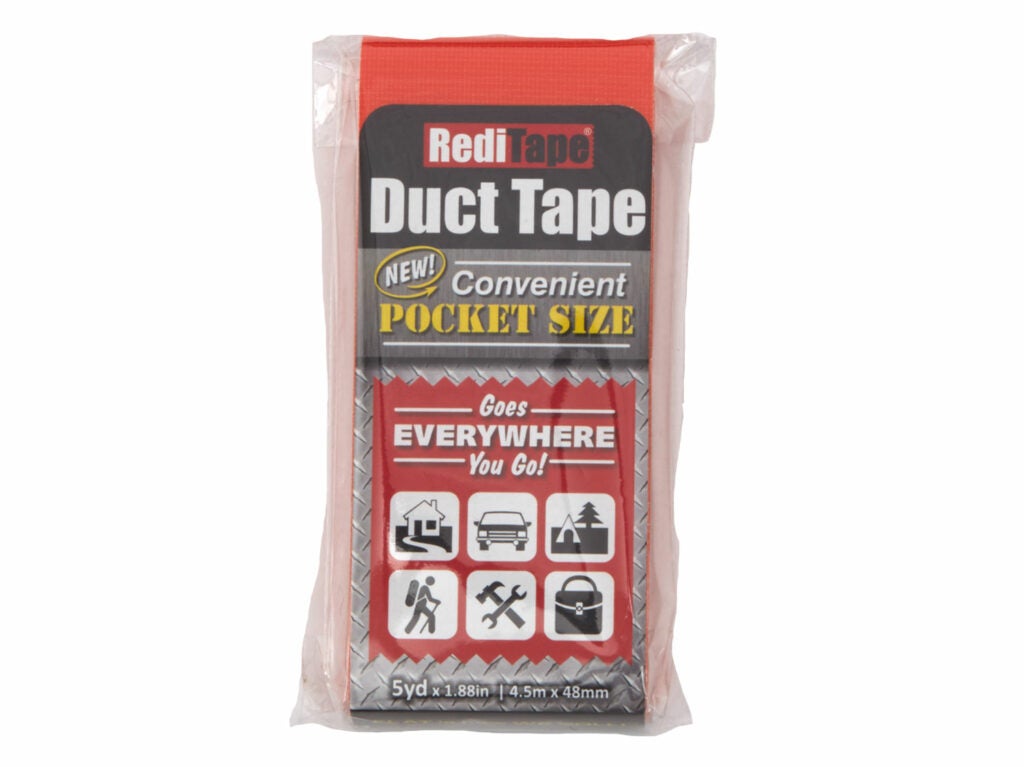 By my estimates, duct tape makes constructing shelters and trapping rigs, and repairing tents or tools about 1,000 times easier. 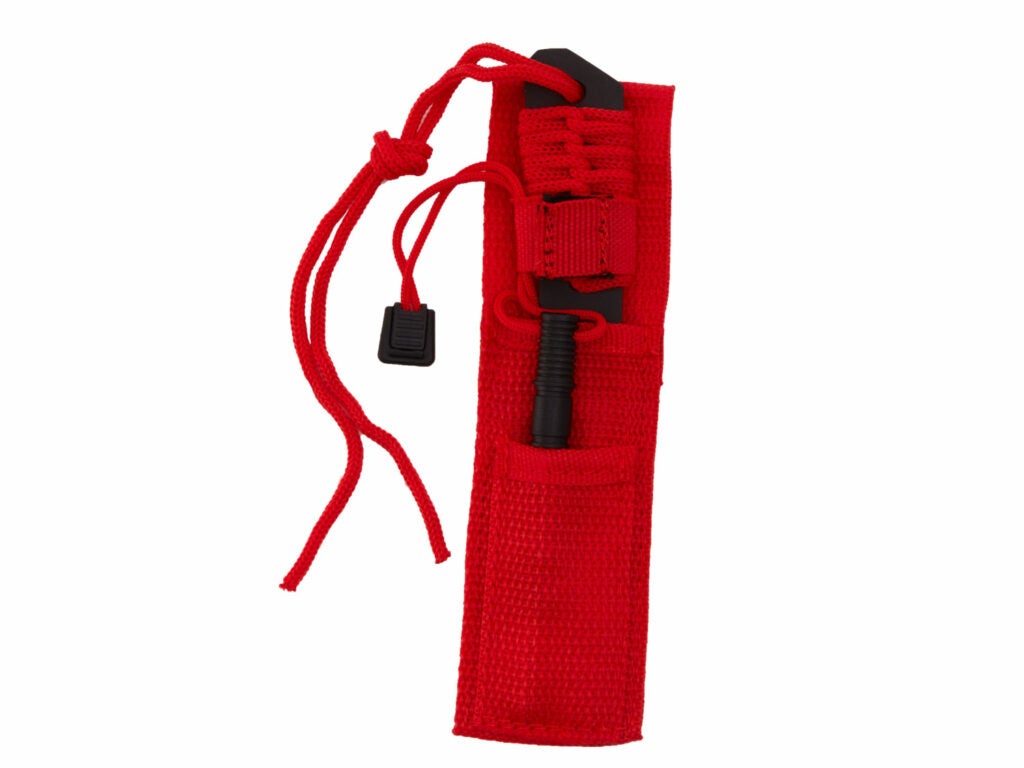 This tanto-style blade and Ferro-rod fire starter is another good way to start a blaze, in addition to the matches and lighter included in the bag. Both come packaged in a sturdy nylon sheath and are colored bright red, so you can find they easily if dropped.

If I have learned anything as an outdoorsman it is this: You can make just about anything out of p-cord. Cliff Gardiner & John Keller 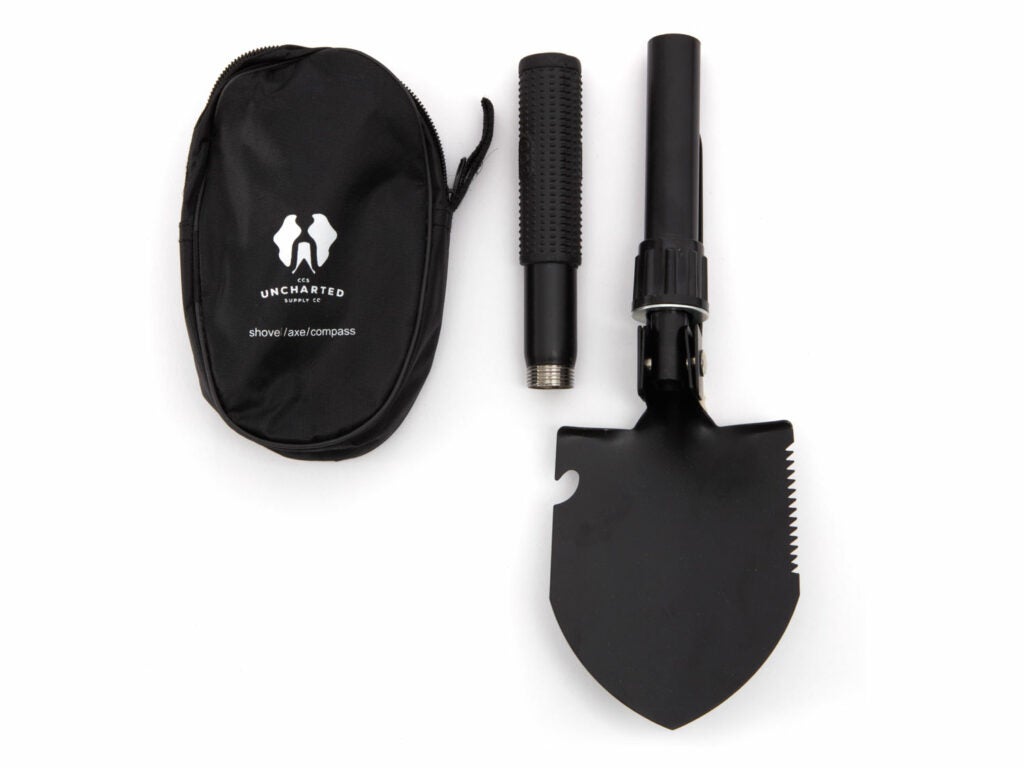 Based on a military design, this tool converts from a pick-axe to a serrated-edge shovel, and has a compass built into the end of the handle. It also comes with a nylon carry case that you can holster to a belt for easy transport. 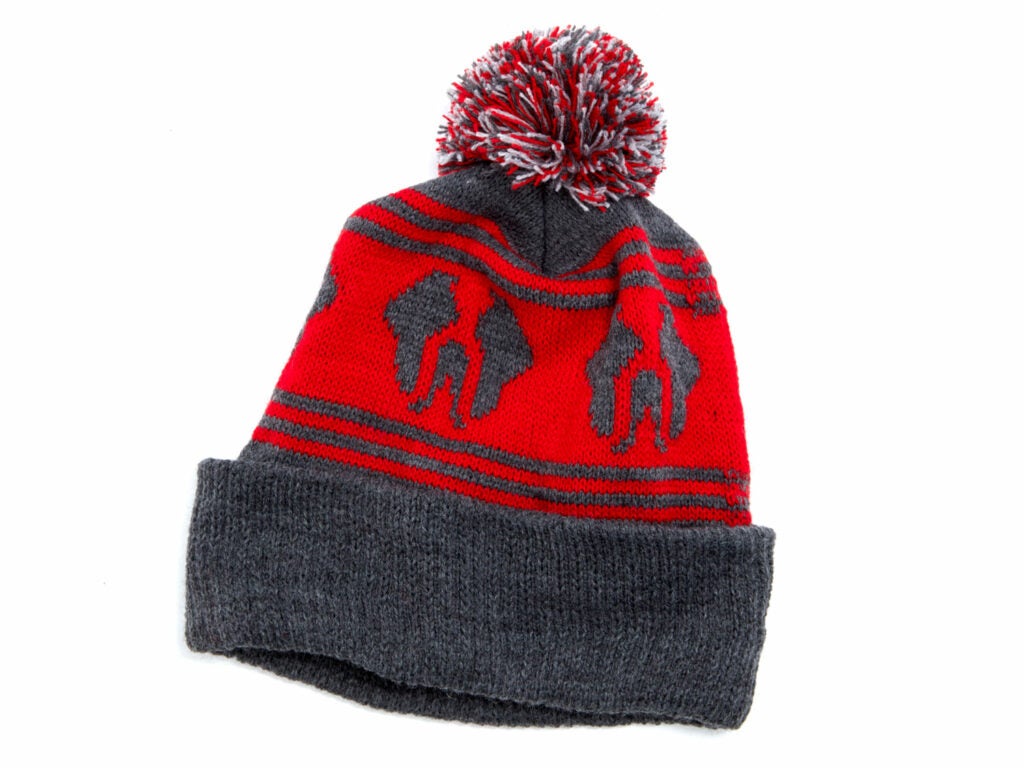 Admittedly, this beanie is kind of lame, but I’d rather have a beanie with a fuzzy ball on top than no beanie at all. 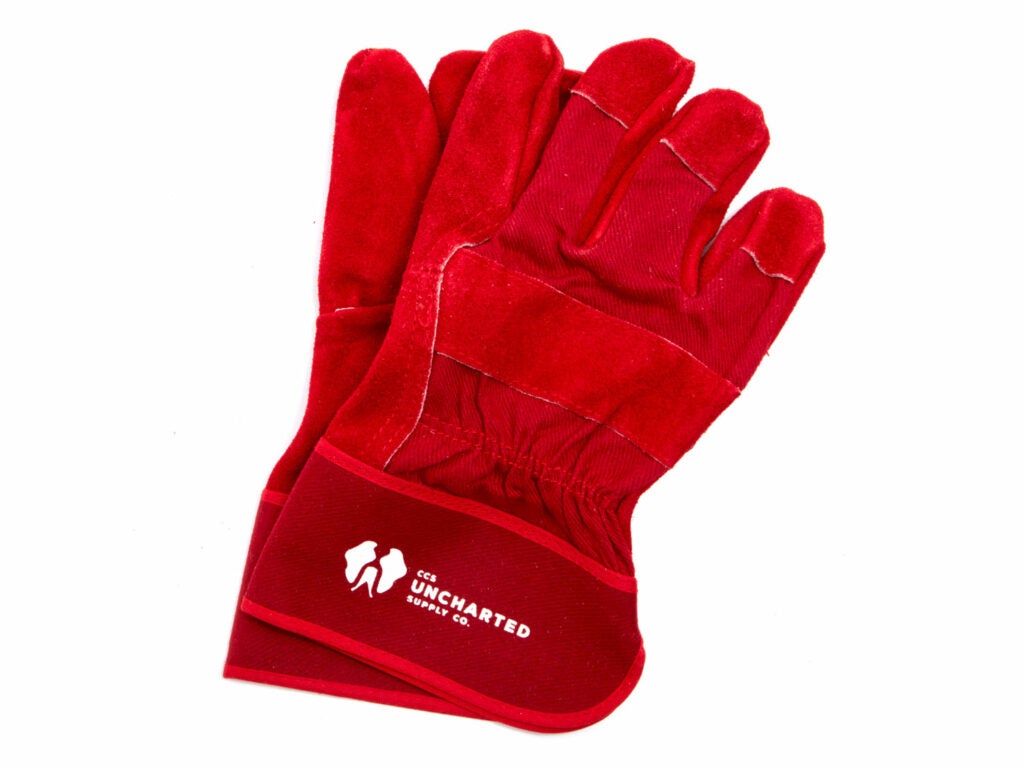 Let me go ahead and ruin the surprise: Building shelter in freezing weather without gloves is zero fun.

This survival blanket folds down to the size of playing cards and can be used not only to keep in body heat but also to signal rescue aircraft overhead. Cliff Gardiner & John Keller 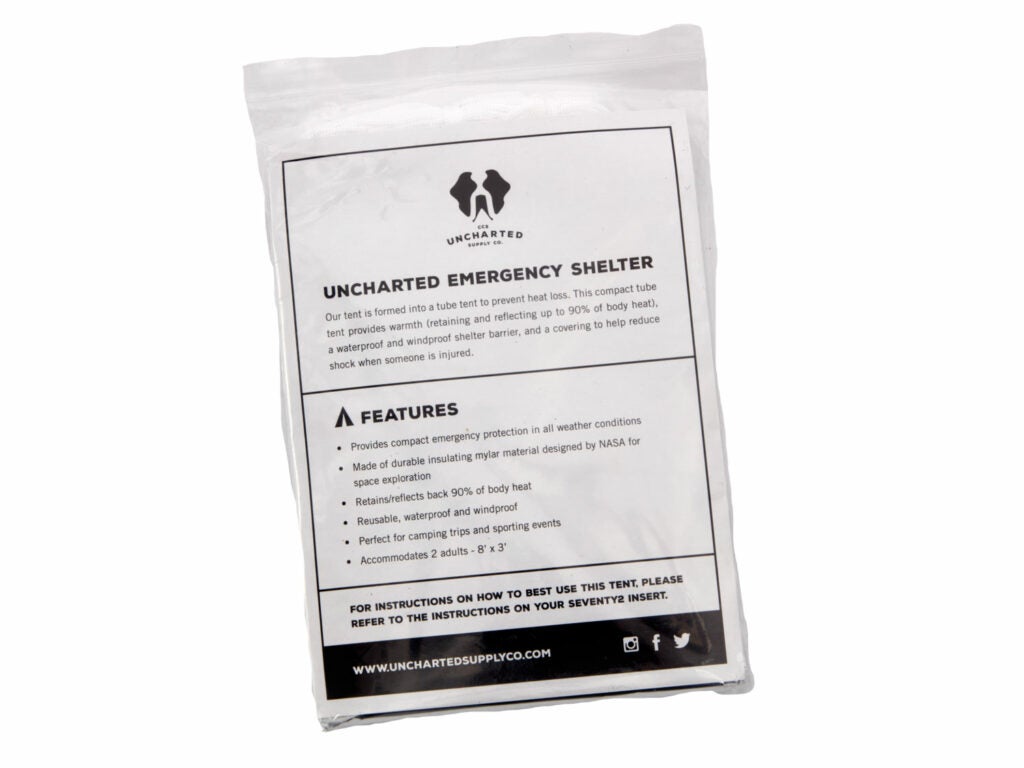 Constructed from Mylar, a material developed by NASA, this tent reflects up to 90 percent of your body heat back to keep you warm. It has enough space for two adults, if you happen to be lost with a bud.

Any North Woods deer hunter can attest that these leg and hand warmers can make a cold day a lot less miserable. Cliff Gardiner & John Keller

This mini filter removes harmful bacteria, protozoa, and cysts from freshwater sources, because the last thing you want to do while lost is get sick from drinking foul water. Cliff Gardiner & John Keller 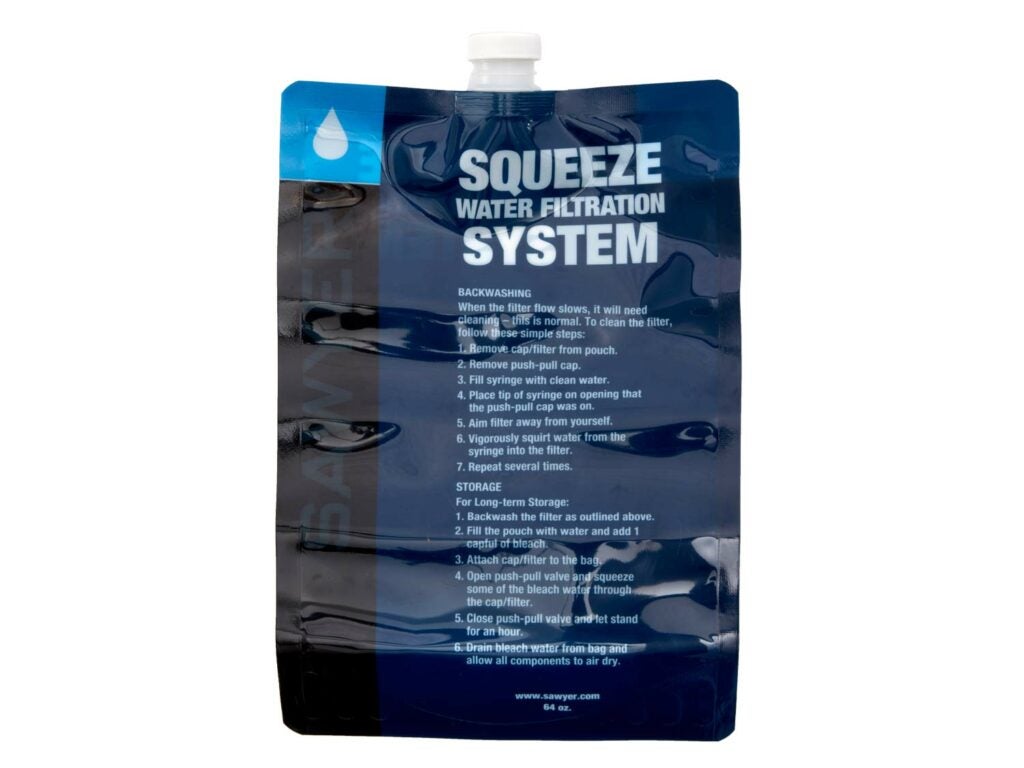 This bladder holds up to 64 ounces of filtered water, which is more than you need to survive a day in the backcountry. 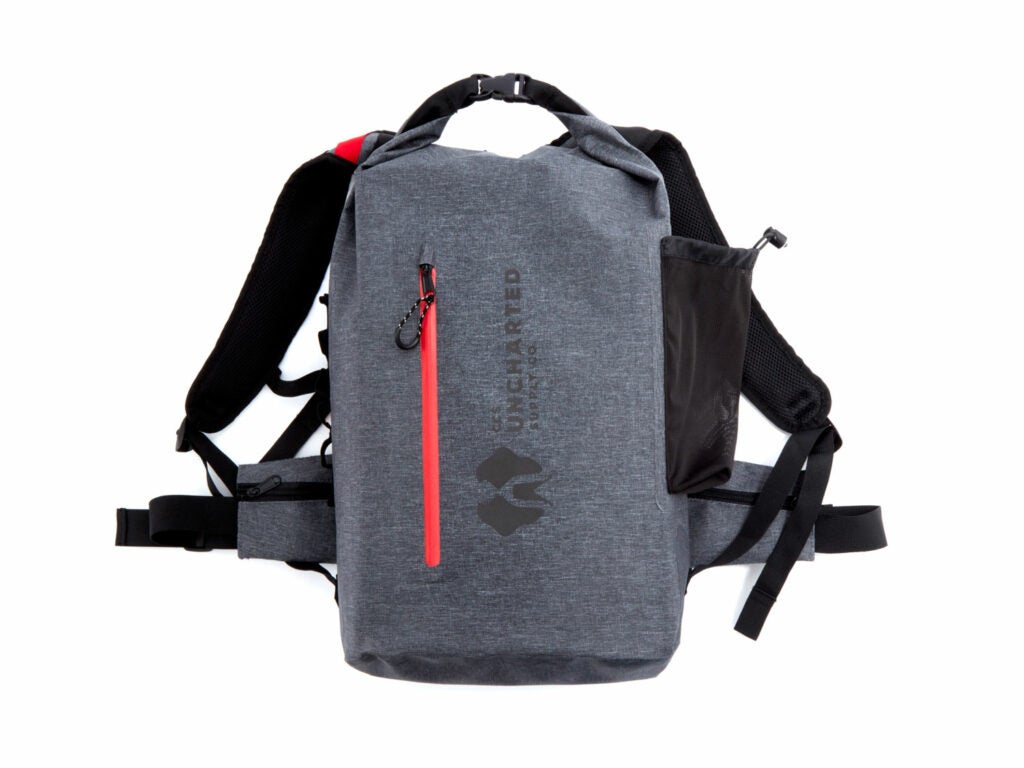 The Seventy2 backpack itself makes for a useful survival tool. Not only does it hold all the gear included above, but it also serves as a floatation device, and is made of waterproof 600D Tarpaulin.