On Friday, the Department of the Interior announced which national monuments it will review following an executive order issued last... 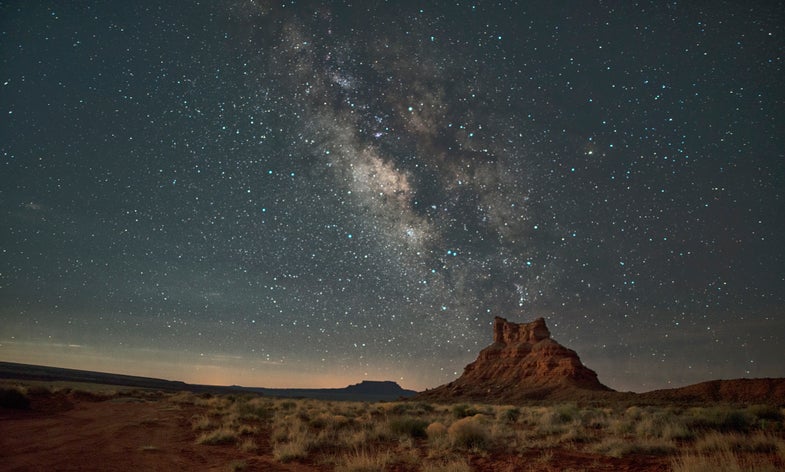 On Friday, the Department of the Interior announced which national monuments it will review following an executive order issued last month by President Donald Trump.

Following the release of the list, Secretary Zinke is today visiting the Bears Ears National Monument as part of a so-called listening tour, during which he’ll meet with members of the community about the monument. “The Department of the Interior is the steward of America’s greatest treasures and the manager of one-fifth of our land,” Zinke said in a statement. “Part of being a good steward is being a good neighbor and listening to the American people who we represent. Initiating a formal public comment process finally gives a voice to local communities and states when it comes to Antiquities Act monument designations. There is no pre-determined outcome on any monument. I look forward to hearing from and engaging with local communities and stakeholders as this process continues.”

As Field & Stream reported in April, sportsmen’s groups have claimed that the move to possibly strip national monuments of their designations has been championed by anti-public-lands members of Congress. Perhaps giving further credence to these claims, while en route to Bears Ears National Monument today, Secretary Zinke was photographed standing next to and riding in a plane with Rep. Rob Bishop of Utah, the architect of the modern land-transfer movement, who is currently seeking $50 million from Congress to facilitate the transfer of public lands in the West.

But why the controversy over national monuments? Proponents of the monument review argue that past presidents have abused the Antiquities Act of 1906—signed into law by Theodore Roosevelt—and designated monuments for political gain and retribution. President Obama’s designation of Bears Ears, in late 2016, was, in particular, seen as a jab at Rep. Bishop, who later told NPR, “This is a political statement in a gotcha moment by a president as he’s leaving the White House to try and pay back whomever he thinks are special interest groups that are supporting him.” But, as Field & Stream has noted, monuments have also been designated owing to support from sportsmen and the general public.

National monuments have also sparked controversy because ranchers and some Westerners fear that designating federal lands as monuments will lead to limited access and use of these areas, especially concerning grazing rights. As Field & Stream‘s Hal Herring has pointed out, though, these reservations have proved mostly unwarranted. National monuments managed by the Bureau of Land Management, by and large, remain open to their traditional uses, and hunting and fishing are allowed, if feasible. Giving in to pressure from animal-rights groups, California did, however, prohibit the commercial trapping of bobcats in national monuments throughout the state, which legislators later expanded into a statewide ban, but this decision was made on a state, not federal, level.

A driving factor behind the monument review is no doubt to encourage economic development on federal public lands, which Secretary Zinke and President Trump have each adherently supported. Secretary Zinke, interestingly enough, has called himself a “Teddy Roosevelt guy” and expressed great admiration for the hunter-president. It’s fascinating, then, that he is now carrying out orders to potentially undo one of Roosevelt’s hallmark pieces of legislation and to strip protections from lands it was designed to conserve.

The monuments under review:

Canyons of the Ancients, Colorado

Craters of the Moon, Idaho