Four Potent Stinkbaits and When to Use Them 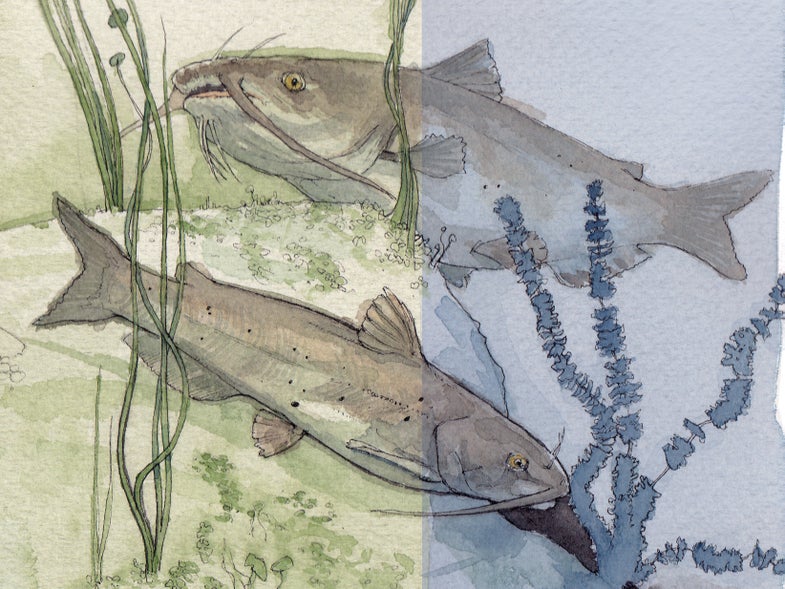 Whereas blue and flathead catfish prefer to feast on fresh baits, channel cats are suckers for stinkbaits. Nothing draws in these bottom feeders like some gag-worthy funk. So you’d think nailing channel cats would be as simple as putting a gob of the stuff on a hook and casting. But not all stinkbaits are created equal. Leaf through any catfish tackle catalog and you’ll be left scratching your head as to which mix to buy. Every one of these foul concoctions has a different texture and consistency, and there is a time, place, and situation for each specific brew. Here are the four most popular stinkbait styles, and when to put each into play for bringing home a stringer of channels.

Consider dough baits the entry-level stinkbait. They come in jars, allowing you to grab a pinch and easily mold it around a treble or single hook. Some dough baits also come preformed into nuggets. These baits shine for their simplicity and lack of messiness compared with other stinkbaits. Dough works in all kinds of water, but it should be your go-to for fishing faster current, as it won’t get pulled off the hook by the flow. It also takes much longer to dissolve than the other types, allowing you to make long soaks without the need to change baits frequently.

Squeeze baits—a.k.a. tube baits—are sold in tubes just like your favorite toothpaste is. Don’t mix them up, by the way, or you’ll be very sorry. These tubes of stinkiness have small nozzles at the end for applying the contents to sponges rigged on small treble hooks specifically designed for the purpose. This goo shines in moderate to slow-moving water, as the current will help disperse the scent without dissolving the bait too quickly. Plop a squeeze bait–laced sponge in a river eddy and get ready for the rod to bend in half.

Punch baits are fished on a bare treble hook, which is pushed or “punched” into the jar with a stick. Warning: Use your finger and you’ll regret it. As you slowly pull the treble out of the mess, the animal fat, innards, and intestines that make up punch bait will cling to the hook. With its extreme odor, punch bait is a great choice for still water, as it will draw cats from a distance. Knowing that punch bait has a habit of flying off the hook, I tend to lean on it most in small ponds or lakes where I don’t need to cast far.

Similar to punch baits, dip baits can be synthetic or natural mixes that require you to dip the hook. The biggest difference is that dip baits can be thinner than punch baits, so you’ll want a “dip worm,” which is a treble hook with a piece of ribbed rubber molded around it. When they hit the water, most dip baits will harden on the dip worm, making them effective in almost any current speed. Since these baits stay on the hook better than punch bait, they shine on larger lakes or reservoirs where you really need to bomb a cast.

Get the Stink Out

The stench of stinkbaits can be enough to make a buzzard puke. Even so, many anglers have a bad habit of wiping things on their pant legs, making those trousers fit for the Dumpster. And heaven forbid you get some stinkbait on the seat of your car; the summer heat may just render your vehicle undriveable. If this happens, don’t fret. To vanquish the stank on your threads, get some Lestoil all-purpose cleaner and borax laundry powder. Spot-clean the stains thoroughly with Lestoil, and after a good five minutes of rubbing, rinse with cold water. Next, throw your clothes in the washer with your regular detergent and a scoop of borax. You’ll be amazed at the results. If some spilled stink ends up in your ride, use Lestoil to spot-clean ground zero. Wipe it away and clean the spot again with a damp rag and some borax. While this mix does a thorough job, you may still want to leave the windows down for a few days. ­—M.M.