4 Top Handguns for Hunting and Defense

As dual-purpose sidearms for hunting and defense, these four 10mm Autos are just about ideal 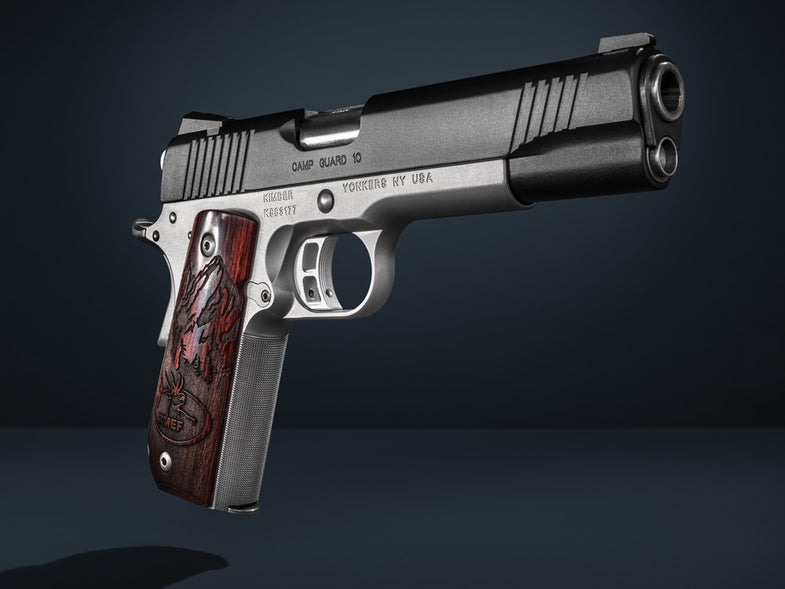 The 10mm Auto might never have caught on for its intended role in law enforcement, but it didn’t disappear. Lately, more and more outdoorsmen and women are rediscovering the 10. With full-power loads, it has more punch than a heavy .357 magnum, while being easier to carry, shoot, and reload than a big revolver. Plus, it holds up to twice the ammo. Lots of Alaskans who know much more about bears than I do carry a 10mm for just those reasons.

For lighter tasks, like hunting whitetails and hogs or blasting cow pies (to which a 180-grain hollowpoint does spectacular things), the 10mm is perfect. I tested these four new (and newish) pistols last summer by shooting up about a thousand rounds of performance and range ammo from Federal Premium and Sig Sauer, evaluating both accuracy and functionality. The most accurate load from each gun (five shots at 25 yards) was the Federal Vital-Shok 180-grain Trophy Bonded Soft Point.

This is the modern version of the original Delta Elite 1911 that helped saved the 10mm Auto from obscurity. The gun wasn’t as tight as the Kimber (see opposite page), and we averaged slightly larger groups with it. But it was the more reliable 1911 out of the box, with one failure to feed. The composite grips with the signature Delta medallion look cool but were rough on the palms after a magazine of full-power loads.

With a 6-inch barrel and a grip wide enough to accommodate a double-stack 15-round magazine (check capacity regs before going hunting), this gun is big. But it was easily the most controllable pistol tested. It functioned flawlessly, and it’s little more than half the cost of the next least expensive gun. Glock’s innovative Modular Optics System (MOS) lets you mount a ­reflex-​style sight, making the gun even more useful for hunting.

If you want a 10mm pretty enough to show off to your buddies, get this one. It had an excellent trigger and flawless fit and finish. The most accurate pistol of the test, it was also very tight, which was likely the cause of the three failure-to-feed malfunctions. Kimber recommends a break-in period of 500 rounds, which we didn’t quite hit. The gun is an official licensed product of the Rocky Mountain Elk Foundation.

With its model name, adjustable fiber-optic sights, and camo finish, there’s no doubt that Sig planned on having hunters buy this gun. Though it was a tackdriver with zero malfunctions and the best sights of the test, I would’ve liked more capacity for the gun’s size and weight, and a double-action first shot for defensive purposes. The controls, like the slide release and safety, could stand to be a little larger, too.