A kid only gets one first gun, so you'd better make it count. Any of these five affordable rifles and shotguns would be an awesome choice 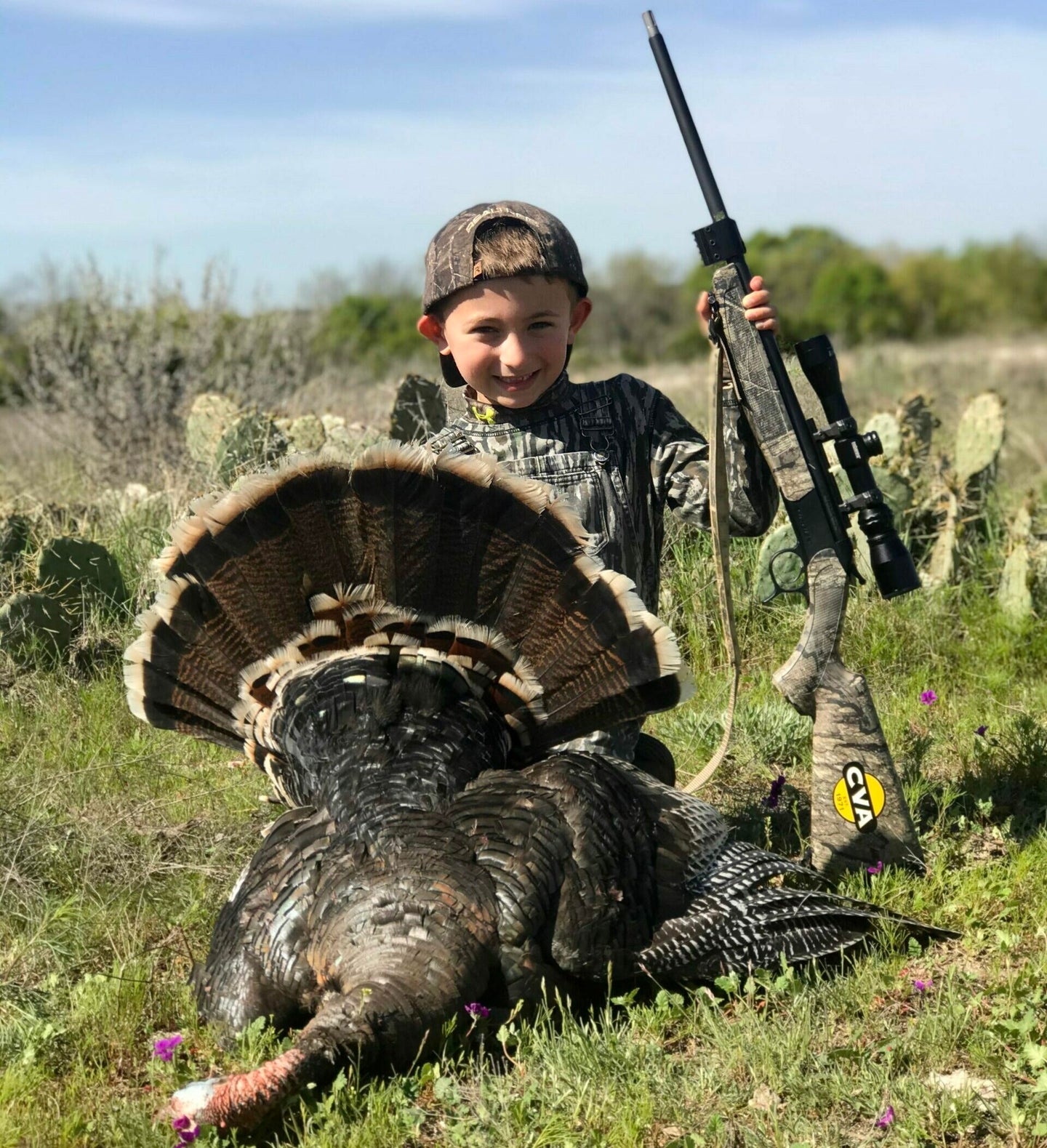 The author's son, Anse, shot his first-ever wild turkey with a CVA Scout .410. Will Brantley
SHARE

What should your kid’s first gun be? I can tell you my recommendations were different 7 years ago—before my son, Anse, got big enough to start hunting with me—than they are now. Proud parents who want their kids to love hunting and shooting as much as they do can actually be pretty misguided in the quest for their kid’s first gun. If you’ve spent a lifetime around firearms, it’s easy to focus more on what you like than on what’s best for your kid.

Anse has been going hunting with me since he’s been able to walk, but last fall, he got to do a lot of the shooting. I’ve learned that above all else, a kid wants to be successful. A gun that fits, is easy to use, and is reliable helps with that—and all those things matter way more than the firearm’s action, its finish, or its price tag. But I believe these five options are some of the best picks going in youth guns right now.

Anse took his first shots with this single-shot classic when he was 5, and it remains one of the easiest, safest youth rifles out there—plus, it’s inexpensive. I put a picatinny rail on his, and originally topped it with a reflex sight, which he used successfully on our trapline. This fall, I upgraded to a 4x scope, and he used it while squirrel hunting. The Rascal has an adjustable AccuTrigger, which is a great feature for tiny hands with limited strength, and it’s one of the few guns made with a length of pull that’s actually small enough for a grade-schooler. The stock comes in different colors, too.

That success I mentioned above? For Anse, this single-barrel shotgun was a game changer, and it gets my vote as the best youth gun in this lineup. He killed a squirrel with it the first time out, and it’s been his go-to ever since. With a Jeb’s turkey tube and variable-power scope, he shoots it more like a rifle than a shotgun—but if that’s had a negative impact on his rifle shooting, I haven’t seen it. Fact is, if Anse has a rest and gets his scope on a squirrel inside 30 yards, that squirrel is not long for this world. That type of confidence is huge for a kid. With TSS turkey loads, it throws an unbelievable 30-yard pattern, too. One day, Anse will outgrow this gun, and that’s just fine. Old Dad will be there to take it off his hands, because it is just fun to carry and shoot.

No brand that I know of has a wider selection of youth shotguns than Mossberg, most of them built on the proven Model 500 pump action. I’ve been around a bunch of these little shotguns in the hands of my buddies’ kids over the years, and I’ve never seen one malfunction. The synthetic stock comes with spacers to adjust length of pull, and the gun’s Accu-Set choke tube system makes it versatile enough to use on ducks and turkeys both. With 3-inch shells, recoil can be pretty stout from these tiny 20 gauges, so practice with light loads and save the heavy stuff for the field.

It’s true, a kid only gets one first gun. And if your kid is old enough to appreciate nice things (mine isn’t), this rifle is heirloom quality with an undeniable cowboy appeal. The short-throw lever action cycles any mix of short, long, and long-rifle ammo. My brother, Matt, got a BL-22 one Christmas as his first gun—he was maybe 10—and 20 years later, it’s still his go-to rimfire rifle. The Micro Midas version has a 12-inch length of pull with a 16 ¼-inch barrel, and it weighs less than 5 pounds.

This rifle in .308 is one of my personal favorite whitetail guns and a surprisingly good shooter—but with a 12 1⁄2-inch length of pull, it’s also a perfect fit for young shooters. It’s built to last a lifetime, too. With a walnut stock (shown) and 16.5-inch barrel it’s handy but also wispy—and in .308, it’s a pretty stout kicker. For a little more weight and a little less boom, I’d go with the stainless / laminate version in .243 Winchester.