5 Tips for DIY Duck Hunting in the Prairie Pothole Region

Freelancing here is tougher than it used to be, but these tricks will help you shoot a limit 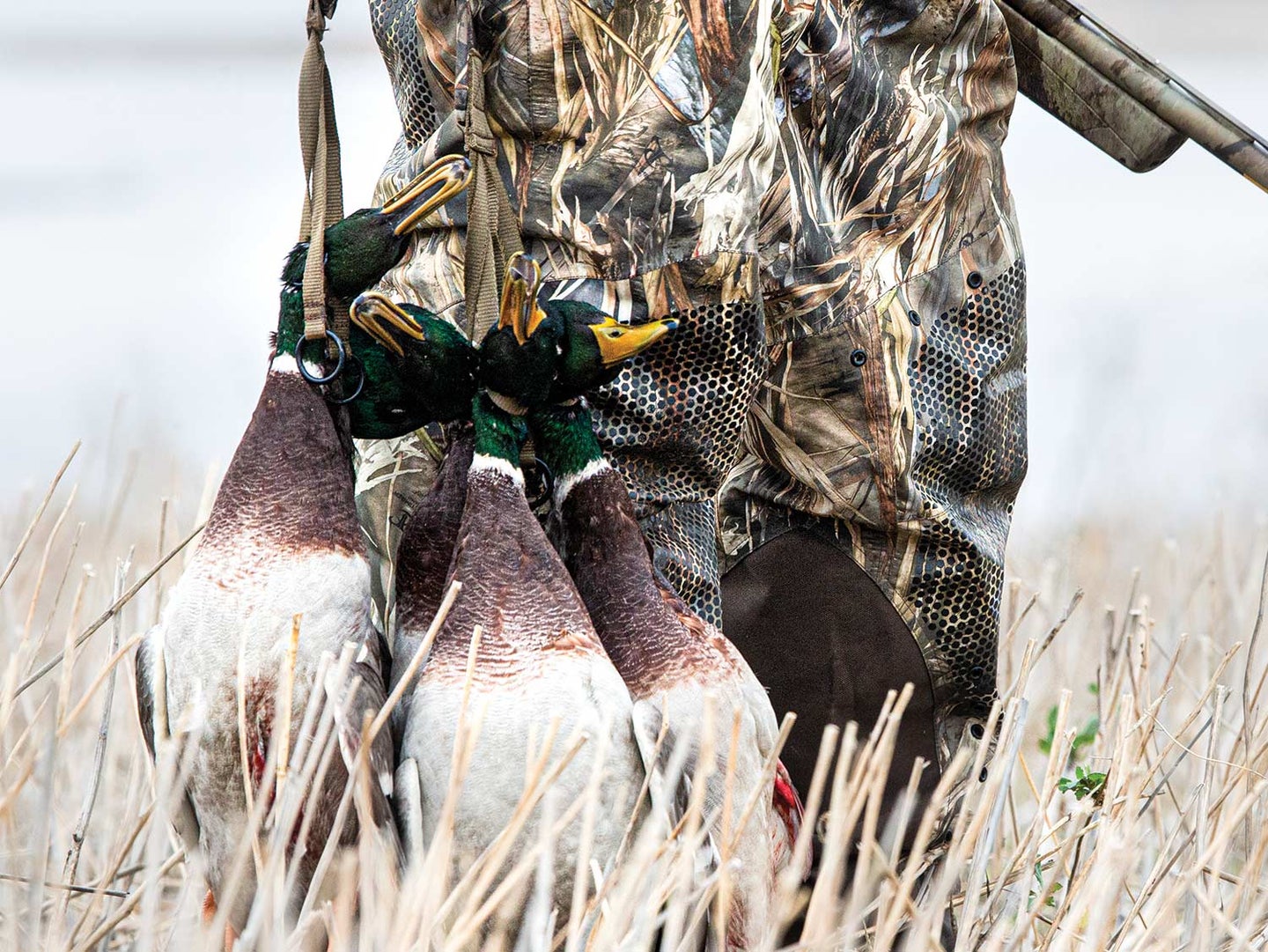 I’ve heard some say the good old days of DIY hunting the Dakotas and Canada are over. Used to be, farmers would invite you to dinner after letting you hunt their fields. Now they’re pestered all fall by strangers who find them with phone apps and ask for permission to hunt without ever shaking hands. It’s led to more Posted signs.

It’s true that freelance hunting the prairies isn’t as easy as it once was—but it’s still doable, and you can still be highly successful. Last fall, a couple of buddies and I took a trip to North Dakota, shot limits of ducks every day, and even drank a little whiskey with farmers in the evenings. Here’s what modern freelancers should know.

Our trip lasted a week, and our best hunting was right in the middle of it. We ran into competition near the weekend on both ends from hunters driving in from Wisconsin and Minnesota. Many of the farmers we asked said they’re happy to give permission—but that the weekends are often reserved days or even months in advance by hunters they already know.

Watching mallards and geese pour into a dry field is exciting. It’s also what most ­people want to do when they go to the Dakotas, Saskatchewan, or Alberta. But dry-field hunting requires a trailer full of decoys and just the right weather. A lot of hunters drive right past countless potholes, lakes, and sloughs on the way to those fields. The wetlands hold a lot of gadwalls, wigeon, teal, shovelers, and divers (and for any snobs, there will be some greenheads too). Some of that water is public, and you can hunt a pothole with way less gear than you can a field. We went to NoDak with the intent of hunting water exclusively, and we did just fine with a spread of three-dozen duck decoys, two spinners, and layout blinds.

Everyone expects to spend a lot of time scouting on a prairie hunt. But you must be efficient. It’s possible to find a mother lode of ducks and then spend all day tracking down the farmer who owns the property—only to be denied access. We burned the better part of one day doing just that. We learned to focus on scouting sections with multiple wetlands scattered across multiple property lines instead. Any pothole with 30 or 40 birds can offer more than enough opportunity for a three-man limit the next day. Realizing this allowed us to knock on more doors, talk to more farmers, and gain more access. Securing permission on several potholes early in the trip means you always have a place to hunt the next morning—but you can keep searching for something better too.

We had a couple of 10X binoculars between us, but I’ve since come to rely on a Leupold spotting scope for scouting waterfowl on big water or in open country, like on the prairies. Glassing ducks from a distance—especially on larger wetlands—allows you to figure out how the birds approach and work the wetland, where they gravitate to feed, and where the best hiding places are. The more detail you can see, the better.

Read Next: The 10 Rules of Duck Scouting

5) Listen to the Farmers

Many of them don’t duck hunt (it’s harvest season), but they watch ducks every day. We had our heart set on a certain pothole one morning when a friendly farmer recommended we “check out that lake over the hill to the south, eh.”

We almost skipped it, knowing we already had a good plan—but we took a peek and found a wad of a thousand greenheads and pintails sitting on a truck-size puddle, right next to that lake. We snuck in after dark, brushed in layout blinds next to the puddle, and had about the finest duck hunt I’ve ever seen the following day. Turns out, some of the best scouting happens from a combine.

I’ve shot ducks and geese with custom, high-performance TSS shot shells and bargain-barrel steel, too. Hunters fret often about shot sizes and payloads and the truth is, some guns and chokes do shoot some combinations better than others. Patterning your gun is a good thing, but in this era of sparse ammo availability, you’re sometimes stuck with the shells you can find the night ahead of a hunt. So what should you get, if options are limited? Well, the goal is to decoy birds in close (especially on the Prairies). For that, plain steel works just fine. Year in and out, from one gun to the next, I’ve found 1 ¼-ounce loads of No. 2s at 1400 to 1450 fps to be about the best all-purpose load you can get. They pattern well from most guns and if you do your part, they will dump a honker at 40 yards or a teal at 12 with no problem at all. —W.B.