The Closers: 54 Expert Tips on How to Tag a Winter Buck Before the Season Ends 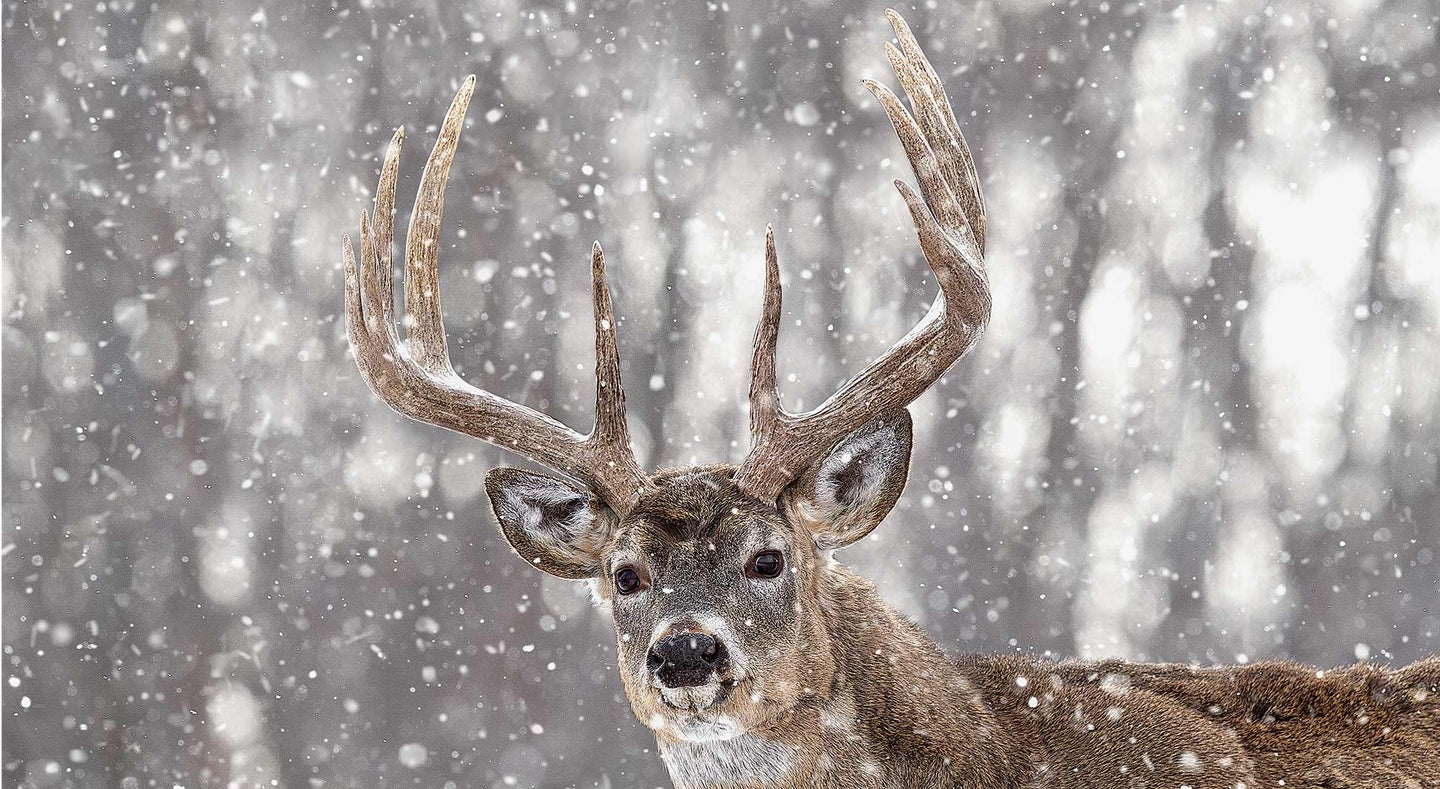 A tank of a 10-pointer steps out during a Minnesota squall. Tom Martineau/The Raw Spirit
SHARE

Some people just know how to get it done in the end—they know how to close Game 7 or run the 2-minute drill or wrap up the deer season with an absolute stud of a buck. They’re the kind of people you want to emulate and learn from. And to help you do just that, we reached out to four expert whitetail hunters known for getting it done when the season is on the line. Together, these closers have tagged more than 70 Pope and Young and Boone and Crockett trophies in the late fall or winter, and they will tell you ­exactly how to end this season with your best buck ever.

Every year, starting in late August, 44-year-old Michigan custom-home builder Tony ­Trietch hits the road to fill big-game archery tags on public land around the West. He’ll return home for a stretch in mid-October, but then it’s back to the mountains or onto the plains well into winter. This season, he’ll hunt more than 100 days in five states. He’ll drive over 10,000 miles and cover somewhere between 700 and 1,000 on foot. But the late season, when he focuses on spot-and-stalk hunting for big muleys and whitetails, is special. “The game becomes simpler and more solitary,” he explains. “Winter bucks have one thing on their minds—food. If you find a good food source and put the time in behind your glass, you’ll find a good buck, and you know he’s not going anywhere. If I can watch a good buck bed down on the prairie or in the foothills, I almost always feel like I can get him.” Plus, lots of guys are tagged out, burned out, or don’t want to deal with the tough conditions. “I love the solitude of the late season,” he says. “If you’re willing to hike to get away from the roads and easy access points, you can often have these deer to yourself—even on public land.” —D.H.

I’m a big fan of Hoyt bows, mainly for durability. I’m shooting the Carbon RX1 Turbo and RX1 Ultra. Because a blade of grass can open a mechanical, I use a cut-on-contact broadhead made by Iron Will. It’s the best-made head I’ve ever used.

It’s incredible how good clothing is today. I love Sitka’s midweight Apex System. It’s tight-fitting, so it doesn’t snag, it has all the right pockets, and it’s super-quiet.

Save your pennies and splurge on the best glass you can afford. It’s so important. Right now, I’m using a Swarovski STX 30–70x95mm spotter and ­Maven’s B1 10×42 binocular.

The late season in the Midwest isn’t merely good, according to Mark Drury, co-owner of Drury Outdoors. “It can be almost magic,” he says. “When whitetails are ­focused solely on food, and you have found or planted what they want to eat, there’s no better time or place to kill a truly huge whitetail.” Every December and January, Drury and his team see monster bucks that were ghosts all fall—huge deer they had either never gotten daylight pictures of or never seen at all. “That’s the power of post-rut food: If you’re on it, you are going to see the biggest bucks in the area.” Putting your tag on one is far from easy, though. You need loads of patience. You have to be willing to suffer bitter-cold conditions. And you’d better bring your A game. “The smallest mistake will clear a field of feeding deer, and your hunt is over,” Drury says. But ­after decades of chasing these winter giants, he’s got it down to a system. —S.B. 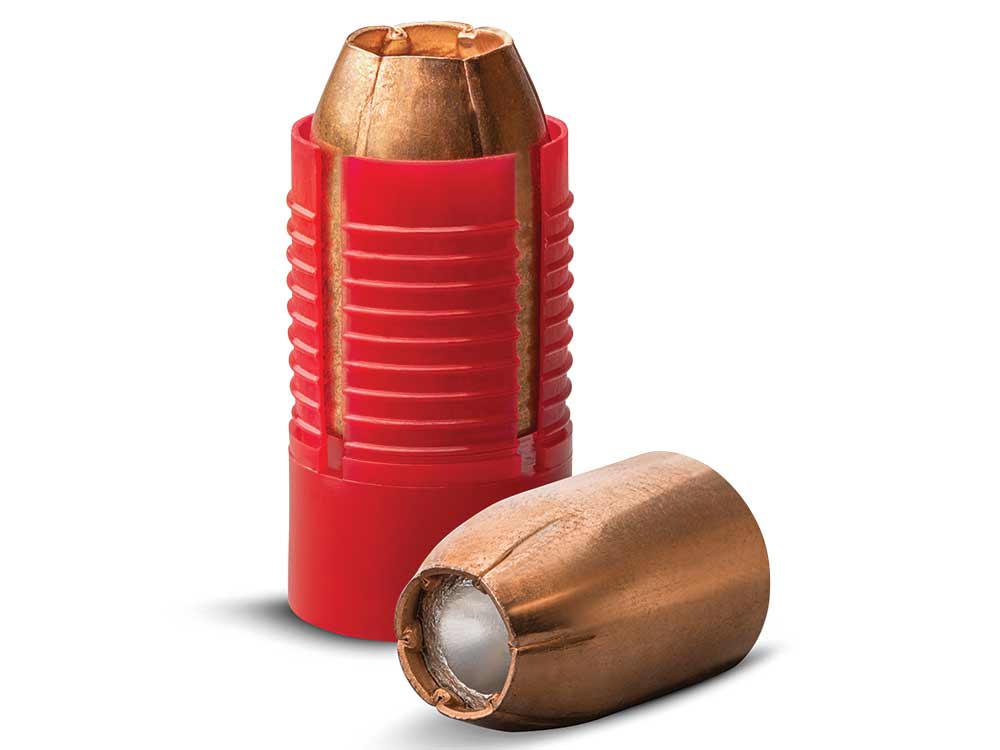 My favorite muzzleloader is the Traditions Vortek StrikerFire in .50 caliber. I use 110 grains of Blackhorn powder behind a 173-​grain Traditions Smackdown Bleed Bullet, which is the best blackpowder bullet I’ve ever shot, and I’ve shot a bunch.

We bring a Little Buddy propane heater on cold days. Oddly, we get a lot of pushback about that on social media, like having heat is cheating. Why not stay as warm as you can?

Our go-to late-season food-plot seed is Biologic’s Winter Bulbs & Sugar Beets mix. The deer just hammer it at this time of year.

The DiNitto family farm in central New York is 1,000-plus acres of alfalfa and corn broken by hardwoods and honeysuckle thickets. A deer nut’s paradise. And Joe DiNitto hasn’t hunted it in 31 years. “I started hunting the Adirondacks with my dad and brother as a young teenager, but when I was 22, I tracked and killed my first big-woods buck.” That was it, he says. “Since then, I can’t shake the allure of big new country—and knowing there’s a buck up ahead of me.”

There’s also a practical reason: “Show me an easier way to get close to a mature whitetail buck, and I’ll do it,” DiNitto says. As a dairy farmer with four kids, he gets little time to hunt and zero time to scout. “I don’t own a trail camera.” But give him three days on snow and he’ll get a chance at a brute. Tracking is so effective, he says, that he almost feels guilty, and he can’t understand why everyone doesn’t do it. “There’s nothing more exhilarating than sneaking to within yards of a wilderness buck. I think about it 365 days a year.” —D.H.

DiNitto’s 12 Tips, Observations, and Opinions About Tracking Trophy Bucks in the Big Woods

I keep two guns in my truck, ready to go. One of them is a Remington 7600 carbine in .30/06 with a peep sight. The other is a scoped Browning A-Bolt Micro Midas in 7mm/08. I prefer to have a scope, but if there is any bad weather, I’ll go without it. And you don’t need a scope to shoot a big buck at 40 yards.

Three things I absolutely won’t leave the truck without are a map, compass, and flashlight. Two others I ­usually bring are a fire starter and space blanket. The first three should get you out of the wilderness 99 times out of 100. And the last two will keep you alive the one time they don’t.

Jay Maxwell grew up hunting large farms in rural Georgia, but he started killing bigger bucks after moving to the suburbs of Atlanta. Maxwell, 39, owns a nuisance wildlife trapping and cull service in the city, and along with a few buddies, he films and produces online videos for Seek One Productions. That gives him a keen understanding of how deer use the small woodlots and drainages in the sprawling Atlanta metro area—and a flexible schedule to hunt when the conditions are just right. Like many suburban areas, Atlanta’s woodlots are typically bowhunting-only and tough to gain access to. That means the bucks get old—and big. In 2007, Maxwell killed the Georgia nontypical archery state-record buck in Fulton County. That 2134⁄8-inch giant was chasing a doe in November. No surprise, the rut is Maxwell’s favorite part of the year—but he says the late season is almost as good. And in some ways, it can be easier. —W.B.

I like a call that lets me grunt, snort-wheeze, and buck-roar. There are a bunch of them on the market, but the classic Primos Buck Roar is my favorite. For rattling, I like a Primos Big Buck Bag. Those pegs, when you grind on them, sound like the real thing, and when you do it just right, you’ll get a pop that’s like an antler tine. Sometimes I’ll add or remove pegs from the bag to get the perfect sound.

An Ozonics unit is one of my most important pieces of gear. It absolutely works. I just wish the fan were quieter.

I use an Easton Injexion arrow with 55-grain titanium inserts and a 100-grain Rage Trypan. It has a 2-inch cut and is a good broadhead. There are lots of good ones, though. I see guys getting on forums and blaming a lost deer on the broadhead. But 99 percent of the time, it’s a bad hit or a poor shot angle—not the head.