Two kings of the swamp reveal their bullfrog secrets 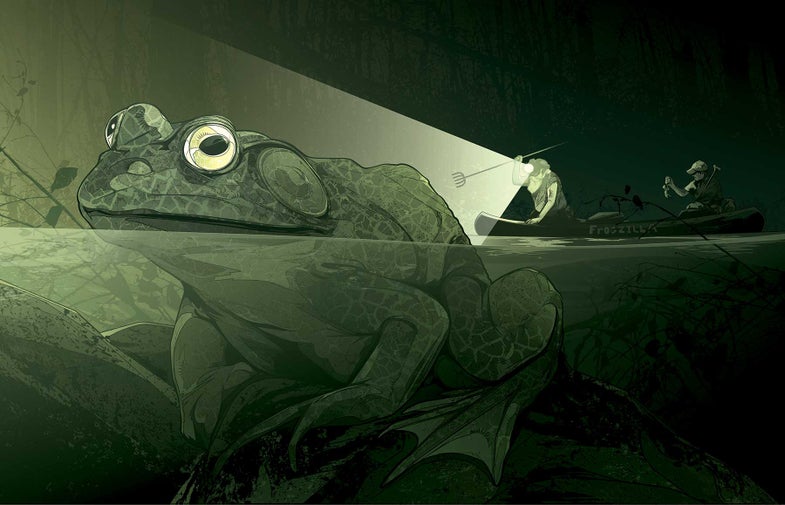 In the late spring, when the nights turn muggy and the bugs come out, you can find Tim Reed and Rodney Smith paddling their 14-foot canoe—called Frogzilla—through the swamps, streams, and hidden backwaters of northern New York in search of giant bullfrogs. These guys routinely fill freezers with outsize frog legs , and the tactics they use will work anywhere frogs are found. Last summer, they shared their ­secrets with me. Meet the Frog Kings.

You can catch big bullfrogs in daylight with a fishing rod. Get the longest old rod you can find (like a crappie pole). String it with a heavy nylon line and a small treble hook. Put a piece of red cloth over the hook barbs, and dangle it in front of a sitting frog. Most of the time, the frog can’t resist grabbing it—and then you can grab him.

RELATED: How to Make the Ultimate Frog Gig