You’d rather paint your teeth rainbow colors than shoot the Creed? Okay. Here are 6 cartridges that perform much like the world’s hottest big-game round—without the annoying trendiness 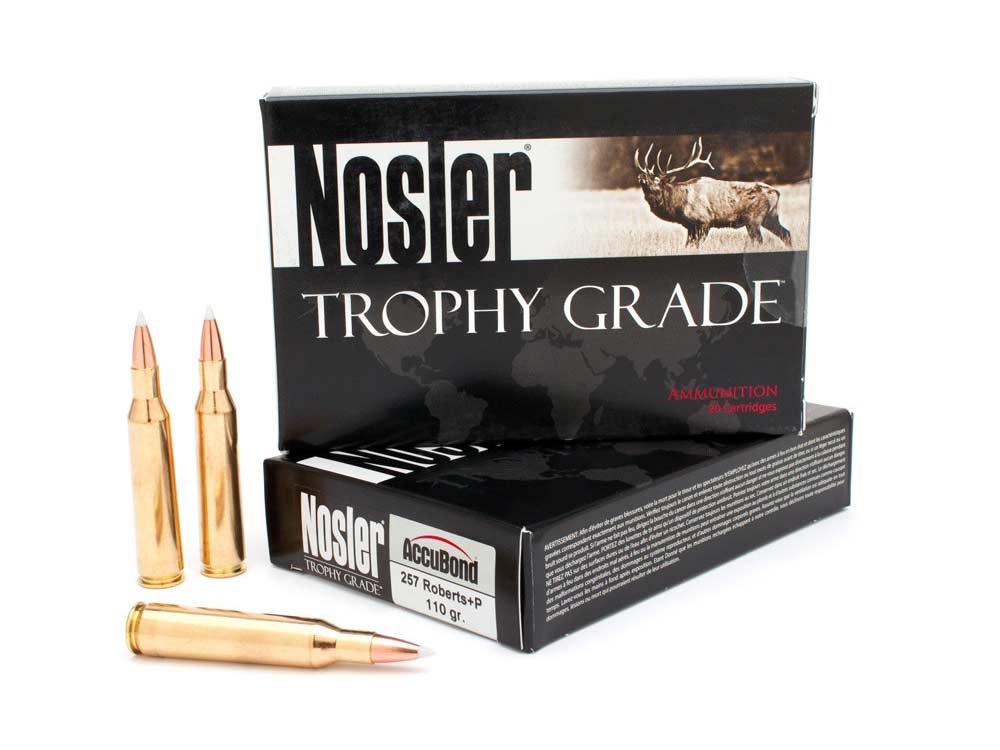 Why would you hate the 6.5 Creedmoor? Because you can’t spell “Creedmoor”? Because you’re some kind of degenerate who should be beaten in the street? That’s not my business. I’ve been asked to name alternatives to the Creedmoor in its role as a big-game cartridge that are just as or nearly as good, but not the same as the round you revile.

The Creedmoor was developed for target shooters, and it’s more or less by accident that hunters discovered how good it is. But we will leave target shooting out of this and concentrate on the game-getting part. What the Creedmoor has to offer is:

But you don’t want the Creedmoor. So, here are six alternative cartridges that, like the Creedmoor, are sub-.30 caliber, light-kicking, and highly capable.

Dating back to the 1920s, when it was developed by Major Ned Roberts, this is one of few things that’s older than I am. Originally intended as a deer-and-varmint load, the Roberts (not “the Bob,” for God’s sake) was handicapped for decades by underloaded, and generally wretched factory ammo.

Now, there are a number of companies—most notably Nosler—that are loading the .257 right up to snuff with the best modern bullets. What the Roberts has to offer is a startlingly high degree of effectiveness on game, combined with very low recoil. It is, from what I’ve seen, much better at dropping critters than any of the 6mms, and kicks only a tad more.

It will not compete with the Creedmoor as far as gilt-edged accuracy goes, but so what? It’s for hunting, not shooting at Camp Perry. The best bullet weight is 115 grains, or within a couple of grains of that. It’s a much better choice than 100-grainers.

For a cartridge that was designed in 1891 and first issued as a military round in 1894, the Swede is surprisingly modern. It has a nice sharp shoulder and not all that much body taper. I got a rifle chambered for it in the early 2000s, and went on to slay entire herds of deer and antelope without ever pulling the trigger twice on the same critter.

The Swede has been everywhere, and killed everything, large, small, and in between. I’ve hunted exclusively with a 130-grain Scirocco handload that moves out at 2,700 fps, and the cartridge offers the same weight range of bullets as the Creedmoor. In Sweden, they kill moose with the little round and don’t feel at all undergunned. It has practically no kick, and ammo is not hard to find.

Accuracy? I have a Lilja-barreled NULA that shoots so small I’m afraid to touch the bedding screws.

This was the 6.5 glamour cartridge before the Creedmoor came along. It’s based on the .284 Winchester, which never caught on except among wildcatters, who loved it desperately and necked it up, down, and sideways. The 6.5/284 is the Creedmoor with goat glands, and adds about 250 fps to whatever the latter can do. The short, fat, very sharp-shouldered case holds a lot of powder. It recoils a little bit more, but I doubt if you’d notice the difference unless there’s something wrong with you.

The 6.5/284 has a thoroughly deserved reputation for superior accuracy, particularly at long range. Its only drawback, if it can be called one where hunters are concerned, is that it will eat up a barrel faster than its smaller brethren. If it were me, I would never use bullets lighter than 140 grains; they give you the most punch at long range.

Out past 300 yards, I’d rank it higher than the Creedmoor for hunting, where you don’t have all the time in the world to calculate range. Those extra feet per second can make a difference.

Class of 1997, this one is, I think, the brainchild of Jim Carmichel, who was looking for a way to get the ballistic advantages of 6.5 bullets in a low-recoiling cartridge, and to use the result for target competition. He did this by simply necking down the .308, and got exactly what he wanted.

Remington picked up on the round, but rather than selling it as a target cartridge, they marketed it to hunters, where it pretty much fizzled. Part of this was bad luck; it debuted before the 6.5mm craze, and its ballistics were unspectacular at a time when Magnum Mania ruled.

It is, nonetheless, a very good hunting cartridge. Anything that the 6.5 Swede and the 6.5 Creedmoor will do, it will do. Like them, it’s a very mild kicker. Its one drawback, for handloaders, is that Remington brass is not the bee’s knees or the cat’s meow; you’ll have to get something pricier if you want to be happy.

This round, which is a .308 necked down to .284, first appeared as a wildcat in 1958, and was adopted by Remington in 1980. It kicks a tad more than the Creedmoor because it uses heavier bullets, but therein lies its virtue. It’s most commonly used with 140-grain bullets, but it goes as high as 160 grains, and there are very few critters that can stand up to one of those.

For years, I had a short-barreled (20 inches) 7mm/08 that was one of the most effective guns I owned. These days, you’d call it a truck gun, because it could be whipped out of a pickup cab in the time it took to say, “There’s one!”

The 7mm/08 will shoot with anything out there. Its accuracy potential is best described as “gilt-edged,” and if you’d like to go out beyond 300 yards, this cartridge will take you there, modest ballistics notwithstanding.

All things considered, 140 grains is the best all-around weight, but if I were after big game, I would not make a face and pout if I loaded it with 160-grainers.

There is an astounding amount of ammo loaded for it, and that ammo is everywhere. If you want to hunt medium game, you can get the 7×57 loaded with 140-grain bullets. If your ambitions exceed this, there are 160-grain bullets that will do the job. For the biggest game, there is the 175-grain slug.

How big can you go with it?

While hunting in Zambia in 1987, I learned of a PH who used a 7×57 as his backup rifle. Since these guys typically carry .375 H&Hs as a minimum, I was curious about his rationale. Using 175-grain full-patch (solid) bullets, he said, he could get off five aimed shots in the time that it took a .375 H&H shooter to fire twice, and he would get exactly the same degree of penetration. Granted, using a 7×57 on dangerous game was illegal, but at that time you could get away with it, and the last I heard he hadn’t been killed.

For what it’s worth, I’ve owned, I think, three 7x57s, and none of them shot to the standard of the 7mm/08. But I’ve never heard a complaint from anyone else about the ancient Mauser, so you’ll surely be fine too.