Despite a huge size mismatch, this dog stood its ground when a big brown bear came sniffing around 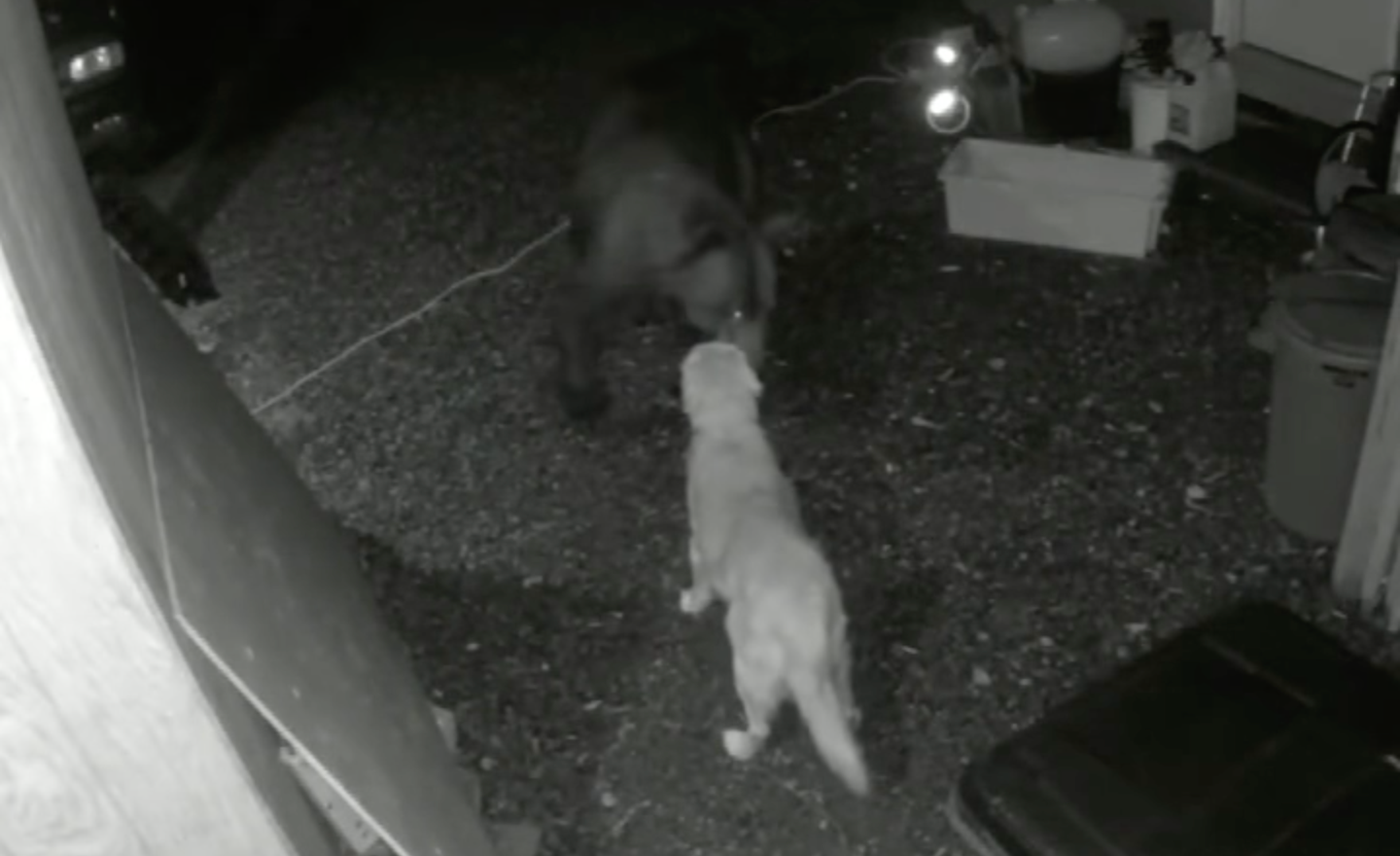 When its brown bear vs. golden retriever, who do you have winning?. Nicholas Galanin via Facebook
SHARE

A golden retriever named Pretty was intent on defending his owner’s property when a big brown bear came by on a recent night. The 11-year old dog stood at the door, barked, and wagged his tail, even as the bruin came closer and closer. The bear sniffed Pretty, picked up its paw as though it might take a swipe at the dog, and then retreated back into the dark. The incident took place at 11:30 p.m. on August 15 in Sitka, Alaska, a small coastal town on Baranof Island in the southeastern part of the state. The dog’s owner Nicholas Galanin recorded a video of the tense encounter with a camera positioned near the door and posted it on Facebook.

“We have lots of bears, though I’ve never seen them engage this closely,” he told Snopes. In the original Facebook post, Galanin wrote that he was considering “changing Pretty’s name to Legend! He’s always been a good bear dog.”

Read Next: What Should You Do If a Grizzly Bear Attacks?

The brown bear in the video is known as an Alaskan coastal brown bear, which is a distinct species from the grizzly bear, though the two species are often referred to interchangeably. Coastal brown bears are larger than black bears and can weigh as much as 1,500 pounds. They also have distinctive shoulder humps and long, straight claws. Brown bears tend to avoid encounters with people, though they are known to kill domestic animals on rare occasions.