You can spend big bucks on a high-quality ammo—but you don’t have to. These 10 loads are hard on game and easy on the wallet. 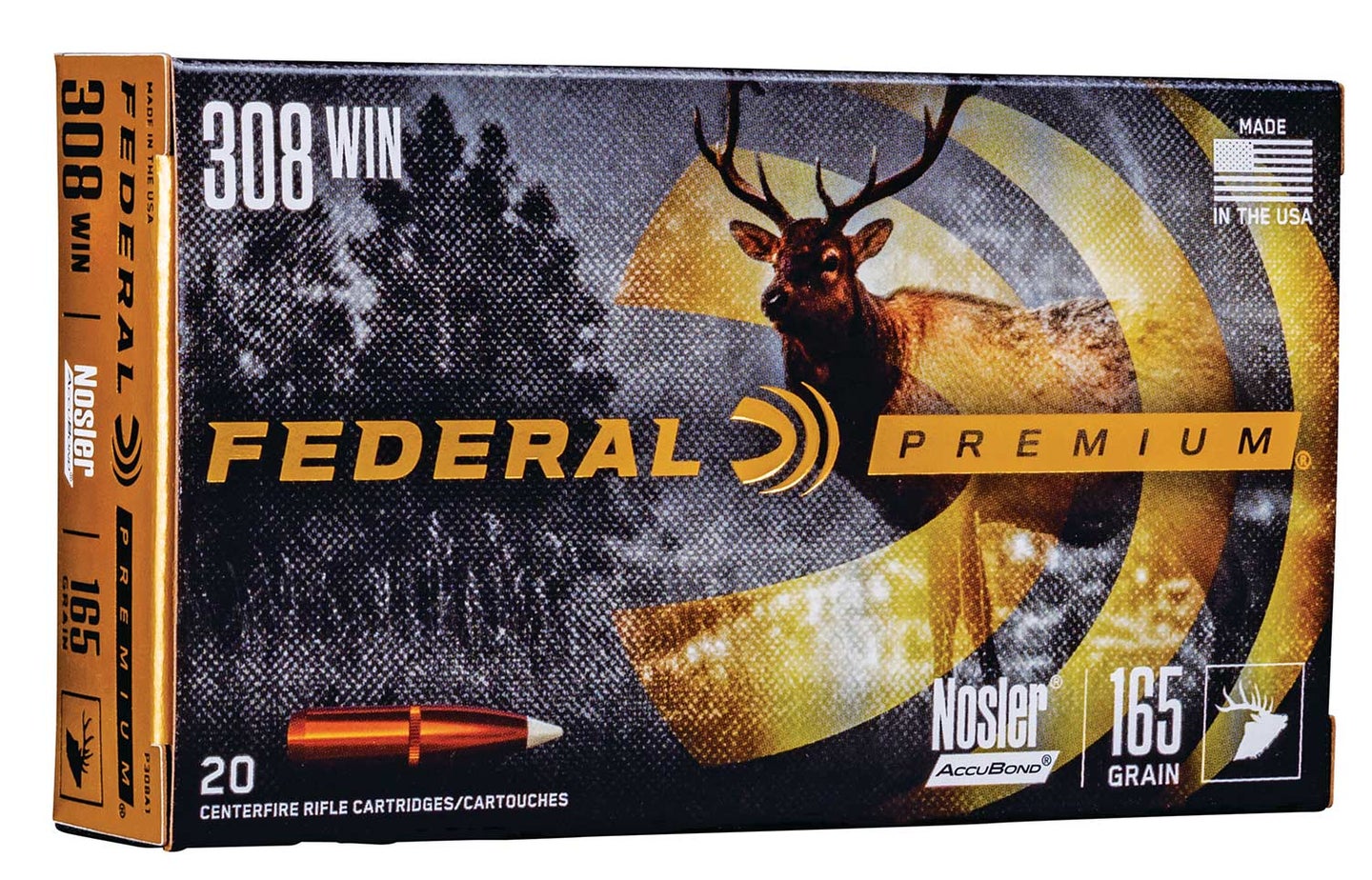 The best ammunition is better than ever. Trouble is, it’s way more expensive too. Top-of-the-line rifle ammo can run you $3 or more a round, and with the introduction of Tungsten Super Shot, some shotgun loads can run an outlandish $10 a pop. Now, when you consider what’s on the line when you pull the trigger, you don’t want to skimp on ammo. But you don’t have to break the bank either, because there is a lot of truly high-performance rifle and shotgun loads that are hard on game and easy on the wallet. Here are 10, in no particular order. Not one of them is over $2.50 per round, and some are well under $1.

With online sale prices as low as $17.89 per 20 for the most popular calibers, this is one of the most affordable premium big-game offerings on the market, and it shoots with surprisingly fine precision given the cost. Fusion ammunition is available in 28 different cartridges, including some unexpected ones like the 6.5 Grendel, 7.62×39 Soviet, and .35 Whelen. And if you like to hunt deer with a .223 Remington, the 62-grain Fusion load is probably the best option at any price. It’s not a stretch to say that Federal Fusion ammo offers the best terminal performance on big game for the least amount of money.

A box of 20 Winchester Powermax Bonded rounds goes for about $26 to $35. Winchester

The PowerMax Bonded is one of the best and most overlooked high-performance ammunition lines available, especially for deer hunters. The proprietary bonding process fuses the lead core to the copper alloy jacket to eliminate any chance of separation. And with its protected hollow-point, the bullet delivers massive expansion and creates large wound cavities that lead to quick kills. The PowerMax Bonded is available in 16 of the most popular big-game cartridges, including the .223 Remington, .30/30 Winchester, and even the .325 WSM and new .350 Legend.

Superformance usually starts at around $33, but is often on sale for under $30. Hornady

The SST bullet is not what most would consider premium, but with a non-bonded lead core and streamlined polymer tip, it dumps a lot of energy during penetration and is known for delivering quick kills on game. Where the SST bullet really shines is when its loaded in Hornady’s Superformance ammunition line. With Superformance loads boosting muzzle velocity by as much as 200 fps, the SST deserves serious consideration if you think you might have to take an extra-long shot. Superformance SST loads are offered in 18 different chamberings, from .243 Winchester to .338 Winchester Magnum.

All Remington HTP (High-Terminal-Performance) Copper loads are topped with the renowned and truly premium Barnes Triple Shock bullet. Regardless of the caliber, you can expect double-diameter expansion, deep penetration, and the high likelihood of an exit wound. Given this type of terminal performance, HTP Cooper loads are a great way to increase penetration without going to a heavier bullet or more powerful cartridge. Several ammo manufacturers load Barnes Triple Shocks, but not at this price. So why pay more? It’s available in seven big-game cartridges from .223 Remington to .308 Winchester, including the .30/30 Winchester.

The Nosler AccuBond sits at the pinnacle of the premium-bullet pyramid, delivering a near-perfect balance of penetration, expansion, and tissue destruction. With its streamlined polymer tip, it rivals the fabulous accuracy of the revered Nosler Ballistic Tip. And its bonded, lead-alloy core allows it to deliver terminal performance on par with the legendary Nosler Partition. AccuBonds are loaded by several manufacturers, but you’ll find the lowest prices in the Federal Premium line, available in 16 chamberings, from .243 Winchester to .338 Lapua.

Federal Speed Shok Steel goes for around $11 to $20 per box of 20, and some rebates are available. Federal Premium

Federal’s Speed Shok, aka Blue Box, steel has always been great ammo for the money—the kind of stuff people who hunt a lot buy by the case. And that was before Federal gave it a makeover last year. A switch to faster, cleaner-burning powder reduces fouling, while a new Catalyst primer guarantees ignition even on the coldest hunts, and I should mention that Federal ammo is made in Minnesota, where they know a lot about cold weather. Speed Shok comes in 12- and 20-gauge loads at velocities of 1450 and 1550 fps, as well as a 28-gauge load containing 5/8 ounce of 6 shot, which some use for teal and I like for doves.

Fiocchi Golden Pheasant is a great field load for around $16 to $20 per box. Fiocchi Ammunition

Ringneck pheasants are tough birds, and most of them are shot going away, so pellets have to penetrate all sorts of bone, muscle, feathers, and non-vital organs to get to the good parts. It takes a good pattern and high-quality shot to kill a rooster, and that’s where Golden Pheasant shines. Developed in South Dakota, where pheasant hunting is king, this is the stuff you want for anchoring wild birds. Loaded with hard, round, nickel-plated lead to reasonable but not excessive velocities, Golden Pheasant is all about putting pellets on target in 12, 16, 20, and 28 gauge. And the box has a cool retro look too.

At $20 to $25 per box of 10, Winchester’s Long Beard delivers remarkable long-range bang for the buck. Winchester

If deadly long-range patterns are the most important criteria in a turkey load, Winchester Long Beard made all other lead loads obsolete the minute it came out. It puts up a good showing against the latest, and much pricier, TSS loads too. Long Beard’s secret ingredient is nothing more than a few cents’ worth of epoxy. The resin encasing the pellets shatters upon ignition, turning into buffer that protects the shot from the stress of acceleration from 0 to 800 mph, keeping it beautifully round. Round shot retains velocity and energy, and it patterns phenomenally well at yardages I don’t even want to talk about.

The first nontoxic steel-shot alternative, bismuth (actually a bismuth-tin alloy) is much denser than steel, hard on birds, easy on older guns, breaks before your teeth do when you bit it, and calms your upset stomach in the bargain (as bismuth is the main ingredient of Pepto-Bismol). Now, it’s more affordable, too. Kent makes its own bismuth shot, and through some proprietary magic, they keep the costs way down. Both waterfowl and upland loads are available in 12, 16, 20, and 28 gauge in boxes of 25 rounds for less than $2 per shell and sometimes much less.

Remington American Clay and Field is a tremendous bargain at around $7.50 to $9 per 25. Remington

Priced slightly higher than Remington’s promotional Gun Club ammo, but well below the premium STS target loads, American Clay and Field delivers excellent performance. Loaded with much harder shot than Gun Clubs, Clay and Fields pattern well and can reach out to break handicap trap targets and long-range doves. What’s more, the hulls are highly reloadable— although at the prices you’ll find this ammo, you may not save a whole bunch by loading your own. It comes in 12, 20, 28, and .410 in 7-1/2, 8, and 9 shot.