9 Wild Facts About the Bald Eagle

Because it’s American Eagle Day, here are a few more reasons to admire this iconic bird 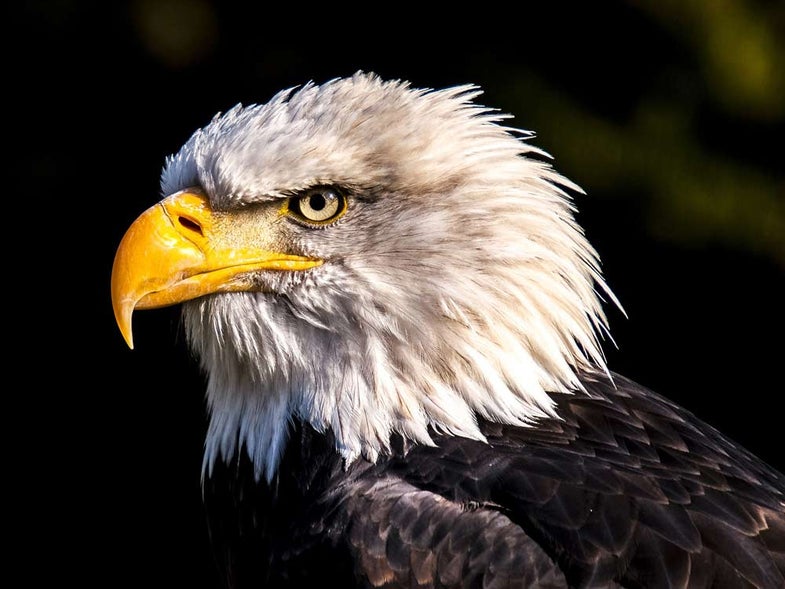 Bald eagles are native to North America—as they should be. Pixaby
SHARE

The white head of a bald eagle against its massive, dark-brown body makes it impossible to mistake for any lesser bird. The raptor is so distinctive, in fact, that on June 20, 1782, Congress decided to use it for the Great Seal of the United States. More than 200 years later, we continue to celebrate this iconic bird on American Eagle Day. But there’s more to this bird than just good looks. From its craggy talons to its sharp vision to its unique mating rituals, this is one amazing bird. Here’s why they’re so special. 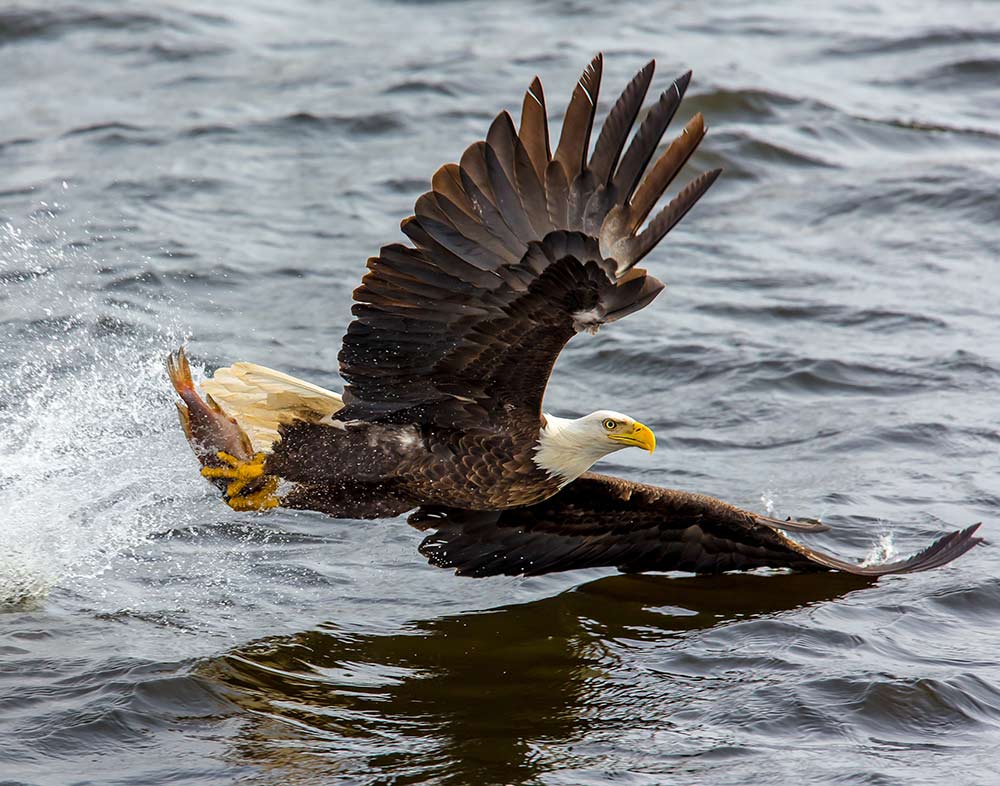 A bald eagle swoops in for a successful kill.

Bald eagles rule the sky. They are so dominant that they don’t even have to hunt for themselves and will often scavenge for carrion or steal the kills of other birds. When they do hunt, bald eagles typically glide just above the water and snag fish from right beneath the surface instead of making plummeting dives like falcons. 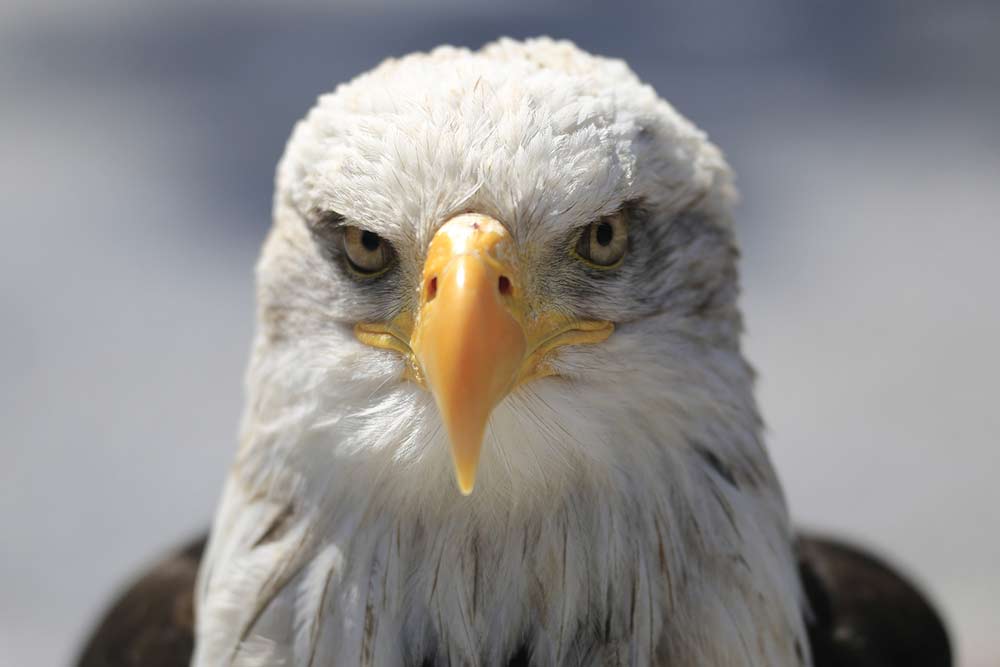 Eagles can spot prey from miles away.

Eagles are synonymous with superb vision for a reason: Their eyesight is estimated to be three- to four-times better than humans. This means they can spot a rabbit at over 3 miles away. The strength of their vision is made possible by their proportionally oversized eyes. A bald eagle can also see ultraviolet light, which gives it the ability to spot the UV-reflecting urine of small rodents—and then sweep in for the kill. 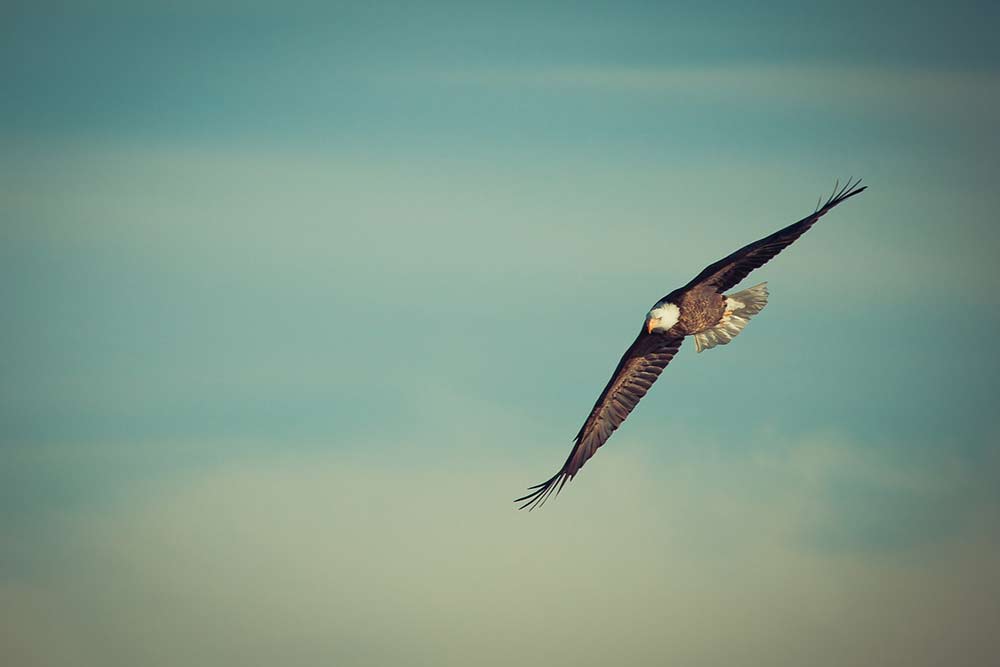 Bald eagles can soar at 30 mph.

With wingspans measuring 6 to 7.5 feet, bald eagles are optimal flying machines. Their average soaring speed clocks in at about 30 mph, which is roughly equivalent to a horse at full gallop. Bald eagles can breach this speed during dives, but they rarely utilize such acrobatics. Moreover, the birds can ascend to heights of up to 10,000 feet. 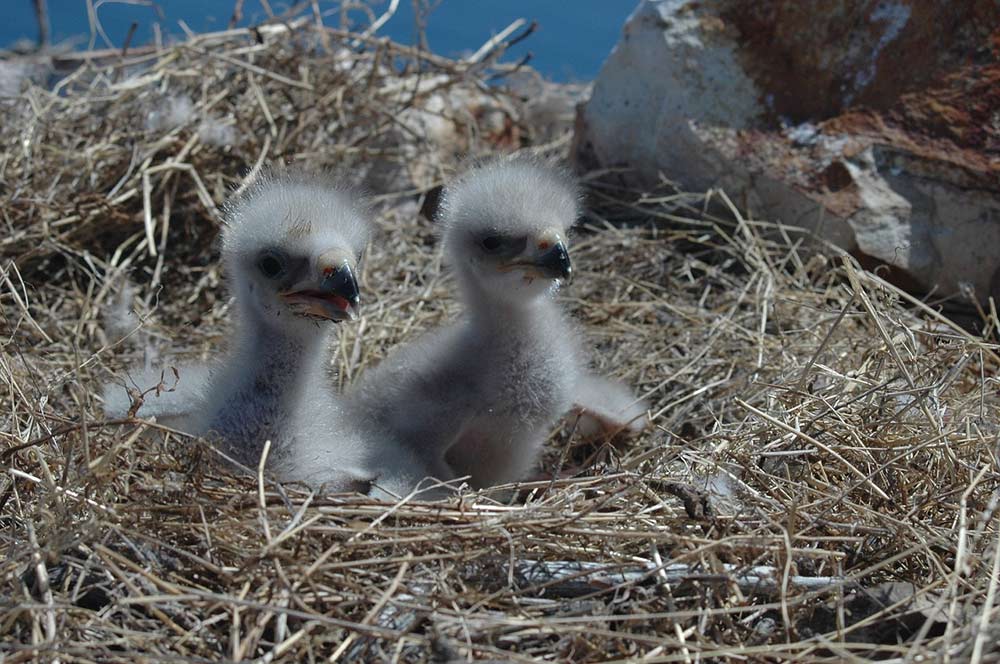 Survival of the Fittest

The stronger of two eaglets have been known to kill their sibling to ensure its own survival.

Female bald eagles generally lay two eggs at a time. If both eggs hatch, in times of stress, the older, healthier eaglet is known to peck the weaker one to death or push it off the nest, securing all possible resources for itself. 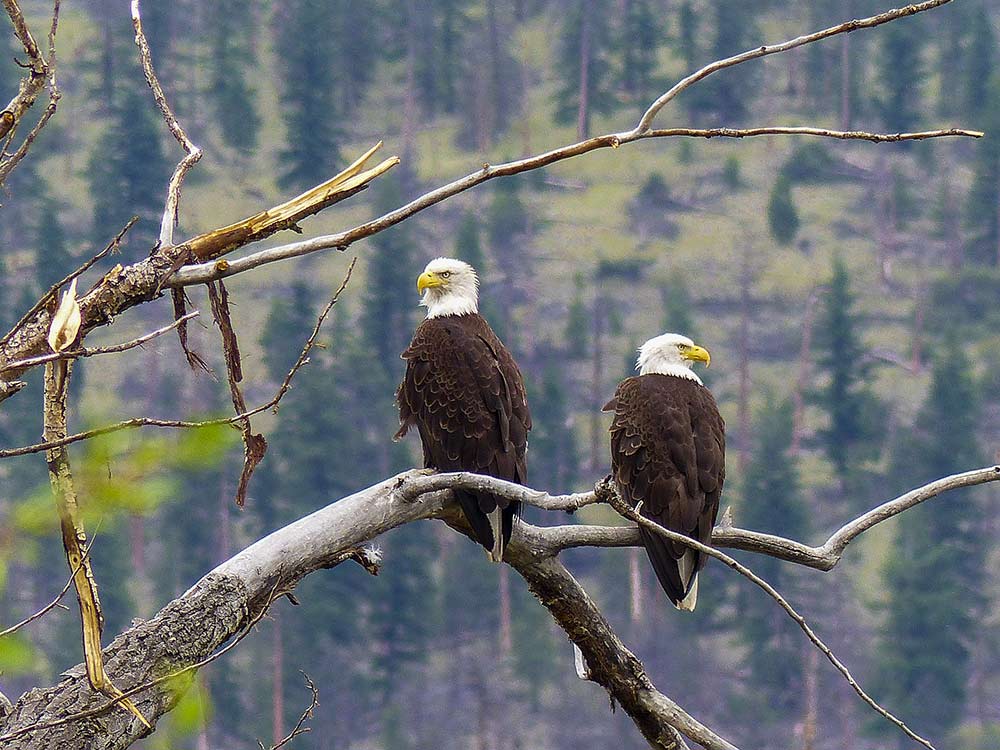 Bald eagles usually mate with one partner for life. However, if one of the eagles in a pair dies, the surviving bird will immediately search for a replacement. Prior to copulation, bald eagles engage in an intricate aerial mating ritual that involves locking talons and making cartwheeling freefalls. 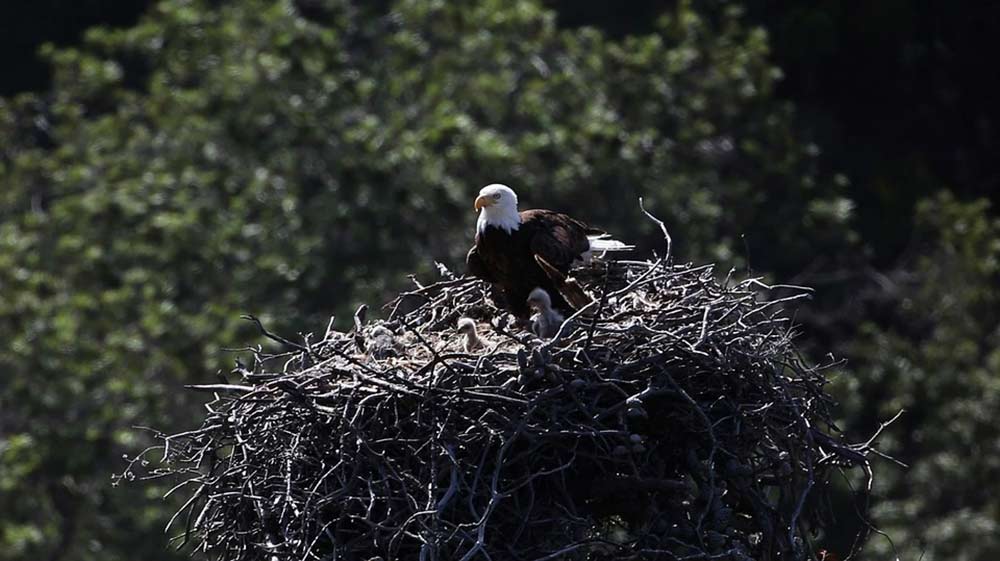 These raptors build nests in the uppermost reaches of trees that match their predatory prowess. Made of sticks and lined with grass and shrubbery, the nests typically measure about 4 to 5 feet wide and 2 to 4 feet deep. The largest bird nest in the world was built by a pair of bald eagles and their successors in St, Petersburg, Fla. It was 9 feet 6 inches wide, 20 feet deep, and weighed over two tons. 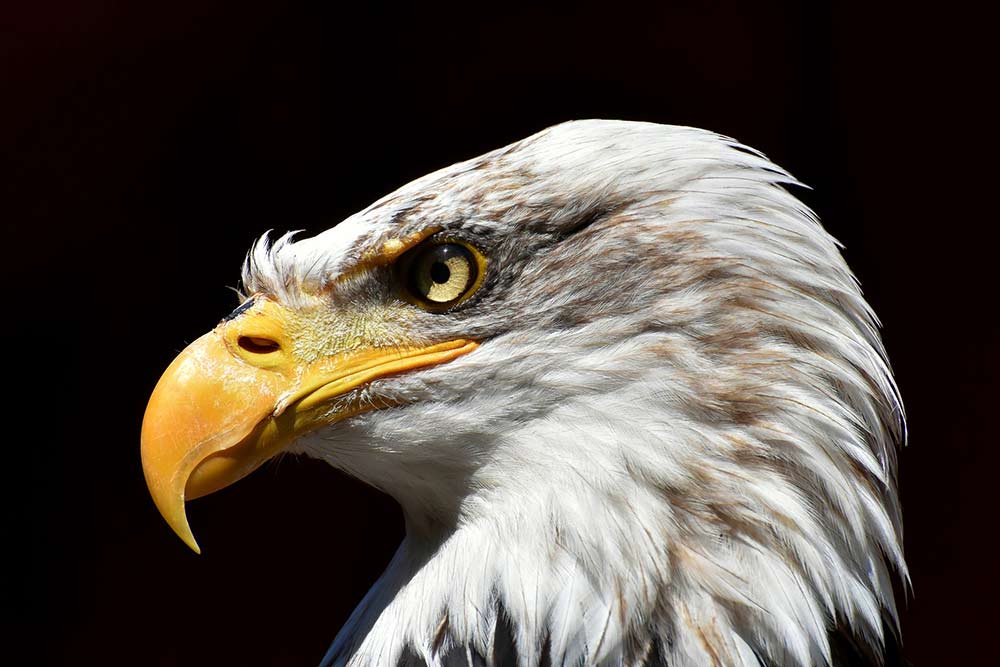 Just because bald eagles are cunning predators doesn’t mean they always live a long time. About 75 to 80 percent of the birds don’t make it to adulthood at age 5. That said, they do have the biological capability to survive far longer. Wild bald eagles have lived upwards of 30 years; captive birds have neared 50 years. 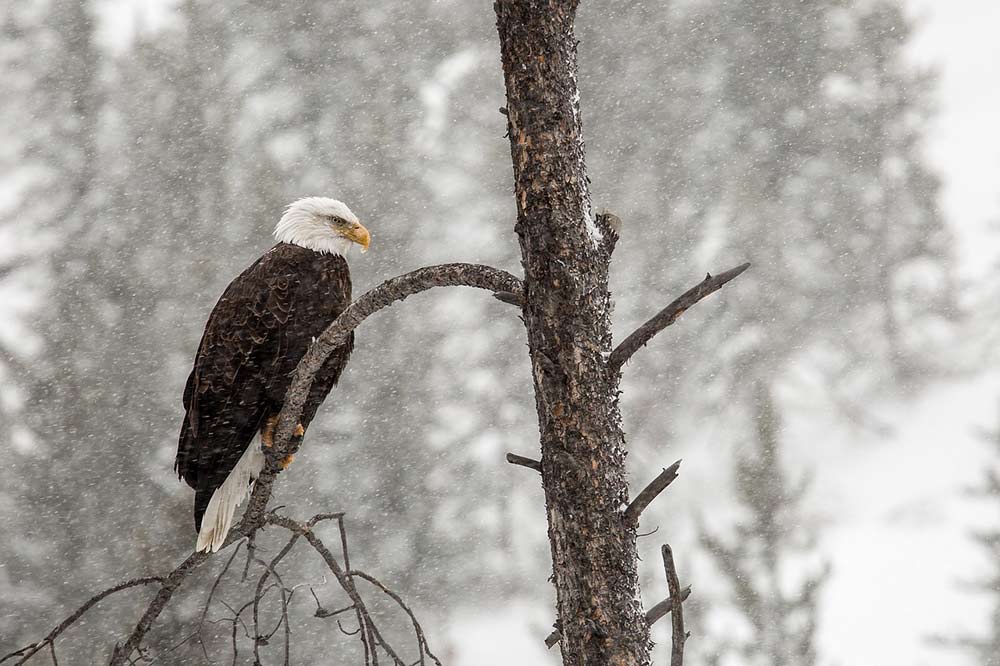 Despite nearly going extinct in the 1960s, eagles have gone on to thrive in the Lower 48.

Despite being chosen for the Great Seal of the U.S. in 1782, bald eagles nearly went extinct in the Lower 48. In 1963, there were only 487 nesting pairs remaining in the entire country. The Endangered Species Preservation Act of 1966 and the subsequent ban of DDT, a toxic pesticide, combined to foster the regrowth of the bald eagle population. By 1995, the U.S. Fish and Wildlife Service had delisted bald eagles from the endangered species list and moved them to the threatened list. In 2007, they were taken off the threatened and endangered species list altogether. 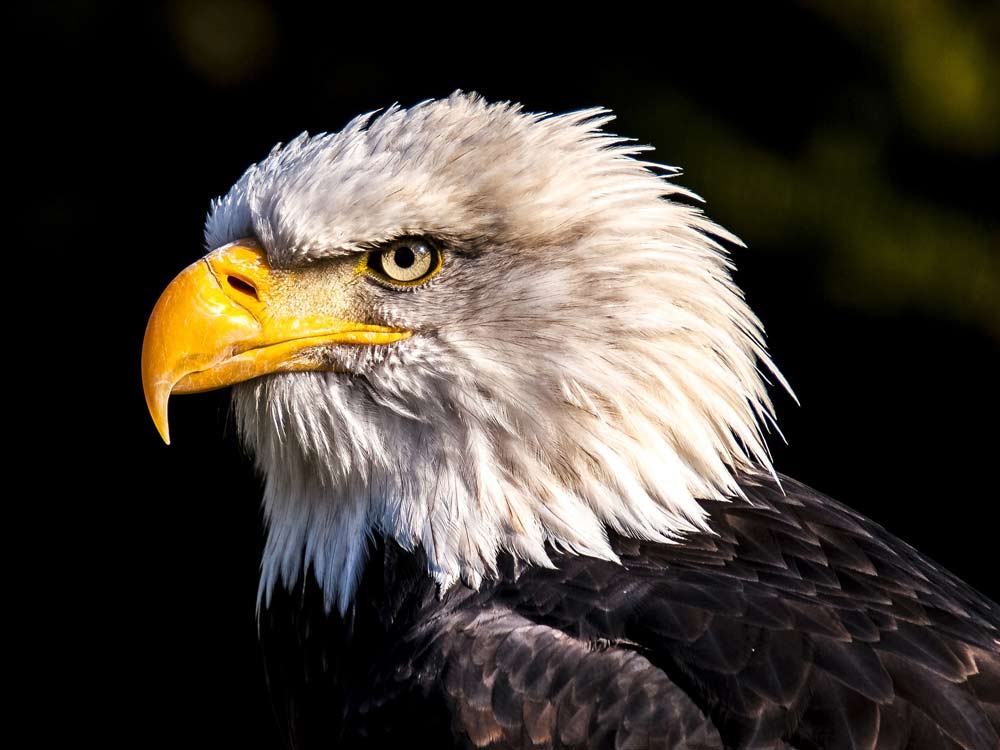 Bald eagles are native to North America—as they should be.

Fittingly, the bald eagle is found only in North America. Though there are 60 species of eagles worldwide, the only other species that’s found in North America is the slightly smaller golden eagle.