The next time you pick up some beers for a fishing trip or hunting camp, see if you can make your purchase count double. These days, breweries don’t just produce good beer—they also support good causes . These five breweries’ interests are closely aligned with those of hunters and anglers: They’re all ardent advocates for conservation and donate significant contributions to various conservation initiatives. And, of course, they produce some really tasty suds while they’re at it. 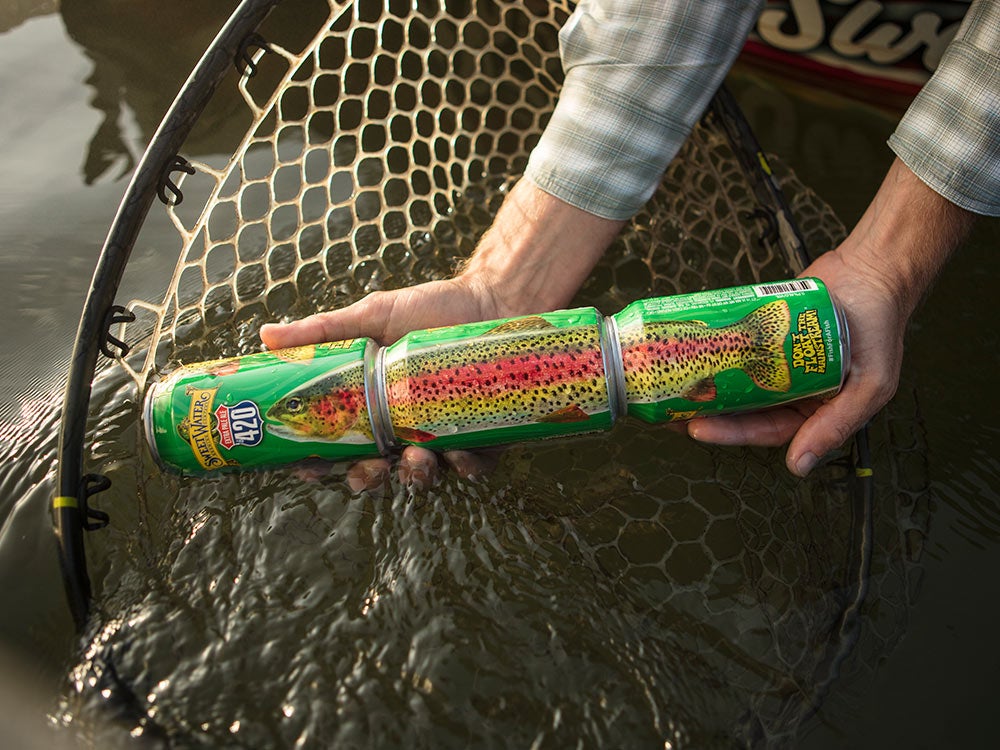 For every social media post of three limited-edition #FishForaFish cans, Sweetwater will stock a trout in a stream near you.

Atlanta-based Sweet Water Brewery is perhaps the most committed brewery to conservation out of all of the breweries on this list. Every year, as part of the company’s “Save Our Water” program, Sweet Water donates more than $100,000 to Trout Unlimited, Ducks Unlimited, Bonefish & Tarpon Trust, Waterkeeper Alliance, and Coastal Conservation Association’s Building Conservation Trust. This past summer, the brewery also sold a “Protect Natural Habitat” variety pack, which, when purchased, added funds to the “Save Our Water” donation. This fall, Sweet Water is selling “Stack a Fish” cans. These limited-edition cans include photos of trout and tarpon. For every stack of three trout-labeled cans that customers post on social media with the hashtag #fishforafish, Sweet Water will work with your DNR to stock a trout in a local stream. Similarly, for every stack of tarpon-labeled cans, Sweet Water will donate money to Bonefish & Tarpon Trust.

Beyond these impressive conservation efforts, Sweet Water makes easy-drinking beers that come in pint-size tallboys. The Field & Stream staff sampled the three beers that Sweet Water is including in their #FishForAFish campaign. The brewery’s Goin’ Coastal IPA is a light, fruity IPA that our taste-testers report as not “biting too hard” and as being a beer that’s “good for the beach.” Sweet Water’s traditional IPA is a crisp beer that has a full, hoppy finish. Finally, the 420 Extra Pale Ale is a very dry beer, and several of our testers reported a “herbal aftertaste.” 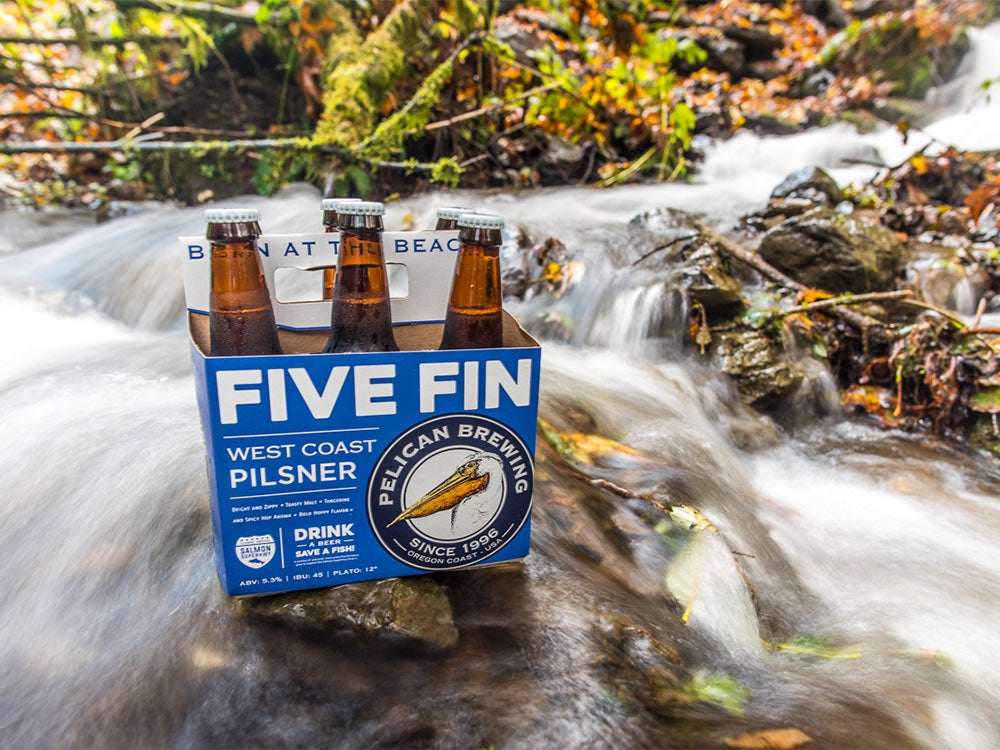 A portion of the proceeds of the Pelican Five Fin Pilsner support the Salmon SuperHwy Project.

Oregon-based Pelican Brewing Company knows that fishing matters to its customers, so the brewery has positioned itself to help conserve local fisheries. The brewing company is a key partner to the Salmon SuperHwy Project, which restores habitat and eliminates manmade barriers in six northern Oregon rivers in order to foster the migration of steelhead and salmon. The brewing company also sponsors the annual Pelican Salmon Run, which further supports salmon recovery efforts.

A significant portion of the proceed of the Pelican Five Fin Pilsner go directly to the Salmon Superhwy project. The pilsner is nice and malty, which makes it good to beer to pair with food.

A brewery in America’s most rugged state, Alaskan Brewing Co. pays tribute to its natural surroundings with its conservation efforts. Eleven years ago, the brewery founded the Coastal CODE (Clean Oceans Depend on Everyone) initiative. The Coastal CODE fund, which garners money from one percent of all proceeds of Alaskan Brewing Co.’s Icy Bay IPA, provides grants for ocean and waterway cleanup and habitat restoration. To date, the fund has granted over $270,000 to conservation projects, resulting in more than 1 million pounds of debris removal from waterways to date. Beyond these fundraising efforts, the Coastal CODE undertakes hands-on beach cleanups in collaboration with partner organizations and volunteers.

The Icy Bay IPA is a classic, no-frills IPA that has a mild flavor and medium level of maltiness, and it appealed to Field & Stream‘s non-IPA drinkers.

Upslope Brewing Company was born in the Rocky Mountains of Colorado, and it describes itself as having a pack-in, pack-out ethos. The brewery is a proud partner of Trout Unlimited and, with its “1% for Rivers” campaign, it donates 1 percent of all of its Craft Lager sales to TU. The brewery is also a partner to other conservation-minded organizations, such as Leave No Trace and Protect Our Winters.

Upslope’s Craft Lager is a light, refreshing lager that hits the spot if you’re looking for an easy-drinking summer beer. It’s perfect for a BBQ or a day on the water. This was the go-to selection for many of Field & Stream‘s non-IPA drinkers.

A core part of Breakside Brewery‘s organizational philosophy is protecting the natural resources of the Pacific Northwest. In addition to utilizing sustainable brewing practices, the brewery supports conservation organizations such as Freshwater Trust, Oregon Wildlife Foundation, and Oregon Wild.

Though the brewery doesn’t have any beer-specific initiatives, it offers some nice IPA options. The Breakside IPA is a hoppy ale with a strong guava undertone. It’s reminiscent of a New England IPA, but it’s less hazy. Breakside’s Wanderlust IPA was another favorite among Field & Stream‘s IPA-loving taste-testers. This beer is darker and with a subtler fruitiness compared to the Breakside IPA.