Counter Effect: Are Crossbows Threatening the Tradition of Bowhunting?

Crossbows during archery season help recruit new bowhunters, right? These days, some are having second thoughts 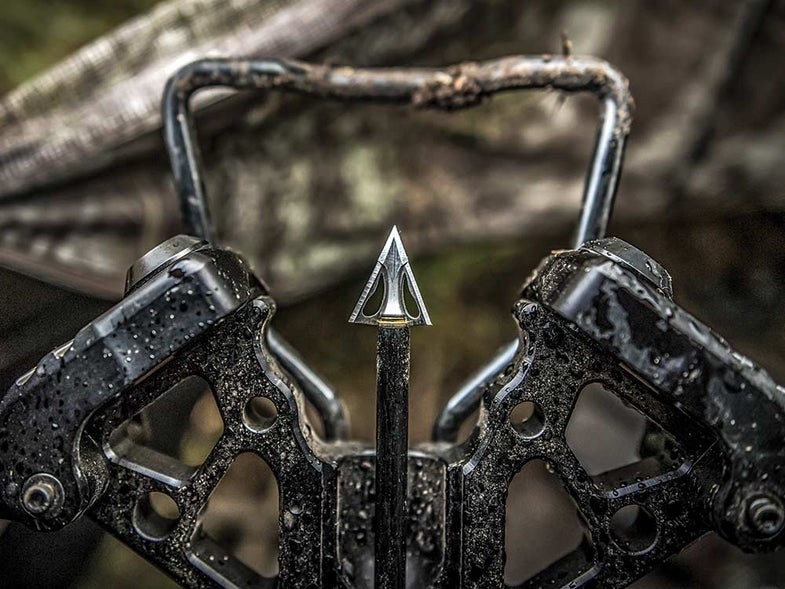 "Are Crossbows Threatening the Tradition of Bowhunting?" by Will Brantley. John Hafner
SHARE

Looking at the numbers, the compound bow business is in trouble. Pro shops are closing, and bowhunter numbers are falling. The reasons are no doubt complex (the steep price of the equipment, for example, hasn’t helped), but there’s been a big, undeniable change in the bow woods over the past decade: Crossbows have surged in popularity.

In 1979, Precision Shooting Equipment (PSE) introduced the Crossfire, the first commercially successful compound crossbow built for modern sportsmen. It was championed by PSE founder and bowhunting icon Pete Shepley as a tool that could help recruit new hunters.
“Pete really took a lot of heat over crossbows,” says Blake Shelby, current executive vice president for PSE. “But we pushed to get them legalized, hoping they’d get more people into archery.”

That hasn’t exactly worked out. PSE continues to make and sell crossbows, but Shelby says the crossbow boom has actually proven bad for business, and he worries that their full inclusion into ­archery seasons is threatening the tradition of bowhunting altogether.

Hunter participation numbers have been dropping since 1982. That seemed to be a good argument in favor of allowing full inclusion of crossbows into archery seasons. Vertical-bow groups pitched a fit, of course. They warned that the woods would become too crowded during bow season, harvest rates would skyrocket, and the tradition of bowhunting would be eroded. The Pope and Young Club refused then—and refuses still—to accept animals taken with a crossbow into its record books.

But in the big picture, the opposition lost the fight—and lost it so completely that, these days, complaining about crossbows is likely to get you labeled a purist who is out to divide hunters. Twenty-seven states now allow full inclusion of crossbows during archery season, largely based on the premise that these easier-to-shoot tools would recruit enough new bowhunters to reverse the trend of falling overall participation.

Yet that doesn’t seem to be happening. According to the most recent (2016) outdoor recreation survey conducted by the U.S. Fish and Wildlife Service, hunter numbers fell by 16 percent from 2011, and the overall hunting participation rate is the lowest it’s been in 25 years. The total number of bowhunters declined 19 percent in the same time period—and Shelby believes the total has fallen even more since 2016.

What does seem to be happening are some of the very things the purists warned of. In some cases, archery seasons are becoming more crowded and harvests are getting bigger. Consider Ohio, which is a good case study because it has had full crossbow inclusion for 34 years now. According to the 2017 Deer Survey conducted by the Ohio ­Department of Natural Resources, 76 percent of gun hunters now also bowhunt. Back in 1981, before full crossbow inclusion, that number was 30 percent. A decade ago in Ohio, the archery harvest made up just 25 percent of the state’s ­total deer take. Last year, at 45 percent, it exceeded the gun harvest—and 61 percent of those animals were taken with a crossbow. Yet for the seventh consecutive season, overall ­license sales have ­declined in the state.

Nationwide sales trends seem to reflect the same, according to hunter panel surveys conducted by Southwick Associates. In 2014, crossbows constituted 28 percent of all new bows sold, while compound bows made up 72 percent. In 2017, compounds were down to 53 percent, while crossbows were up to 47 percent. No doubt, gun hunters are picking up crossbows—but it seems that former vertical-bow hunters are switching too.

“I believe the industry is on the cusp of losing some of our best [bow] manufacturers,” Shelby says. “We’ve had to eat a little crow. Crossbows are not the saviors we thought they would be. If we had to go back and do it over again, especially on the topic of [advocating] full inclusion, we would handle it differently.”

Equipment evolves and the market changes. So what if crossbows replace vertical bows?

Of course, there’s a tradition to protect. But more tangibly, the timing and structure of hunting seasons in most states are heavily influenced by the equipment used. Archery seasons tend to be long and occur during the best times of the year—the early season, the rut—because bowhunting is inherently more difficult.

Crossbows make it much easier. The performance gap between vertical bows and crossbows is wide—and getting wider. Some crossbow companies now tout 100-yard accuracy in their marketing.

To be fair, compound bows are way better than the recurves that they replaced. But with a compound, the fundamental bowhunting skills of drawing and maintaining shooting form under pressure are preserved. I’ve seen good 100-yard groups from a compound—but they’re attainable by such a small group of expert archers that they border on trick shots.

On the other hand, having tested just about every new flagship crossbow to hit the market in the past six years, I can tell you that they’re pretty much all capable of 100-yard accuracy in the hands of anyone with some rifle experience and a rangefinder.

“When discussions of full inclusion first came up, crossbows weren’t that good,” Shelby says. “Now many of them have speeds in excess of 400 feet per second, and with a good scope, they’re accurate to 100 yards. Of course, there’s a lot of drop at that distance, and the argument can be made that it’s not an ethical shot. But crossbows are capable. They have other advantages. You can use a rest, hunt from a box blind—things you just cannot do with a regular bow. Inside 100 yards, they’re very much like a gun.”

As to the timing of the harvest, both the Michigan and Wisconsin DNRs have data that shows more bucks are being taken earlier in the season than ever before—and in both states, as in Ohio, more hunters are using crossbows than vertical bows.

Think no one notices? Last winter in Wyoming, which was one of the few Western states to allow full inclusion, a panel of biologists and game wardens with the Game and Fish Department recommended in a report to the commission that crossbows be limited to firearms seasons only. A quote from the report read: “If archery success continues to rise due to advances in equipment, opportunity provided by those seasons will have to be reduced, or more stringent limitations put on legal gear.” Ultimately, after several rounds of debate, the commission voted to keep crossbow use legal during archery season. Still, that the issue was raised at all is telling.

In their own right, crossbows are an excellent hunting tool with many applications. One big reason for the decline in overall hunter numbers, for example, is that baby boomers are retiring from the woods. More boomers use crossbows than any other age group (see sidebar), and without them the attrition rate could’ve been higher. It’s a good argument for keeping crossbows available for senior hunters throughout archery season (which several states without full inclusion do allow).

It should also be recognized that while they’re not vertical bows, crossbows aren’t guns either. I enjoy hunting with them at times myself every fall. Relegating them to firearms seasons only is too restrictive. Of the states that currently allow crossbow hunting, two—Kentucky and New York—provide crossbow hunters with several weeks of extra time without overlapping throughout the entire archery season. I’m at a loss as to why more states don’t follow such a model and offer special crossbow seasons—and that includes the handful of states that still only allow them to be used during gun seasons.

I’m as tired of hunter infighting as anyone. But I also think the tradition of bowhunting should be protected. I think it’s OK to acknowledge the performance difference between a crossbow and a vertical bow. And I think it would be nice to be able to say those things without being ostracized as a “bow snob.”

Of course, it would be the millennials taking the easy way out with crossbows. Except they’re not. A study done for the Archery Trade Association found that of baby boomers, Generation Xers, and millennials, the last was the likeliest age group (at 92 percent) to own and use a compound bow, and the least likely (20 percent) to own and use a crossbow. Gen Xers came in at 80/37 compound/crossbow, and boomers came in at 54/68.