Sure, the dove shoots are off the charts. But Argentina also has some of the best, and most unique, waterfowl hunting on the planet 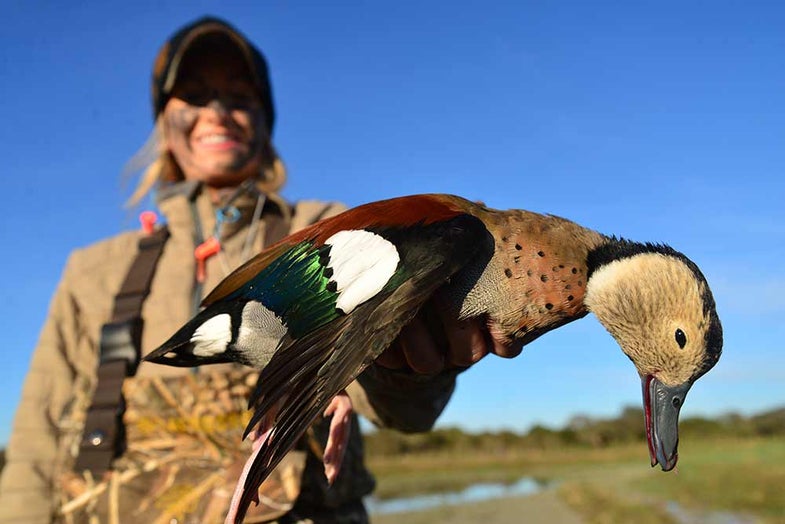 A few summers ago, I set out to rural Argentina to hunt waterfowl with a couple of other hunters. After arriving in Buenos Aires, we drove into the countryside toward camp. Everywhere we looked—on the river and in every tiny settlement we passed through—people were in constant motion: children playing soccer, mopeds zipping around dirt roads with loads of up to four riders, and people meeting on the street, hugging one another as though they were friends who hadn’t seen each other for years.

Our hunting guides spoke broken English and rapid-fire Spanish, and they were especially friendly. Their eyes were always on the sky, and at any second they’d motion you down and call to distant ducks with their voices or homemade whistles made of the brass of 20-gauge shells pounded together. They were quick to give you light-hearted grief about poor shooting; if you weren’t laughing with them after the first miss, you would be by the second or third one. Besides, there were plenty of shots to go around.

Still, it wasn’t the race to the daily limit that drove us, it was the ducks themselves, which were similar to those found in North America, yet new and exotic to us. Often, we’d forget the task at hand and just watch them fly. Then the guides would remind us to get down, again, and we’d hunker in the reeds, shotguns ready. We couldn’t wait to inspect the birds up close.

Here are the five species of waterfowl—and one parakeet—that made wingshooting in Argentina unforgettable.

This little beauty is the backbone of any trip to Northern Argentina. It’s as fast as any teal you’ll encounter in the States and while plentiful, can prove tough to hit. They’ll fly through in pairs or small flocks. If you don’t get your swing through just right, you’ll end up watching an awful lot of them leave as fast as they came.

Named for its light-pink bill, this duck is Argentina’s mallard-equivalent in both size and habits. They flock up and circle while eyeballing your setup. Of all the ducks you’ll hunt, rosies are the noisiest. If they decide to swing in, they’ll take their sweet, circuitous time.

If you were to make a ringed teal call with your mouth in, say, a mall or the break room of your office building, you’d be escorted out by security. It’s a madman’s call, but it works. And if there is a more beautiful or sporting duck in Argentina, I never saw it. These teal are fast and decoy like a dream. You might not find them in huge numbers in the bigger rivers, but they’re prevalent around flooded rice fields.

Hearing the screeching call of parakeets while you’re huddled in your makeshift blind is distinct to South American waterfowling. In the United States, people turn these exotic, colorful birds into pets, but in Argentina, you will be encouraged to remove as many from the sky as possible.

These dabblers are the least garish of the three types of teal you’re likely to encounter. But with their yellow-and-light-blue bills, they’re still beautiful, in an understated way.

Locals call these “tree ducks,” and while they aren’t the prettiest fowl in the South American skies, they make up for their bland plumage in the sheer challenge it is to shoot one. They’re warier than other ducks, feed mainly at night, and don’t decoy well. If you do hit one, it’s cause for celebration. 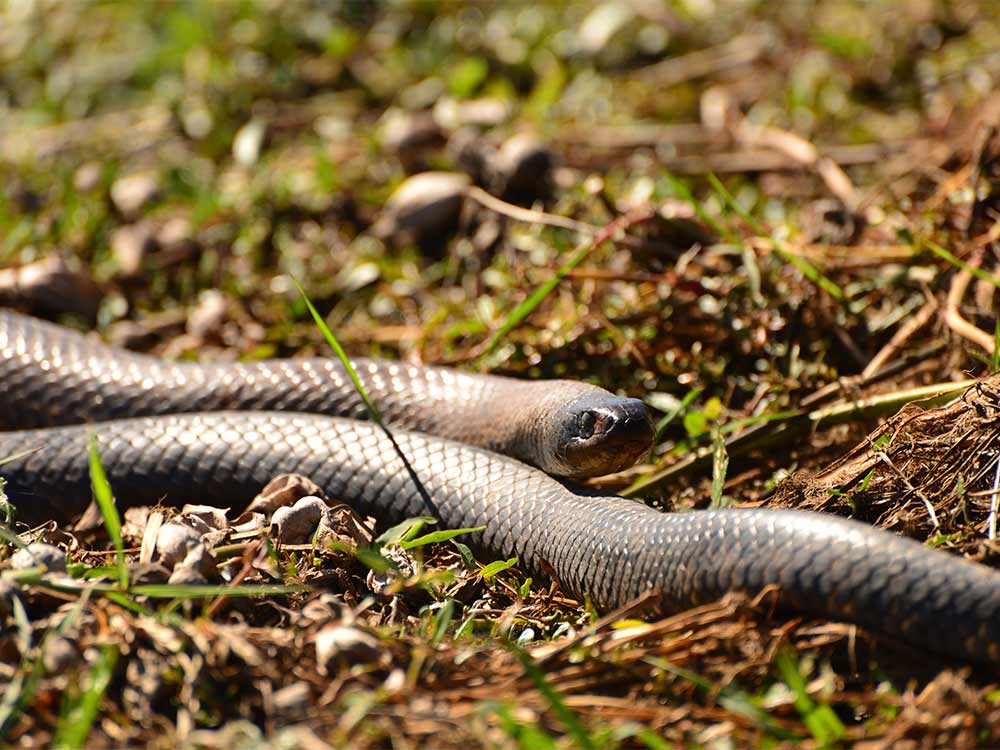 A young anaconda looks past the camera—before charging.

OK, this isn’t a bird, but these snakes are damn impressive…though frightening. I only saw a baby seven-footer on my trip, but while in the process of taking some pictures, it decided it was fed up with the Kardashian life and charged. I went full-on Scooby and Shaggy and promptly fell face-first into the mud, accepting I was a goner. Fortunately, it was a bluff charge, and the only real casualty was my pride.