Hunter Shoots Whitetail. Whitetail Gets Up and Kills Hunter

A reminder to all outdoorsmen: Be careful when approaching a downed deer 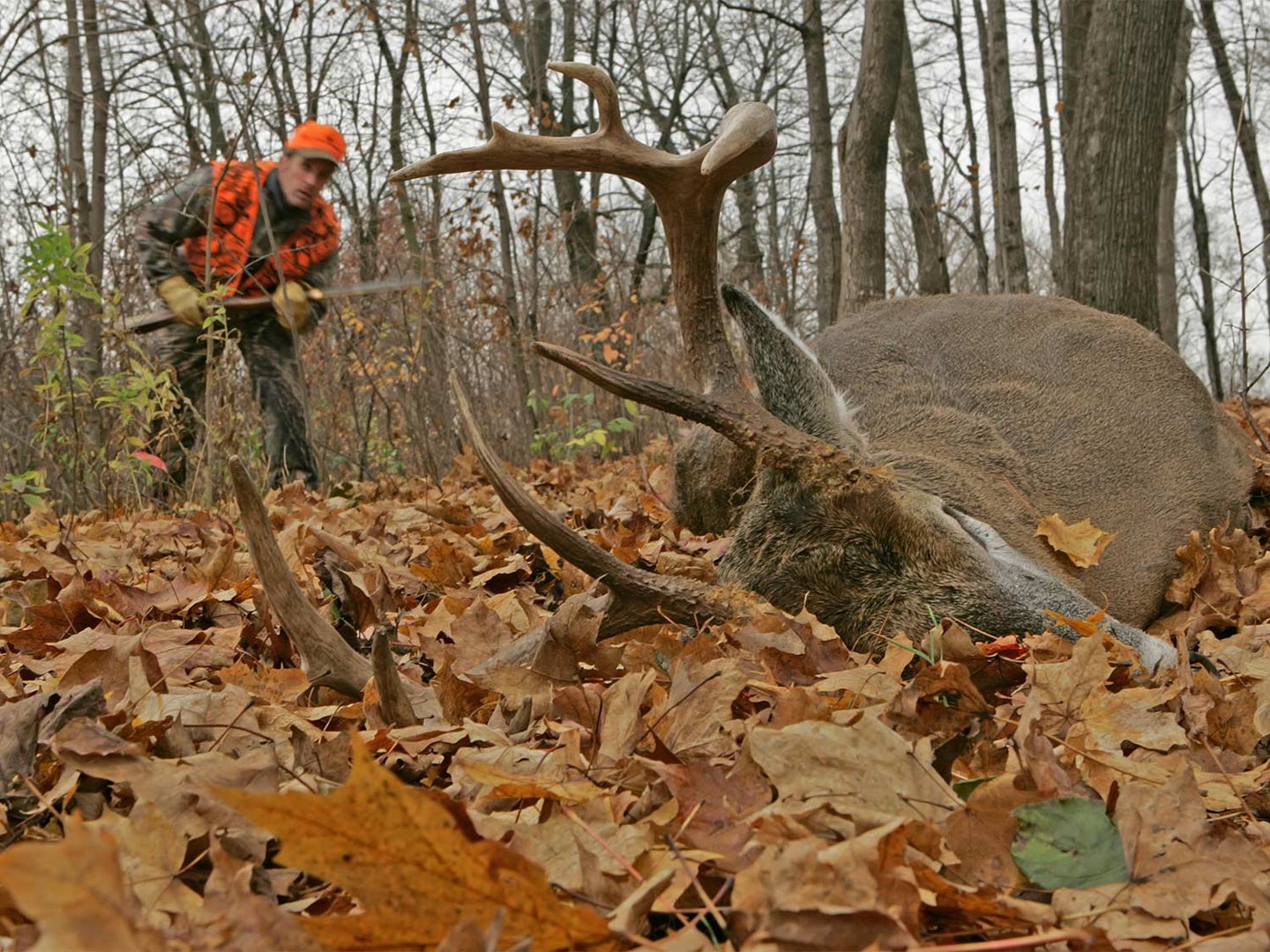 A hunter in northern Arkansas died on October 22 of this year after being gored by a deer he’d shot and thought he’d killed. Thomas Alexander, 66, of Yellville, Ark., was muzzleloader hunting alone when the attack took place.

“It appears he shot the deer and he had put his rifle down near the deer stand and walked down to check and make sure it was dead,” Arkansas Game and Fish Commission chief of communications Keith Stephens told ABC News. “And that’s when whatever happened, happened.” Apparently, the buck got up and attacked Alexander with its antlers. The hospital confirmed that there were several puncture wounds on his body, although authorities said it was unknown whether he had a heart attack or died from his wounds.

Alexander was able to call his family, who alerted 911. Emergency responders attempted to airlift the hunter out of the woods, but he stopped breathing before they could get in the helicopter. He was taken by ambulance instead and pronounced dead at the hospital.

How Dangerous are Deer?

There are no statistics on how many deer attacks have taken place nationally. Wildlife biologists and natural resources authorities say that such attacks are extremely rare. But they do happen. Here are four recent examples.

1. Buck Attacks Man Taking Selfie
Ryan Blanco was out for a walk in early November last year on Staten Island, New York, when he ran across a deer that let him walk right up to it. He even took some selfies. When he tried to leave, however, the buck charged him. Blanco was able to grab the deer’s antlers and fend it off. “My phone battery was dying,” he told the local ABC TV affiliate. “So if something did happen, no one was going to find me until tomorrow morning.”

2. Doe Deer Charges Woman at Work
Rachel McGough was just getting to her job at a paint store in Pennsylvania in 2014 when she noticed a deer acting strangely. “Of course, you have to get a picture of that,” she told Pittsburgh’s Action News. But when she approached, the deer charged her. She was able to get away before she was injured and two bystanders hogtied the animal. The deer was found to be rabid.

3. Ten-Point Buck Gores Man’s Face
Tony Remillard of Troy, N.Y., was attacked in 2017 by a rabid 10-pointer that jumped the fence of his backyard and gashed his face, according to the Associated Press. Remillard counted himself lucky that he only sustained a facial wound that required eight stitches to close. Had the blow been higher, it would have punctured his eye, he said. Remillard escaped when a neighbor drove the animal off. The deer was later found dead and tested positive for rabies.

4. Three-Pointer Attacks 83-Year-Old Man
An 83-year-old man suffered an unprovoked deer attack in his own yard, in Calverton, N.Y., on October 17 of this year, reports the Riverhead Local News. The 3-point buck rammed Reeve from behind, breaking the man’s hip. A neighbor and passerby were unable to frighten the deer away, although it apparently ran off upon hearing the sirens of first-responders. Neighbors in the area said they had been feeding the deer.

Though rare, the likelihood of deer-human conflicts is rising, according to Dr. Clay Nielsen, professor of Wildlife Ecology and Conservation at Southern Illinois University. “We’ve got record numbers of deer, and we’ve got record numbers of humans, which increases the likelihood of these sorts of problems.” People forget that deer are wild, powerful creatures. Most attacks are by bucks around the rut. But the number of attacks by does defending their fawns in spring also appears to be on the rise.

Pound for pound, we are the weakest animal in nature. Remember that before approaching any deer. When hunting, wait at least 30 minutes after the shot before following up. Bring your gun or bow and be ready to shoot. You may have to defend yourself or finish off a wounded animal. Many hunters will tap a deer’s eye with a weapon or stick to see if it’s dead. Think about that. If it’s alive and able to flee, its natural escape route is right over you. Better to tap it from behind on a rear leg. While deer attacks are extremely rare, that’s no consolation when one happens to you or a friend, especially since such encounters can be prevented. Assume the animal is alive and dangerous until you know otherwise.