The Art of Packing a Load 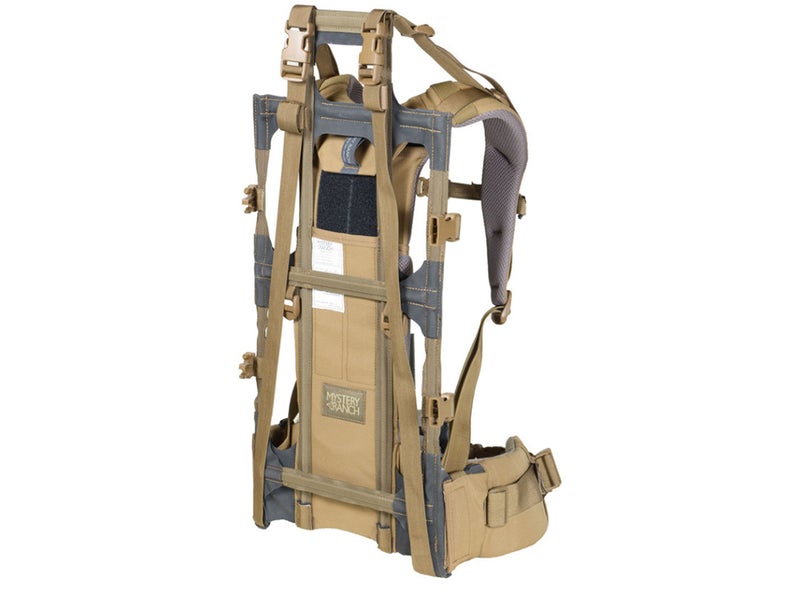 One of the necessary sub-skills of hunting, or living in the outdoors, is the ability to move heavy stuff from one place to another. If you’d like a prime illustration of this, watch an episode of Life Below Zero, which features Glenn Villeneuve. Mr. Villeneuve, who is 49, is completely non-mechanical, with no motors to help him. He is slender, but is probably stronger than Dwayne Johnson. It cannot be otherwise. If you live alone, in the wild, you’ll have to do lots of hauling and carrying.

In this department, there are two great inventions of mankind, both of which date to prehistory. One is the pack basket; the other is the pack frame. Let’s take them one at a time.

In North America, the pack basket seems confined to New England and eastern Canada, eh? Created by native Americans, it’s an open-topped basket woven from hardwood strips, such as maple or ash. Nowadays there are also fiberglass pack baskets, and they outlast wood, especially if you get wood wet a lot, and they clean up easier, but they rattle and clatter and never form to your back.

Most pack baskets cost very little. You can get serviceable ones for $40 to $60. There are much nicer ones available for up to $100*. Eventually they’ll wear out, but until they do, they can take enormous abuse. You could probably load up a pack basket with broken glass and not hurt it much. There’s nothing better for hauling kindling or cut firewood. Trappers consider pack baskets indispensible. Since you can put anything in them, and pack and repack them continually, you’ll sooner find a trapper without his shoulder-length rubber gloves than without his pack basket.

Pack baskets come with rudimentary shoulder straps, usually canvas webbing. This should be your clue that pack baskets are not designed to take tons of weight or travel long distances.

If you get a pack basket, get a liner for it, which will extend the life of the basket and make it easier to clean. Don’t overload the basket. If you’ve done so and duck under a branch, you’ll find its contents cascading down the back of your neck.

Pack frames, on the other hand, are designed to carry appalling loads long distances. A pack frame is just what it says: just the frame, no bag. What you do is lash your load, no matter how heavy, or bloody, or oddly shaped, to the frame, and away you go. The pack frame dates back to before the Roman legions, for whom it was a standard item of issue. It got a major boost in popularity here courtesy of the Army of the United States during World War II, when it was discovered that there were places, such as the mountains of Italy, that were impassible to trucks, and even mules, but not to G.I.s. (Helicopters had not yet been invented.)

According to the detailed and excellent history of the subject by LTC (Ret.) Terry Baldwin, the Army first came out with the Yukon Packboard, which was made of plywood and canvas and weighed 7 pounds. Soldiers complained about it, loudly, and the next one, which was simply called “Packboard, Plywood,” was much better designed and weighed only 4 pounds. It was so effective that it remained an item of issue for 30 years. Colonel Baldwin notes that while it was Army doctrine to limit the load a soldier carried into battle, if he was pulled out of the line to serve as a beast of burden, it made the most sense to load him down as heavily as possible. The more he and his fellow beasts of burden carried per trip, the faster they could get back to the shooting.

I have a smallish pack frame that I bought years ago from a company called Wilderness Pack Specialties. It comes with a QD main bag and fanny pack (which is the best fanny pack I’ve ever used.) The whole thing is highly compact and lightweight, and I don’t think they make it any more; the new models appear to be for much heavier lifting. It has, nonetheless, carried muslin bags stuffed with 75 to 90 pounds of moose meat with no problems.

However, if I were looking to pack out a whole elk haunch or a harpsichord and could not bribe someone to do it for me, I would turn to the Guide Light Frame made by Mystery Ranch. My slavish devotion to Mystery Ranch is no secret. They make stuff to military standards, and their suspension system is the best I’ve ever used. Once you get it properly adjusted, that sumbitch is just not going to shift on you.

Some advice on pack frames: It would seem obvious, but you shouldn’t load your frame while it’s sitting on the ground. You’re going to have to get it on your back somehow. Stand it on something at least waist high and then load it. Slip your arms through the straps, fasten the buckles, and lean forward. If you can still stand, straighten up and stagger off. Probably you’ll want to tighten things, but leave yourself some slack in the chest. Breathing is good.

There’s a thing called a beavertail which is a compression patch that buckles into the frame. It fits over whatever you’re carrying and squashes it down tight. Some beavertails have pockets on them for small stuff. Not all frames can use them, and not all frames come with them. But if you can buy one, or make one, do so. It’s a very efficient way of locking down your load.

Carry a roll of 550 cord. Good pack frames come with enough straps and snaps to secure whatever monstrous object you have to carry, but just to make sure, have lots of parachute cord on hand. If you really want to lock down your load, lay on the P-cord.

I have only one good pack-frame story. In Montana, I shot an elk at twilight when it was something like -20. We gutted it, but the extreme cold prevented the carcass from bleeding out completely. Next day, we went up with packhorses and did a crude butchering job with axes and saws, and loaded it on the nags. But I insisted on packing out the head myself.

I lashed the head, which was frozen solid, to a pack frame and hiked the 5 miles down the mountain. By the time I reached bottom, the head had thawed, and bled what looked like 10 gallons. I was soaked in blood from my belt to my boot soles. The outfitter’s wife took my gore-drenched stuff to the laundromat, and one of the other customers beheld it and started to swoon.

* In researching this post, I came across the work of a Mainer named Bill Mackowski , who deserves a post all to himself. Mr. Mackowski is a working trapper of 50 years’ experience, a historian of Native American crafts, and a maker of pack baskets and snowshoes that will take your breath away with their complexity and beauty. Everything he turns out is made to be used, and everything he makes is also a work of art. I’ve never before seen anything to compare with it. The website itself is fascinating reading.