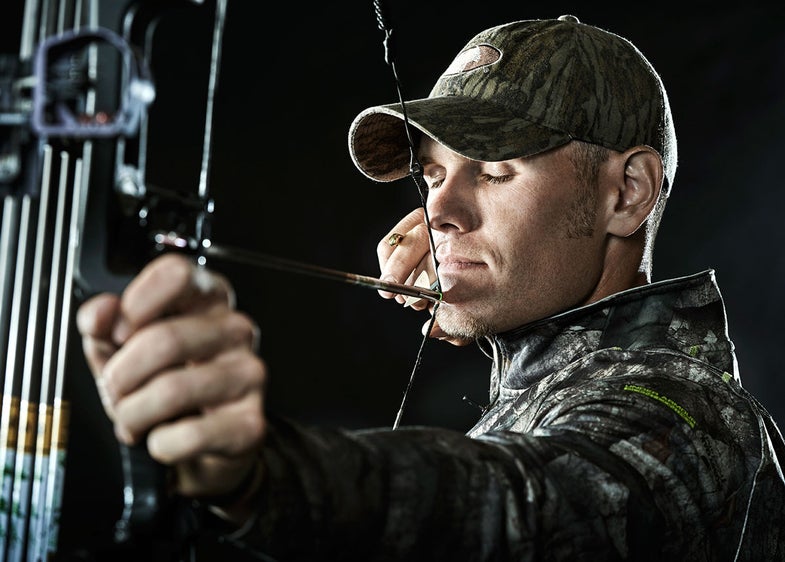 You’d think the world’s top shooter, Levi Morgan, would have a battery of practice drills. “Actually, I rely mostly on just two,” he says.

Just Aim
Pull your bow back, put your finger or thumb on the trigger, and apply a little pressure—but don’t fire the bow. Just aim and aim until you have to let down. Do this three to five times, take a break, and do it again, several times a day. “Make it a difficult target,” Morgan says. “I use a small dot at 50 yards.” Do it for a whole week if you can. Never fire an arrow.

This drill builds up your ability to hold the pin on target longer. And it teaches you to focus solely on aiming—and to separate that from pulling the trigger. “It’s a great all-around drill and the absolute best I know of for target panic. I’ve seen it cure more cases than anything else.”

Shoot Blind
The blank-bale drill has been around forever, and pros spend hours and hours doing it. It’s simple. Get close enough to a blank target that you can’t miss, or use your regular target and close your eyes. Then shoot while concentrating on just one aspect of the shot—the release, form, follow-through—anything but aiming. “It’s great for perfecting a smooth, surprise release, one that you can exe-cute subconsciously.”