Steel Yourself: Study Shoots Down Preconceptions About Nontoxic Shot

Hunters hit 5 percent more doves with steel and were unable to distinguish between loads. 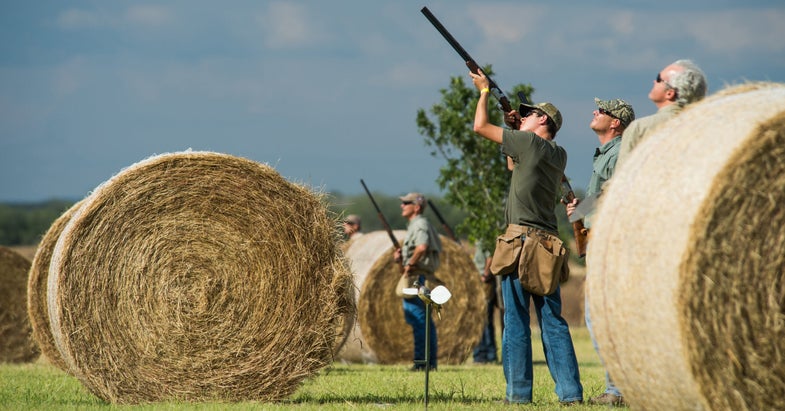 Steel shot kills doves as well as lead does. Like it or not, that’s the bottom-line finding of a Texas Parks and Wildlife Department (TPWD) report. Five years in the making, the study recorded the hits and misses of 53 hunters who fired 5,094 shots with size 6 and 7 steel shot and 71⁄2 lead shot, killing a total of 1,146 doves, 1,100 of which were necropsied. The 13-page report, published in the Wildlife Society Bulletin in Nov. 2014, reveals compelling data not just about nontoxic-shot performance but also about choke selection, marksmanship, and wounding rates. Every dove hunter should take a hard look at these numbers.

The report is bound to be received with skepticism and animosity. American hunters continue to hate nontoxic shot beyond reason. Of the 12,000-plus hunters who responded to the recent USFWS National Dove Hunter Survey, 32.6 percent insist they would quit dove hunting if nontoxic shot was required; 65.7 percent oppose switching to nontoxic shot for doves; 52.2 percent believe that nontoxic-shot mandates are an antihunting plot; and 53.7 percent believe nontoxic shot doesn’t perform as well as lead. On this last point, the TPWD report clearly shows otherwise.

Designed by well-known ballistics authority Tom Roster, the study began in 2008 with volunteer hunters using their own 12-gauge shotguns. Each shooter was accompanied in the field by a trained observer who recorded the choke used, the range and result of each shot, and the color-coding on each shell. In the double-blind test, neither hunter nor observer knew which pellets the shells contained. Here are four key takeaways.

Lead loads in the test featured 11⁄8 ounces of size 71⁄2 Lawrence Magnum lead shot, traveling at 1200 fps. Steel loads moved 1 ounce of either size 6 or 7 shot at 1300 fps. The 100-fps velocity difference was intended to duplicate popular loads and to make the felt recoil of all loads identical, so hunters couldn’t tell which they were firing.

At the end of two full seasons of shooting, the data showed no statistical difference between lead and steel ammunition in terms of doves hit, missed, crippled, and killed at all ranges. Hunters actually hit about 5 percent more doves with steel, and when asked after each hunt, they were unable to distinguish between any of the loads.

Observers recorded whether hit birds were killed cleanly, fell mobile but retrievable, or went unretrieved. Lead and steel (both sizes) scored identical rates of “bagged-immobile” (about 83 percent) and “bagged-mobile” (16 to 17 percent), meaning steel killed just as cleanly as lead. Incidentally, this jibes with my own field experience. The mean range of the average hit with all ammunition types was about 29 yards.

The volunteer hunters, chosen among outfitter clients in the first year and from randomly drawn dove hunters in the second, proved better shots than most. Their average of one bird bagged per 4.4 shells fired compares favorably with the national average of seven to eight shots per dove. Still, these experienced hunters struggled at longer ranges. Inside 30 yards, hunters in the study missed 57 percent of the birds they shot at. At ranges greater than 30, they missed 68 percent, regardless of ammunition. Wounding rates were not significantly higher; hunters just missed more birds at longer ranges.

I’d guess that if true expert shooters tested lead against steel at 40 yards, using Full chokes, lead might win out due to its superior downrange energy. But since even better-than-average shots can’t hit much outside 30 yards, long-range effectiveness is a moot point for the vast majority of dove hunters.

3) Improved Cylinder is the deadliest choke for doves

Observers recorded the choke used on all 1,100 of the necropsied birds. The most popular was Modified, accounting for 48.1 percent of all shots fired. Improved Cylinder was next, at 30.5 percent. Full choke was last at 21.4 percent. Whereas hunters using Modified and Full chokes killed 21 and 16 percent of doves they shot at, respectively, the Improved Cylinder shooters had the greatest success, with a 26 percent kill rate.

4) We need to take closer shots

That is a sobering statistic, although it’s important to note that retrievers were not allowed in the study to prevent extra punctures in the necropsied doves. There must have been a percentage of doves downed that weren’t retrieved but could have been. Still, the study shows plainly that shooting at birds over 30 yards is as likely to wound as kill with any load, and that the overall wounding rate is quite high.

Since wounding rates were the same with lead and steel, the problem lies with us. That, rather than unfounded excuses about the ineffectiveness of steel shot, should be our focus now. What this study tells us as much as anything is that no matter what we load our guns with, we will go on killing, missing, and wounding doves at the same rate until we change our chokes and do better at shot selection. Extra practice at the range wouldn’t hurt, either.

After making millions of Model 500 shotguns over the past 65 years, Mossberg has finally introduced a true, mirror-image, left-handed version of this classic. Lefties have always liked the top safety of Mossberg pumps; now they can have left-side loading and ejection, too. While most manufacturers would make one left-handed model in 12 gauge and pat themselves on the back, Mossberg offers the lefty 500 in 15 hunting and tactical models.