These flies will make you ache and bleed. They’ll also fool big trout. 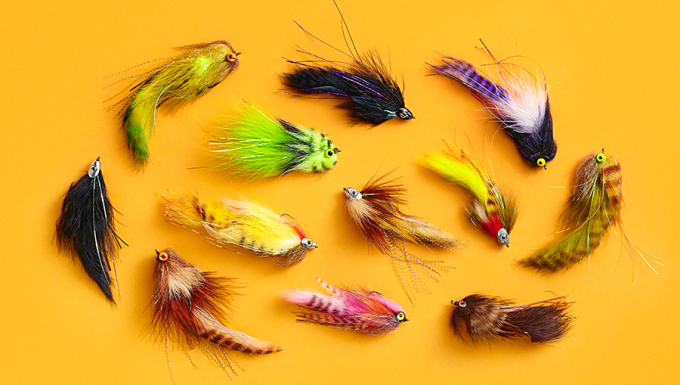 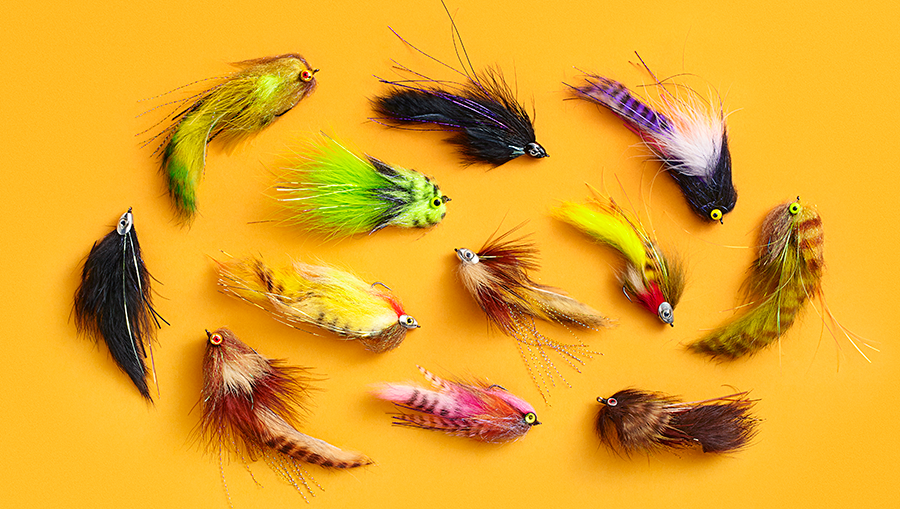 I have never met a trout guide who wouldn’t readily admit that streamers put the most trophy trout in the net. I discovered this truth a few years ago, right around the time several new-school fly-tiers started pushing the envelope with trout streamers, patterns that made a Muddler Minnow look as puny as a Griffith’s Gnat. Longer bodies, greater wiggle, extra bulk, more flash—there is nothing subtle about these flies.

At first I felt foolish casting 6 inches of meat on a trout stream, but the first time a big brown slammed the streamer, I was sold. Soon my go-to rod was a 7-weight instead of a 5, and after a few seasons I’d landed a lot more 20-inch browns. With each new photo I posted on Facebook, I got more questions about how to fish the big stuff. So, if you really want to join the streamer cult, here’s what you need to be prepared for.

Make Your Move
The difference between a streamer junkie and a dry-fly guy is one waits for trout to eat, and the other makes them eat. Your Royal Coachman might drift over a big brown a dozen times without the fish so much as twitching a fin. But put a hunk of rabbit fur right in the trout’s face, and the fish has only two choices: strike or scram. To get a streamer in front of maximum snouts, you have to be willing to cover loads of water. That’s easy on a drift boat, but taxing on foot. A trout is likely to blast the fly on the first pass, so there’s no sense in standing in a run for an hour. Get yourself some Dr. Scholl’s Massaging Gel Insoles. I have them in all my wading boots.

Make It Snappy
Despite how dainty a brown looks as it sips a caddis, never forget that it’s a predator—an opportunistic feeder—and it’s mean. That’s why I never want to give a trout time to think about hitting; I just want it to hit. I use a short sink tip, even with weighted flies in shallow water, because I don’t want to give the bug any more time than is necessary for it to drift into a hole. The first three strips often draw the strike or coax a chase, so I want to cast right to my target and know my fly gets in the zone fast. Train yourself to keep the streamer moving constantly and aggressively, especially if a fish flashes and misses. I keep the fly working in short, fast pops. Lazy retrieves equal blown chances. If your arms don’t ache by day’s end, you’re not doing it right.

Make the Cut
If you are doing it right, don’t be surprised if you cut a nice little groove between the knuckles of your stripping fingers. And if you use textured lines—or your fly line is dirty and gritty—you’ll open the cut even faster. I can’t count how many people have called me a wimp for taping my fingers during a streamer trip, only to ask if they could borrow my tape an hour later. If you don’t want to deal with tape, Buff makes some snazzy reusable stripping guards. They’ve found a permanent home in my streamer gear bag, which will be the first thing I break out this spring, while everyone else looks for a needle in a haystack drifting nymphs in swollen waters.

The Stinging Truth
I used to think that two hooks in a streamer were better than one. Truth is, I can count on one hand how many browns I’ve landed on those trailing hooks. In the long run, all they do is cause more snags and tangles, or get planted in other parts of a trout’s body during the fight. If a heavy brown decides it wants to eat, it’s going to attack headfirst 99 percent of the time. These days, I still joint my streamers for the extra wiggle, but I leave the stingers off. My hookup rates haven’t dropped one bit.