How to Recognize and Avoid Heatstroke 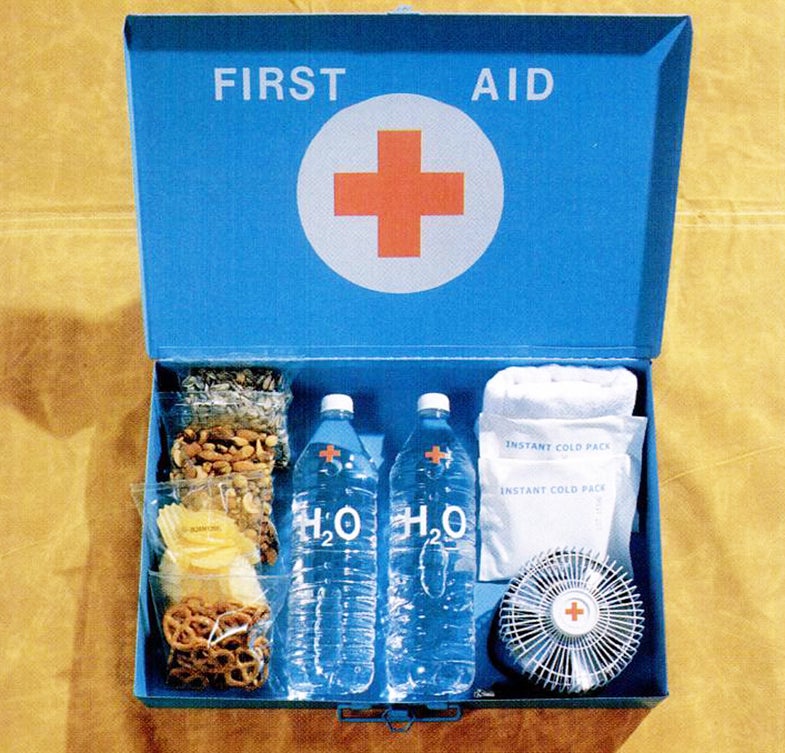 John Kirwin, a paramedic in grand Isle, Louisiana, got the call from the U.S. Coast Guard at 10:15 on a sweltering summer morning. A boat captain was racing a sick tuna fisherman back to shore. The victim, a 42-year-old attorney from Baton Rouge, was suffering from some form of heat illness. He’d vomited twice and was slipping in and out of consciousness.

The heat index that day was already hovering near 105 degrees. By the time Kirwin and his team met the boat at the marina, the victim was conscious but was suffering such severe leg cramps that he couldn’t stand. The para-medics took him by stretcher to the air-conditioned ambulance, and Kirwin began checking his vital signs on the way to the closest emergency room. The man’s breathing was fast and shallow. He was pale, sweating profusely, and his body temperature was 99.2. With the patient lying flat on his back, his feet slightly elevated, Kirwin did an EKG, then placed bags of ice under the victim’s arms and groin and started two IV lines to pump in fluids and electrolytes.

Out trolling with his buddies since early that morning, the fisherman had neglected to drink water to replace the fluids lost by sweat. He then hooked a large tuna and exhausted himself fighting it. His symptoms began with a sudden onset of weakness and a bad headache, followed by vomiting and leg cramps.

The ER doctor would later tell Kirwin that if the patient had spent another hour or two in the heat, he could have died.

Two days later, the fully recovered attorney returned to Grand Isle to thank Kirwin. “He brought me a couple of tuna steaks,” Kirwin says. “He said, ‘This is for saving my life.'”

The name for what ailed Kirwin’s patient is heat exhaustion. “The main symptom is that you just can’t sustain the activity you’re doing,” explains Howard Backer, M.D., past president of the Wilderness Medical Society and an expert on environmental heat illnesses. “In this regard, heat exhaustion is a healthy adaptation. It forces you to stop before you get yourself into even worse trouble.”

Worse trouble means heatstroke, which can be lethal. Even victims who receive timely treatment die in up to a third of cases, and 17 percent of survivors suffer neurologic damage.

“Heatstroke,” says Backer, “is on the far end of a spectrum that usually starts out as heat exhaustion. What’s a mystery, however, is the triggering event that tips a person over to the point where adaptive temperature regulation fails.” In the direst cases, body temperatures have been known to soar as high as 108 degrees in minutes. This leads to a metabolic cascade of events that can cause liver and kidney failure, simultaneously denaturing the protein in your brain like egg whites in a hot skillet.

The body is not without its defenses. When the brain detects a dramatically rising body temperature, it triggers processes that transfer heat away from the core by pumping blood to the skin where the heat can radiate away, abetted by the evaporation of sweat.

Unfortunately, many factors can impair this natural mechanism for heat dissipation. Alcohol (Kirwin found out that his patient had been drinking) and certain prescription medications impair the body’s capacity to regulate temperature. The same holds true for circulatory problems, from heart disease to high blood pressure, excess body fat, and aging.

STAY OUT OF TROUBLE

Heatstroke is virtually always avoidable if you’re smart. Here are a few tips from the experts:

ACT FAST TO BEAT THE HEAT

Heat exhaustion can lead to heatstroke, which is a true medical emergency. It’s important to know what to do when signs of heat illness appear.

WHAT TO WATCH FOR: Muscle aches • Headaches • Profuse sweating • Dizziness • Weakness • Nausea or vomiting • Fainting or brief unconsciousness WHAT TO DO: [1] Lie the victim down in a cool or shady place, and ideally get him into air-conditioning. [2] Loosen or remove clothing to maximize skin exposure to the air. [3] Sprinkle the victim with water or other cool liquid, then fan him vigorously to increase evaporation. Alternatively, cool him with wet cloths or partially immerse the victim in cool water. [4] Give him water to drink as long as he is awake and able to swallow. A sports drink is fine, but salty snacks are best to replace sodium. [5] If symptoms persist or worsen, get help.

WHAT TO WATCH FOR: Hot skin (may or may not be sweating) • Rapid pulse • Persistent confusion and disorientation • Loss of consciousness, seizures, and coma WHAT TO DO: [1] Delay can be fatal. Call 9-1-1 or send someone for professional medical assistance. [2] Immediately begin cooling measures as prescribed for heat exhaustion. Never leave the victim alone.