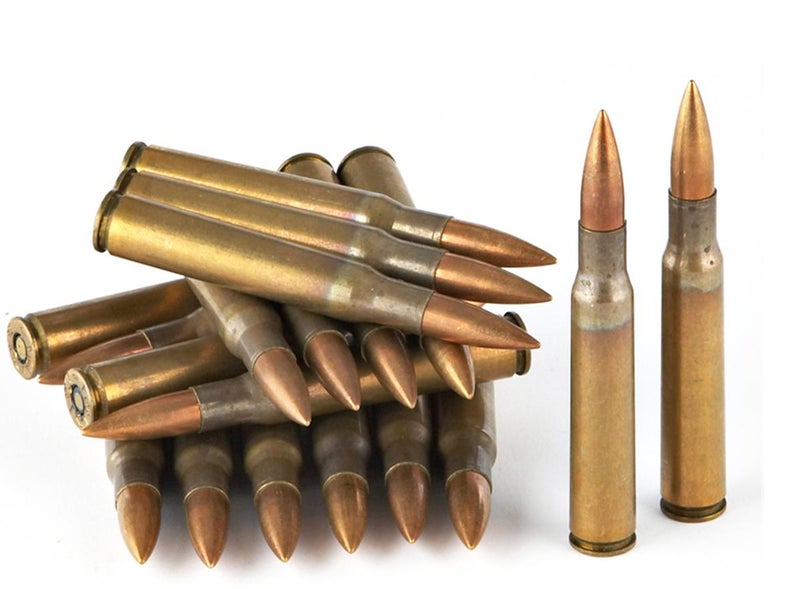 The big-game cartridge that was most popular back in the repressed 1950s, and is the most popular today, and probably will still be the most popular 20 years from now, is an ancient number developed three years after the Wright brothers flew at Kitty Hawk.

What we know today as the .30-06 was first known as “U.S. Cartridge, Model of 1903,” and was loaded with a slow-moving 220-grain bullet; the whole package was designed for the Springfield Model 1903 bolt-action rifle.

What the Army achieved in the ’06 was a cartridge that struck an ideal balance between power and recoil. It has killed every kind of big game in North America, but its kick can be managed by just about everyone. The ’06 can also handle a wider range of bullet weights than any other cartridge. At the light end, you can go as low as 110 grains, whereas at the upper, 220-grain slugs are available. This will take you from mice to moose. Because there are so many bullet weights available, ’06 users often snort and fart in confusion over which to use. Here’s a brief guide.

125- AND 130-GRAIN: These lightweights are suitable for varmints, but the ’06 kicks too much for high-volume shooting, and anyway it would be like swatting flies with a sledgehammer.

150-GRAIN: For my money, this is the best of all the deer-shooting weights—it travels fast, expands violently, and puts them down in their tracks more often than not.

165-GRAIN: A number of knowledgeable shooters think this may be the best all-around weight, combining relatively high velocity with enough heft to take most critters.

180-GRAIN: It’s the consensus favorite for best all-around weight. There is very little out there that a good, tough 180-grain bullet can’t handle.

200-GRAIN: For big beasts only. A 200-grain, .30-caliber bullet is not the fastest thing around, but it bucks wind well, retains plenty of impact downrange, and provides incredible penetration. It’s my choice for elk, moose, bear, or the bigger African plains game.

→ A Couple of Cautions

I would not want a .30/06 that weighed less than 7½ pounds with scope. A lighter gun can be built but will knock your block off.

Lastly, there are a lot of ’06s that have been out there for a long, long time, and some of them are not up to handling the high pressures of modern loads. If you have an old gun and have any doubts about it, take it to a gunsmith for a checkup.