When I named Rush Limbaugh hunting and fishing’s Villain of the Year in the current issue of Field & Stream... 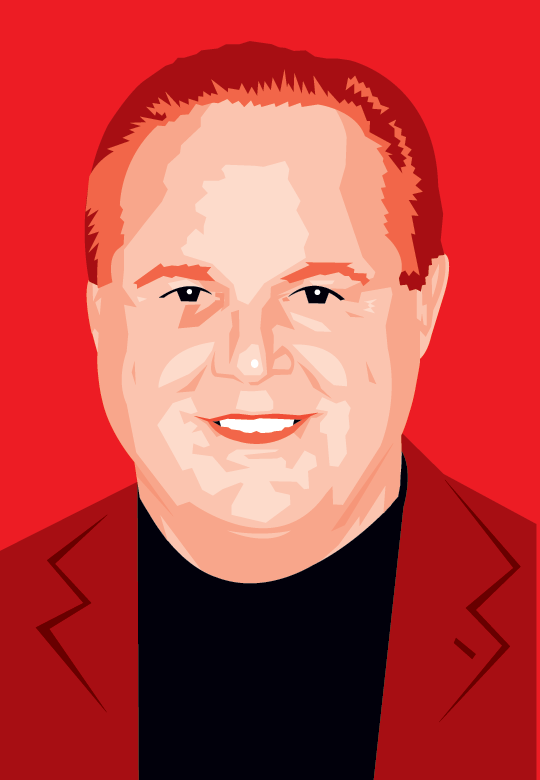 When I named Rush Limbaugh hunting and fishing’s Villain of the Year in the current issue of Field & Stream (December 2009-January 2010), some readers immediately fired back at the magazine–and me–with angry letters. Some wanted their subscriptions canceled. Some accused me of being a Democrat and a Communist. Some alluded to a physical impossibility involving where they believed my head resided. Some were even unpleasant.

As I explained in the story, Mr. Limbaugh received his honor for having produced two public service announcements in April on behalf of the Humane Society of the United States (HSUS). What was disturbing about this was that we have come to expect support for anti-hunting groups when it comes from the usual suspects: teen movie stars or vegan leftwing whackjobs. But Mr. Limbaugh is someone whom we might have assumed knew better than to provide aid and comfort to the likes of HSUS.

In one of the PSAs, Mr. Limbaugh spoke of his vast affection for the “treasure” that is his little cat Punkin, promising ominously that if anyone ever did harm to her, “they would be punished” by him personally. He went on to claim, though, that the HSUS was there to help other animals not under his direct protection and to praise it as an “ally” of law enforcement in the “animal realm” when it came to the crime of dog fighting. (Never mind that the manager of the HSUS’s “animal fighting campaign” has been reported by The New York Times as having been convicted of animal-rights vandalism and as describing himself as a “graduate” of the Animal Liberation Front, which is identified by the FBI as a terrorist group.) In the PSA, Mr. Limbaugh also managed to repeat the HSUS’s sinister and dubious statistics about dog breeders being known associates of dog fighters and other violent lawbreakers–a ploy the HSUS uses in a continuing crusade to prohibit the breeding of all pets. Don’t forget to spay and neuter, folks!

PSA number two was, if anything, only weirder. Mr. Limbaugh took note of what he termed a “new alliance forming out there” that is a “positive one for the sake of America’s traditional values.” This alliance is based, according to Mr. Limbaugh, on a “new faith outreach program” instigated by the HSUS that, according to the HSUS, “seeks to engage people and institutions of faith with animal protection issues.” (Forgive the cynic in me for sensing more than a whiff of sanctimonious hypocrisy on the part of the HSUS.)

In a way, it might be understandable that some Field & Stream readers–those who revere Mr. Limbaugh as a conservative role model, radio legend, irreverent slayer of sacred cows, and American patriot–would be outraged to see him attacked or even questioned on any grounds. On the other hand, from the viewpoint of dedicated hunters and anglers, it is utterly incomprehensible to believe that it’s no big deal for Mr. Limbaugh to lend his considerable support to the HSUS, or that the HSUS isn’t such a bad organization and that it even does some genuine good for animals. This is what is commonly referred to as “magical thinking.”

The HSUS is the largest, wealthiest, and most powerful anti-hunting organization in the world. With more than $130 million in annual revenue (95 percent of which comes from contributions, grants, and bequests), the HSUS is calculating enough to allow large portions of the public to acquire the impression that, based on its name, it is somehow intensely involved in the work of dog and cat shelters and the direct rescue of mistreated animals. According to the HSUS, it is “one of the largest and most diverse providers of hands-on care for animals in the country”–based on a grand total of five (count ʼem, five) care centers it operates from sea to shining sea. But only a nickel of every dollar of its revenue ends up in those centers, while 50 cents is spent on “campaigns, litigation, and investigations,” “strategic communications,” and of course fundraising.

The HSUS likes to maintain the quaint fiction that it does not oppose “ethical” hunting, although by its definition there does not seem to be any such thing. Will Rogers never met a man he didn’t like, and the HSUS feels the same about every effort to ban hunting it has ever heard of–from doves to bears to hunting with hounds, on Sunday, over bait, or with lead bullets. Its president and CEO, Wayne Pacelle, has been famously quoted as saying, albeit at an earlier stage of his animal-rights career, that if he could “shut down all sport hunting in a moment,” he would. He’s also said that his goal is to get the public to view hunting in the same category as “cock fighting and dog fighting.” All of which makes it impossible to think that any support given to the HSUS does not advance its de facto ambition of outlawing both hunting and fishing.

None of this is to suggest that there is not animal abuse that goes on, or that there is not an urgent need from more shelter and rescue services for cats, dogs, and other domestic animals–and even some wild animals, such as injured raptors. The problem is that shelter and rescue is not what HSUS is about. And unfortunately, it’s hard to find any national animal protection organization (even the ones that actually operate shelters) that publically recognizes the importance of hunting and fishing to wildlife management, or acknowledges that hunters and anglers are natural stakeholders when it comes to the issue of animal welfare, as opposed to animal “rights.” In general, so-called “animal lovers” do seem unenthusiastic about making generous donations to groups known to be positively disposed to hunting or fishing. This does not in any way mean that hunters and anglers should not support animal shelter and rescue agencies, only that it’s probably better to think locally. Go to your neighborhood or hometown shelter, find out what its position on hunting and fishing is, and if you’re comfortable with the answer, lend them all the help you can.

It seems safe to say that Mr. Limbaugh does not hunt or fish (at least he’s not known for speaking on air about participating in either activity), which is his choice. But a significant portion of his listening audience certainly does. And it might be reasonable to assume that he would consider the views of that portion before throwing his backing behind an organization that aggressively works to destroy the freedom to enjoy hunting and fishing, and which thereby threatens the most successful system of wildlife management in the world (ours), which is organized around hunting and fishing.

The HSUS, which is nothing more than PETA in a coat and tie instead of a lettuce leaf bikini, really doesn’t need any more aid than it already receives, especially from someone like Mr. Limbaugh. Championing the HSUS champions an assault upon classic conservative concepts of freedom–concepts that allow us to hunt and fish, concepts, in fact, that Mr. Limbaugh seemingly would embrace. You cannot divorce yourself from HSUS’s fundamental agenda by claiming that you favor only certain aspects of it any more than you can claim to be just a little bit pregnant. Either Mr. Limbaugh is ignorant of the HSUS’s complete agenda (Rush, ignorant?), or he is playing far too clever a verbal and mental game. Or maybe he is indeed, as his liberal foes insist, a big, fat idiot.