As you get older, your inner life undergoes a great and wonderful simplification–­everything pisses you off. The outward signs can... 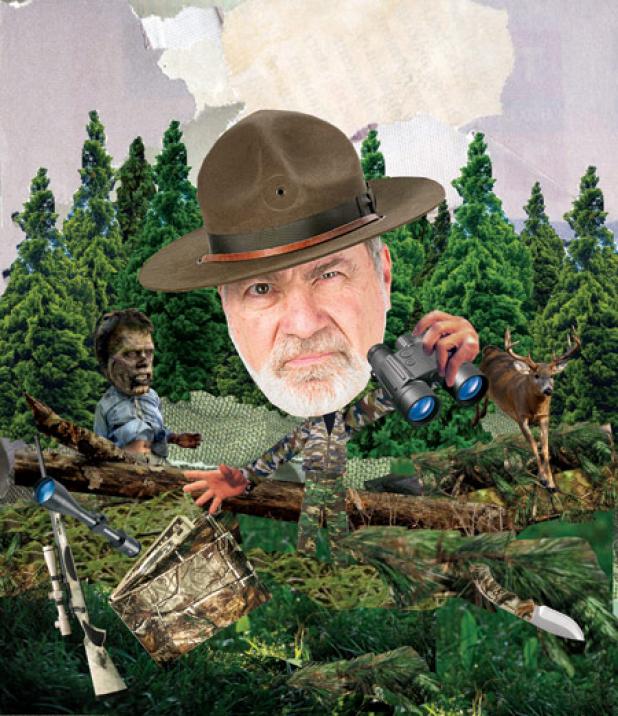 As you get older, your inner life undergoes a great and wonderful simplification–­everything pisses you off. The outward signs can range from mild irritation to mouth-­foaming behavior that can be mistaken for rabies. Here is the short list (taken from a much longer list) of things that are currently cheesing me off in the world of rifles.

■ The Lead Sled: I like Lead Sleds and wish they had been around when I started pounding my shoulder to rubble. They can save you from detached retinas, back damage, flinching, and possibly dandruff. My problem comes when people shoot off the Lead Sled exclusively. At some point, sweetheart, if you want to learn to shoot a rifle, you have to take your lumps.

■ Pull-throughs: A pull-through is a cord or cable with a vestigial handle on one end and threads for bore brushes and patch holders on the other. In use, you drop one end down the barrel and pull it through, thereby, in theory, leaving your bore spanking clean. Not in this imperfect world. You get a bore clean by scrubbing. Back and forth, back and forth, back and forth. If you want to get a rifle barrel genuinely clean with a pull-through and start today, you will still be at it when the asteroid Apophis visits Earth in 2029.

■ The camo syndrome: Camo match cases? Camo wallets? You think your knife handle is going to spook a deer? All camo does for items like these is guarantee they’re going to get lost.

■ Nylon slings: Zip! Zoom! Whiz! Holy smokes, what was that, a Z6 Corvette? No, it was your nylon sling sliding off your shoulder at the worst possible time. Yes, nylon slings are strong and they’re certainly maintenance free. But they are absolutely the slickest thing since Bubba Clinton.

■ Scope reticles that require an astrological chart to understand: Increasingly, the simple crosshair is giving way to an amazing collection of dots, lines of different lengths, circles, and numbers that resemble the instrument panel of an F-18 Hornet. They’re designed by people who have probably not hunted much, if at all, and don’t realize that when you aim, you have to aim fast.

■ Guns, or anything else, with odd names: Once upon a time, guns and gear were simply given model numbers. Model 70. Model 12. Model 700. Model 29. The No. 1. Everyone knew what they referred to, and everyone was happy. Now everything needs a name. Victory. Revenge. Dominator. Dimension. These sound like they were thought up by people who play way too many video games. I’m waiting for Payback, Snit, and Totally Rad.

■ Range-compensating binoculars that not only give you drop figures but also the Dow Jones, the date of the next solar eclipse, and your current cholesterol level.

■ Anything tactical: These days, if you want something shooting-related to sell, just say it’s “tactical.” If you’re in law enforcement or the military, tactical is just the thing. If you’re a civilian, why do you need it?

■ Zombies: I freely confess that I don’t understand this fad. Do you believe that the living dead walk among us? (See “Congress, U.S.”) Get professional help. Quickly.

■ Miraculous barrel treatments guaranteed to increase accuracy: A while back it was moly-coated bullets, until shooters discovered that moly did nothing but permanently foul your bore. Now it’s cryo-treating. The idea is that if you put a barrel in the deep freeze at some point in its manufacture, you are “guaranteed” to see an incremental increase in accuracy. Folks, there is no miracle elixir for accuracy. That’s a function of talent and practice.