Most new cartridges arrive on the market with much publicity and reams of prose on how they are the deadliest... 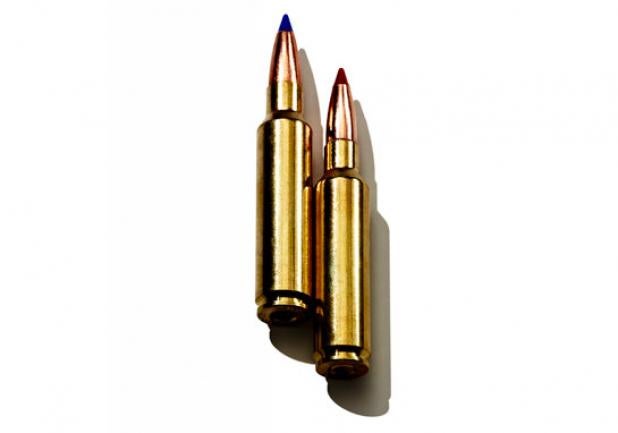 Most new cartridges arrive on the market with much publicity and reams of prose on how they are the deadliest thing since the rinderpest. Then the aura fades, and they sink to the sales level of the .22 Velo-Dog. The 6.5/284 Norma is different. Though it had been around as a wildcat since the mid 1960s, it was introduced with no fanfare as a factory load in 1999. But purely on merit, not hype, it has become more and more popular over time and is now a solid success.

In the Beginning
In 1963 Winchester created a cartridge designed to equal the ballistics of the .270 in the short actions of the Model 88 lever rifle and the Model 100 auto. The cartridge, dubbed the .284, was the same length as a .308, but its fat, nearly taperless body gave it a lot more powder capacity. Though the .284 achieved its design goals, it could not save either gun from being discontinued. The rifles vanished; the cartridge stuck around. The people who seized on the .284 were wildcatters. They created all sorts of variations on it, and among these was a cartridge called the 6.5/284. Shooters discovered that this wildcat could shoot bullets of very high ballistic coefficient at pretty good velocities, and that said slugs would hold those speeds for a long way downrange. Moreover, the round would do it with very little recoil.

High-power-rifle competitors learned that they could get better scores at 600 to 1,000 yards with a 6.5/284 than they could with traditional .30-caliber rounds. The smaller-diameter bullets shot as flat, and bucked the wind just as well, as the .30 calibers. But they produced far less recoil, which was a huge advantage. Despite the lack of factory rifles or factory ammo, the 6.5/284 prospered.
**
Enter Norma**
In 1999, Norma said “Oh, why not?” (or the Swedish equivalent) and introduced the cartridge as a factory round. This is probably when hunters began to catch on to its virtues. Here was a round that had enough power for all but the biggest game, did very well at long range, kicked very little, and worked through a short rifle action.

Hunters in increasing numbers have clutched it to their bosoms, and now there is no shortage of either 6.5/284 rifles or ammo. Savage, Ruger, Tikka, and Remington, to name a few, make the rifles; Nosler, Norma, Cor-Bon, and HSM make the ammo.

From handloading it, I can tell you that the 6.5/284 takes about 5 grains less powder per round than a .270, which makes for a noticeable reduction in muzzle blast and kick. The round does require a 24-inch barrel to get the maximum velocity from that charge. The 6.5/284 normally operates at high pressure, but without blowing primers I can move 140-grain bullets out of the muzzle at 2950 fps, and a lot of that velocity is still there at 300 yards plus. The reason behind this is the 6.5 (.264) slugs, which are very slim and very long for their weight and caliber, and whose ballistic coefficients are very high. The most common bullet weights range from 120 to 140 grains. The latter is my favorite; it provides the best retained velocity and the most downrange thump of any weight.

On Game
The 6.5/284 will drop anything that the .270 will, which is practically anything. I’ve shot small whitetails and a couple of antelope with the 6.5mm 130-grain Swift Scirocco bullet, and nothing moved out of its tracks. A good-size whitetail, taken with the 140-grain Nosler Partition, simply sagged sideways and never twitched. That same Nosler Partition killed an 800-pound elk in Utah. He did not seem to feel he’d been shot with too small a cartridge. Nothing is perfect, and the 6.5/284 is no exception. The ammo is not sold everywhere, and it tends to be expensive. Also, the cartridge is not easy on barrels, but you’ll still get a lifetime of hunting out of one. The 6.5/284 won’t turn you into a super shooter, and if you have a good .270 there’s no reason to trade. But if you’re in the market for a new rifle and you value bullet placement over gobs of power, here’s a cartridge that will make you happy.

The 6.5/284’s long, slim bullets, such as the Cor-Bon T-DPX (left) and the Nosler Ballistic Tip, retain velocity well.