The Gun Nut Shooting Challenge: 12 Drills That Will Make You A Better Hunter 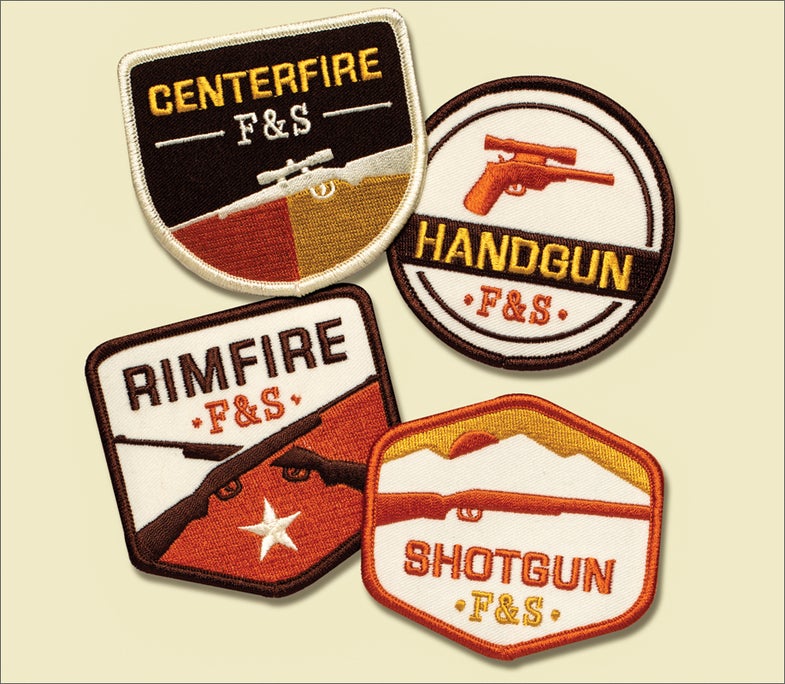 Shot a bull’s-eye from the benchrest? Got 20 out of 25 at the trap range? Great–but they won’t get you that 10-pointer when your heart is hammering your ribs, or drop those dives that come out of nowhere. Our dozen drills simulate real hunting situations, complete with sweat and adrenaline and the need to shoot right now. Use them to be ready for whatever walks, runs, or flies by you this fall and earn your “merit badge.”

There was a time when all you wanted in the big wide world was a little circle of gold, brown, and blue thread. Back then, the official Boy Scouts of America Rifle Shooting merit badge patch carried the prestige of practice, marksmanship, and respect. It still does.

The question is: Could you earn it again, right now? View Challenge

Given a solid rest and enough time to find a clear shot, most hunters can topple a squirrel from the treetops. The limb dancers that get away are the ones that aren’t in the treetops at all. They’re the squirrels that show up close and scurry along a fallen log at 30 feet.

These squirrels never stop long enough to offer you a stationary shot. They accelerate and decelerate like a pinball, and somehow still retain the ability to see you raise your rifle, which turns them into a speeding, vanishing gray blur. The trick is to shoot before that happens–meaning you have to hit a small, erratically moving target at relatively close range. View Challenge

Scientists have found that the sight of a wet-your-pants whitetail can send a hunter’s pulse from a normal resting rate of 68 beats per minute to 172 in a matter of seconds. But unless you know a doctor who will give you a big shot of adrenaline directly in the heart, we’ll have to fake it.

Place a big-buck target 100 yards away. Any shooting position is allowed. Place lots of brush and branches in front of the target, but leave a small opening for the heart-lung area. View Challenge

Since you’re replicating a hunt taking place high up a mountain, let’s assume that you would have had the good sense to let a horse take you there. So, we’ll start with the assumption that you have to get your rifle out of a saddle scabbard, which can be represented by an actual saddle scabbard or by a rifle case. You need an elk target, which someone will set up for you at a range between 150 and 300 yards, either uphill or downhill from your shooting point, not level with it. You don’t know the actual range. Any rifle will do as long as it’s .270 or bigger, and any scope. You can shoot from any position. View Challenge

This one is simplicity itself, and I thought it up because I’ve seen so many shooters, including a lot of experienced ones, screw it up. It consists of firing a three-shot or five-shot string, reloading as fast as you can, and shooting a second string. This is not a situation you encounter often, but when you do, it can be critical. Ask anyone who hunts elk or Cape buffalo. You need whatever big-game rifle you use most often with a scope that can be set at 3X or less. Shoot offhand at the standard NRA 50-Yard Slow Fire Pistol Target with the 8-inch black bull set at 25 yards. View Challenge

Finding a 400-yard rifle range can be a problem, so instead we’ll go with a homemade half-life-size pronghorn target that you can use at shorter range. A pronghorn measures roughly 15 inches from spine to sternum, so your target should have a chest that is 8 inches deep. But you’re not going to shoot at the pronghorn broadside. Draw the animal facing you almost head-on so you’ll be shooting at the front of its chest, with a bit of shoulder thrown in. The bull’s-eye should be no bigger than your fist. View Challenge

The dove that zips straight over your head from behind with no warning is one of the trickiest shots on the field. Teal and wood ducks pull that same move, too, as do unseen grouse flushing out of trees. ****View Challenge

Challenge #8: The Goose That Slips to the Side

The goose hunter who’s set up at the end of the line of blinds is the one who gets the go-ahead to shoot the bird that skirts the decoys. When such a situation arises, you need to open the blind doors, sit up, and keep your muzzle below the line of the target as you swing on the bird that’s passing to the side of the spread. Right-handers have trouble shooting birds passing to the right, as explained in the Advanced Challenge, which shows why every goose setup should have a left-handed shooter. View Challenge

Rather than wait patiently for you to kick them into the air, pheasants often flush wild, catching you off guard and presenting a long-range, going-away shot. To duplicate this scenario, go to a trap field. The rising targets at unknown angles of trap shooting perfectly replicate flushing pheasants. View Challenge

Some turkeys come in silently from an unexpected quarter, catching you set up to shoot in the wrong direction. That means you have to shift either a little or a lot, depending on the bird’s position.

A slow and smooth draw results in a more accurate shot, but turkeys will notice any movement. You only get a few seconds to shoot before the bird runs away. View Challenge

When I was young, a favorite pastime for my friends and me was walking up cottontail rabbits with .22 rimfire handguns. A good snowfall made it even more fun, because that would enable us to occasionally track a bunny right up to its bed. Still, a running rabbit is no cinch to hit. View Challenge

Chasing feral hogs with hounds has long been popular in the Deep South, and is growing in popularity elsewhere. Turn loose a couple of experienced dogs in good hog country and it won’t be long until the race begins. A boar may run for quite some distance before baying up. Even hunters in good shape may be gasping for breath by the time they get to the scene. Holding the gun steady enough to thread a bullet between two very expensive hounds and into the hog’s vital area is the challenge here. The hog needs to go down with that first trigger pull, because dogs are inclined to rush into full contact when hearing the shot. If the hog is not dead, those tusks can deliver a lot of damage. View Challenge

From the August 2013 issue of Field & Stream