You thought you centered the bird perfectly. “Must have flown through a hole in the pattern,” you tell your buddies... 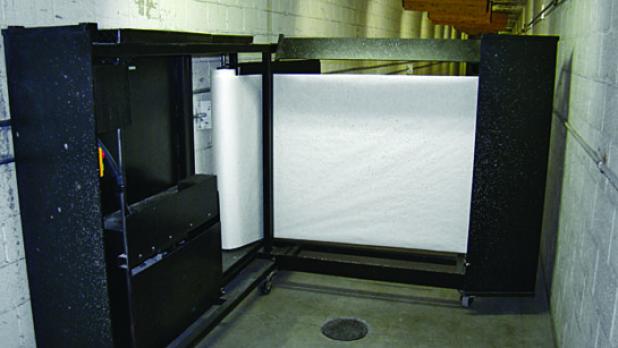 You thought you centered the bird perfectly. “Must have flown through a hole in the pattern,” you tell your buddies as it wings away unscathed. It’s a handy excuse…but it’s also the truth more often than you might think.

Ask Doug Ashby, of Kellyville, Okla., inventor of the Lucky Weasel. Ashby’s automated, computerized pattern analyzer counts holes in patterns that a bird or clay can slip through. It also determines point of impact, and figures pattern efficiency in an instant. Erik Carlson, product development manager for Federal Ammunition, which owns a Lucky Weasel, says, “It used to take hours to shoot and analyze patterns. Now we can do one a minute.”

Crooked Shooters and Random Patterns
Son of a turkey call maker, Ashby became interested in patterning turkey guns at an early age. As an adult, he shot sporting clays competitively. He patterned the same way we all do: by shooting paper and counting holes. Then he realized he could utilize the imaging technology he had developed in the petroleum industry.

The Lucky Weasel (named after a rooster and a favorite choke tube) measures the distance between all the holes in a pattern instantly. The machine consists of an automated roller holding a 4-foot-wide roll of paper, and a camera connected to a computer. It photographs the result of each shot, and the computer makes calculations as the roller brings up a fresh sheet of paper.

Ashby used to take the Lucky Weasel on the sporting clays tournament circuit, charging shooters $20 to test their guns. More than anything else, he learned that a surprising number of guns don’t shoot straight. “I have seen $500 guns and $5,000 guns that didn’t shoot close to point of aim,” says Ashby. He notes that Browning Citoris are the exception: “I never saw one that didn’t shoot where it was supposed to.”

The Lucky Weasel’s neatest trick is sniffing out holes in patterns. Pellets are randomly distributed in any pattern, resulting in clumps and gaps. The computer superimposes 177 overlapping clay-target silhouettes (6 to 7 square inches each) over the 15-inch core of each pattern and determines how many targets would pass through.

Ashby ran one test at 45 yards with tight chokes and heavy target loads. An average of 1.4 percent of targets would have slipped through a perfectly pointed 71 percent Full choke pattern, suggesting that if you break 100 straight from the 27-yard line at trap, you’re both good and lucky.

The Tee Test
You don’t need a Lucky Weasel to test point of impact (POI). “It’s easy to figure out,” Ashby says, “and the most critical performance issue with a shotgun. I find it hard to believe from my experience that mass-produced shotguns are tested for POI before shipping.”

The test is simple: Find a dry, sloping dirt bank and place a small brightly colored object on it that won’t blow away with the shot (Ashby recommends a golf tee). Shoot it from a rest at 25 yards with a tight choke; it’s easy to see by the cloud of dust if the pattern centers on the tee.

For someone who has spent so much time and effort devising a means to quantify every aspect of a pattern, Ashby believes a quick and dirty approach can still pay dividends. “Shoot some patterns and look at them for patchiness. I would not make much of what you see unless it really looks bad.” Bad in this instance means that the patterns are consistently too sparse to reliably put two to three pellets in a target or a bird, especially throughout the pattern’s central 20 inches.

Although you can’t change the random nature of patterns, you can fill in some of the holes when you choose ammunition and chokes. Here’s what Ashby has discovered:
– Hard, round pellets that are launched at lower velocities score better because less shot is deformed, so they remain in the pattern. Among inexpensive target shells, Ashby says Federal Top Gun and Remington Gun Club perform well in his tests.
– Use the smallest effective shot size for the game you’re hunting. Heavier payloads of smaller shot usually produce fewer gaps.
– Tighten your choke. Ashby prefers to use tight chokes (but not too tight; he says chokes tighter than Full sometimes overconstrict and create poor patterns). “I will give up a few fringe hits to get every bird I deserve when I center a target,” he says. What he wants, essentially, is a pattern so tight a lucky weasel couldn’t slip through it.

From the May 2012 issue of Field & Stream magazine.