Some days, turkeys gobble from dawn to dark. Other days, they don’t gobble at all. Why? The easy explanation is that they’re unpredictable. While that may be true, turkey gobbling does follow a pattern throughout the mating season, with two peaks and a lull in between. The dates in the chart below are based on a landmark survey done in South Carolina, but the pattern is the same everywhere. Depending on where you live, your state’s hunting season may begin after turkey gobbling has started, or end while it is still going on. The onset of spring prompts gobblers to sound off and display. After toms gather harems, gobbling decreases, marking the height of mating season. When fertilized hens leave to sit on nests, gobbling picks up again as toms search for unbred females. Gobbling rises to a second peak, then tapers off. Monitoring gobbling activity can help you determine which tactics to use.

Winter flocks break up. Toms fight with one another and gobble and display to attract hens. 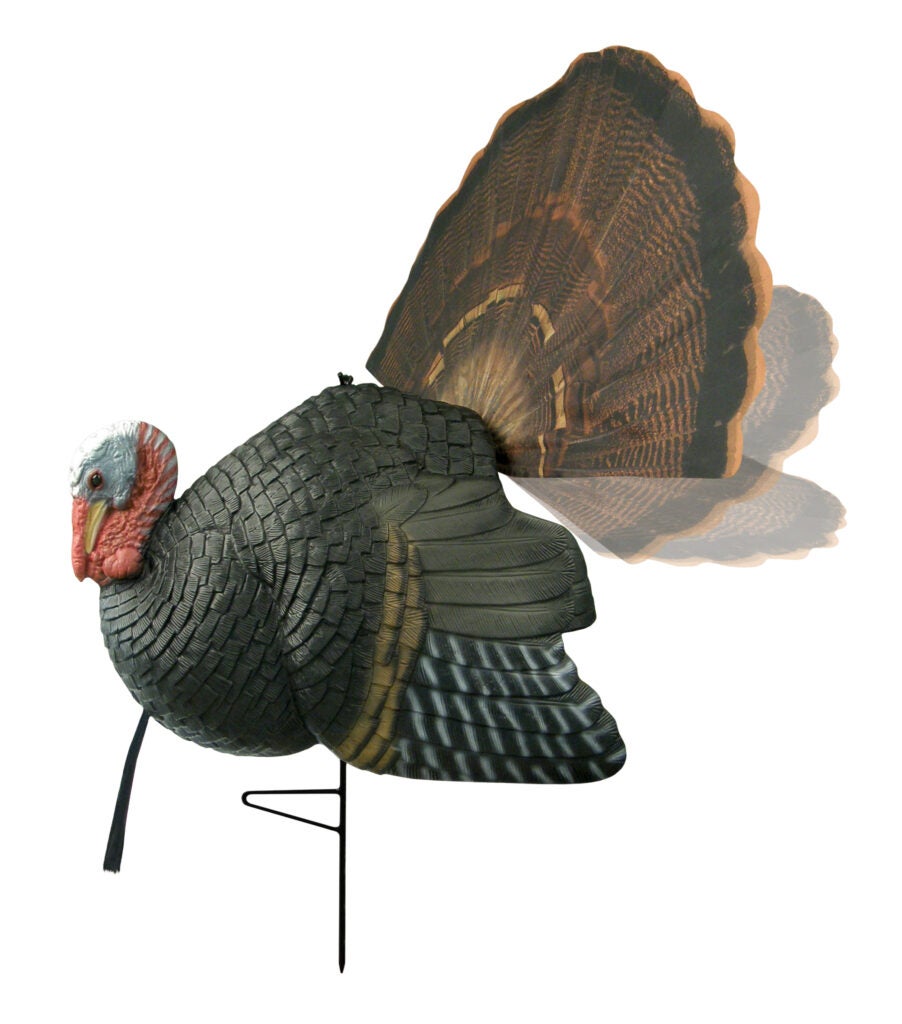 Strutting decoys can make all the difference early in the season.

Fake a Turkey Fight: Use a push-button box–or two–to provoke a gobbler. Stage a fight using aggressive purrs, just like rattling in a buck. Mix them with wingbeat sounds made by slapping your hat against your leg.

Set Out a Strutter: Full-strut decoys work early in the season, as gobblers are looking to chase any competitors out of their territory. Hunt with a partner, as you may have more than one gobbler come in to confront your strutter

LATE MARCH TO MID-APRIL – The Lull

Most gobblers have hens with them and so have little reason to gobble.

Bust a Harem: If you scatter a flock of turkeys, let the birds rest for approximately 30 minutes, then set up in cover and make soft hen calls and yelps in an attempt to lure the gobbler back into range.

Run and Gun: Not all toms have hens. Walk likely territory (wear orange where required), ­stopping to call every 100 to 150 yards until a subdominant turkey gobbles.

Talk to the Hens: Cluck, yelp, and scratch leaves to play on the hens’ curiosity to see who the new turkey may be. Be nonthreatening, as hens that have gobblers will lead them away from loudmouth females.

MID-APRIL TO MID-MAY – The Second Peak

Adjust to Pressure: Hunters in the woods can curb gobbling activity. Early in the second peak, when pressure is high, hunt middays (where legal), after the morning shift of hunters goes home and before the after-work crowd arrives. Run and gun, stopping to yelp every 100 yards to provoke a gobble, or pick a series of spots to call blind for an hour.

Exploit Sunny Days: Sunny, high-pressure mornings make turkeys gobble, like on this bluebird day during the survey marked with the letter A. Conditions are perfect, so take advantage of them. Let vocal birds guide you close to the roost before dawn. Set up within 100 yards if you can. If you know which way a gobbler goes to meet hens when he comes off the roost, be in his way. Otherwise, set up between the roost and the nearest open strutting area. Call with quiet yelps and clucks until the turkey flies down, then turn more aggressive. 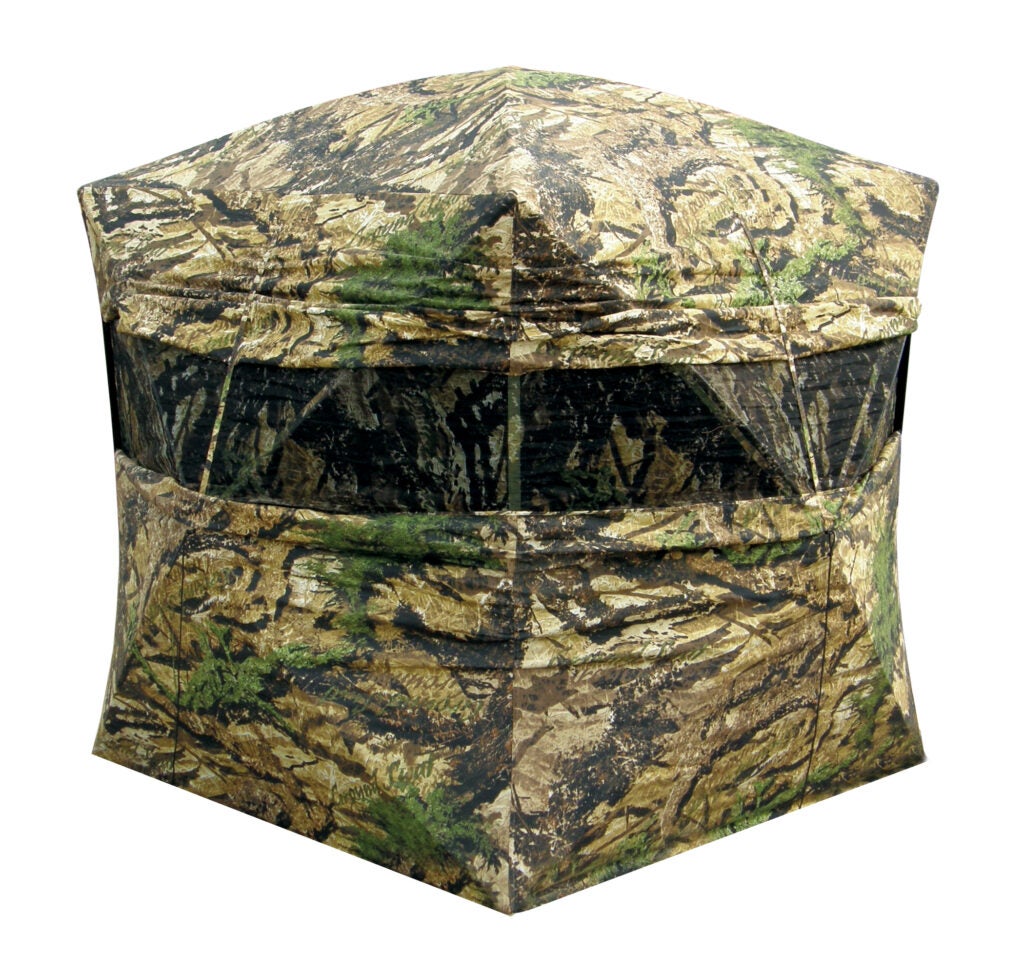 During the second peak of the turkey season, be prepared to hunt on rainy days for maximum success.

Pair off Decoys: Use a jake and hen decoy together. Put the hen 25 yards from your position and the jake at 20 yards. When you set up the jake, remember that a gobbler will confront it beak to beak; angle it to put the gobbler right where you want to shoot.

Call Softly: When the season starts to wind down, call softly with a variety of calls until a bird responds. Turn up the volume if nothing answers right away, as gobblers will respond to aggressive calling at this time.

Deal with Rain: Cloudy or rainy days like this one during the survey marked with the letter B depress gobbling. Stake out open areas, where birds can stay out of wet foliage. Use a blind to stay dry. Make very soft clucks and yelps. Be patient.

LATE MAY – The Fade

Talk Guy Talk: If an early spring has moved up the cycle and you’re still in the field as birds go quiet and winter flocks begin to re-form, toms won’t be as interested in hens as they will be in finding other toms. Gobbler and jake yelps can be effective now.

REGIONAL GUIDE
States at the same latitude as South Carolina should see gobbling activity during our listed dates. For the rest of the country, use this chart to add or subtract weeks from the start date of March 12.

The chart is based on a survey conducted by biologists in South Carolina, where the first gobbling peak is in mid March, with activity continuing well into May (past the end of hunting season). Cold temperatures, rain, sleet, snow, and winds can delay the turkey “rut,” whereas unseasonably warm weather can make it start early.