How To Make A Handmade Slingshot

While we're not suggesting hunting with it, here's how you make a slingshot using tubing and, yes, a forked branch 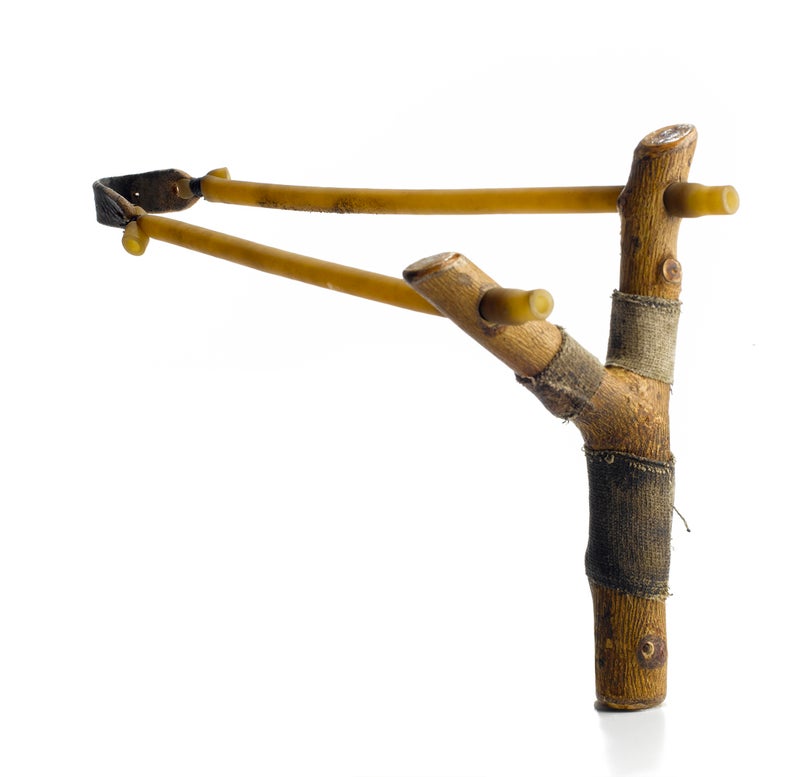 MADISON PARKER IS a former U.S. Navy SEAL who now trains SEALs in wilderness skills—including how to make and wield the most wicked slingshots on the planet (primitivesupply.com). How wicked? Parker’s handmade slingshots fire big chunks of lead at 225 fps. Where legal, he’s used them to take game from squirrels to wild turkeys and more. While we’re certainly not suggesting you hunt with a slingshot, there’s nothing wrong with drilling empty cans on a summer afternoon. Here’s how to make one:

The Frame “Dogwood, hickory, and oak are the best,” Parker says. “Don’t look for the perfect Y-shaped fork. If you’ll hold the slingshot in your left hand, you want a fork where the main branch crooks to the left at 30 degrees, and a fork that goes off to the right at a 45-degree angle. Cut the frame and let it dry for three weeks.”

The Power Parker’s slingshots utilize high-powered bands with heavy leather shot pouches, but a number of companies sell ready-made replacement bands with pouches attached for slingshots (slingshotworld.com). The trick is in Parker’s connection: 1 1/2 inches from the top of each upright, drill a hole slightly smaller in diameter than the band. Bevel the end of the band with scissors and thread it through the hole. Snip off the bevel. Next, take a dried stick slightly larger in diameter than the inside diameter of the band, and carve two pointed, 1/2-inch-long stoppers. Plug each end of the tubing with a stopper.