Pig Roasting 101: How to Cook a Whole Pig

Cook a whole pig in your backyard pit 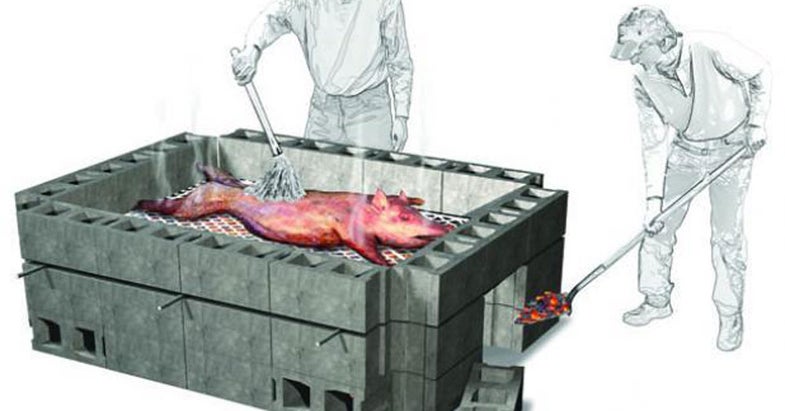 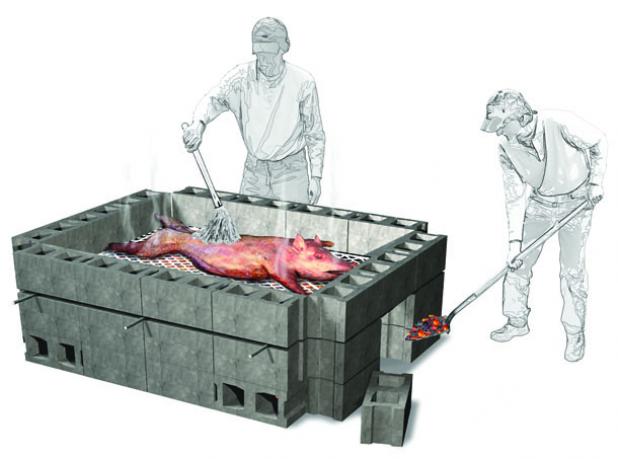 Cooking a whole pig (in this case, a 75- to 125-pounder, butterflied and with hair removed) in a backyard pit puts the neighborhood on notice: You’re taking the party to a new level with pig roasting. Come hungry, y’all, and bring your friends. This D.I.Y. cooker goes up, and breaks down, in an hour tops. Check local laws about open fires in town limits, but many larger cities allow open flames as long as you’re cooking. And, brother, you will be cooking! 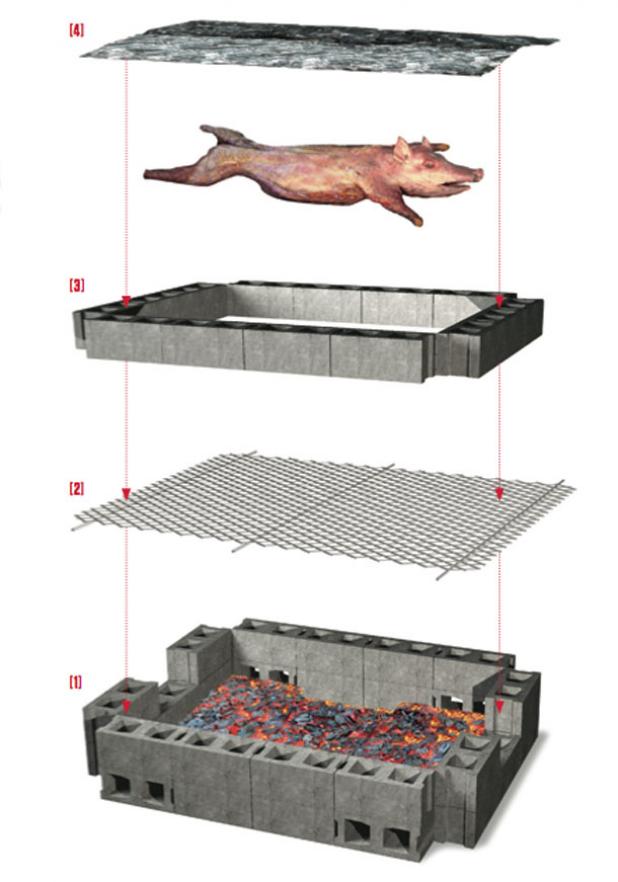 1. Clear an area of level ground of any combustible leaves or sticks. Lay out a two-layer base of blocks as shown. Build a fire inside the pit. After the coals have burned down, divide them into thirds: You’ll want 4 inches of coals on each end, and an inch or two in the middle.

2. Rest the grate on the pit. If the metal can’t support the pig, add three pieces of rebar across the width.

3. Place the pig skin-side up on the grate, then add the third layer of blocks. Cover the entire grill with foil.

4. Halfway through cooking time, flip the pig. Two guys lift the pig with shovels, while two others pull on gloves and grab hooves to help guide the porker onto his back.

Team Effort
Baste the pig liberally with BBQ sauce through the day. Shovel in coals as need by removing the block (A) on either of the ends. You can regulate heat by regulating airflow; cover the holes on the sideways-turned cinder blocks (B) as needed. All helpers get to eat the ribs, which are ready first. The hog is done when the internal temp of the hams hits 180 degrees.