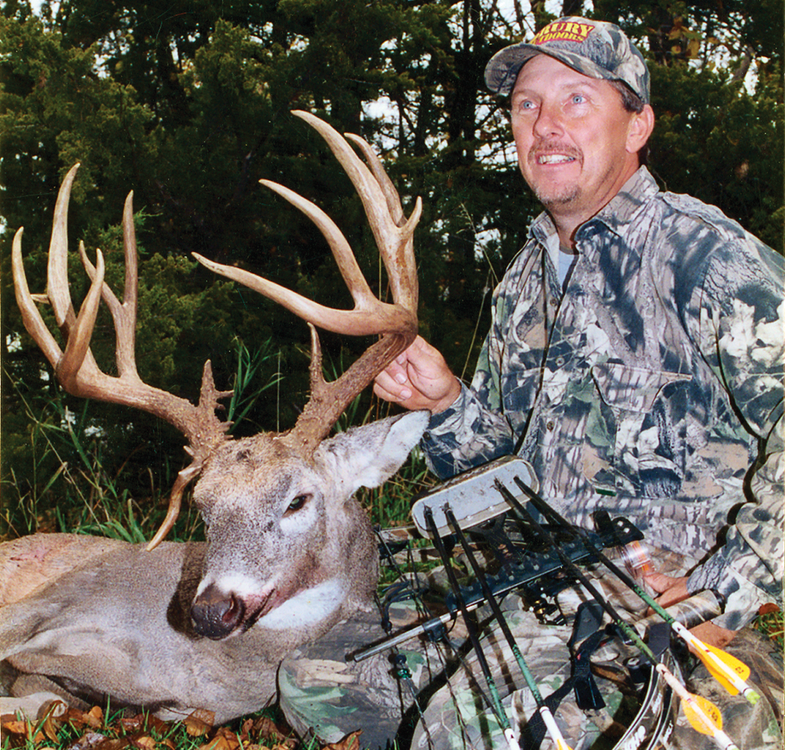 Tagging a 200-inch buck is whitetail hunting’s holy grail—something that most mortals can only dream about attaining. Yet Rod Owen has done it twice, making him part of a very exclusive group. Who better to tell you how to bag the biggest buck in your woods?

Biography: Owen is a construction contractor when he’s not installing food plots and doing habitat work on the 10 farms he manages. The longtime Drury pro staffer has tagged 40 Pope and Young–class bucks. Missouri has flown under the radar of a lot of whitetail nuts, but Owen has proved the state’s potential.

“I actually don’t think it’s that hard to kill a 200-inch buck. What’s hard is finding one,” Owen says. “I killed my first one in 2003—a deer that I didn’t even know existed until he showed up under my stand—and it took me 12 years to find another one that big. Thankfully, food plots and trail cameras do make the task a little easier these days.”

“The spot where I killed the 200-incher last fall illustrates one of my favorite setups. I had a food plot that I put right in a CRP field that was up against a bedding area. I mowed two trails through the CRP: one for me to access the blind, and another leading from the bedding area to the food. The deer, including the big one, would come out of the woods and hop on that trail like it was a sidewalk.”

“Seventy to 80 percent of my hunting is from ground blinds. In food plots, I mount my blinds on 6×6 platforms that are 6 to 8 feet high. That gives me better visibility and gets me above the deer’s line of sight. I set up right on the plot, and then I know when deer come out, they’re coming right to me. The key to any ground-blind setup is to leave the windows you intend to shoot out of open all the time. If you close the blind up and then come in to hunt, every deer that sees those newly opened windows is going to freak out.”

“I had hundreds of pics of the buck I killed last fall. I knew I needed an east wind to hunt him, or he’d bust me coming in. On Sept. 16 I had that wind and got set in my elevated blind. But about 45 minutes before dark, I felt the wind switch to west. I grabbed my bow and literally ran out of there. When I got to my truck, I drove to a spot where I could glass the plot, and sure enough, he came out to feed. If I had been in the blind, he’d have busted me. I killed him from that spot on Oct. 8.”

“Entry and exit is everything. I spend as much time planning that as I do setting up the blind. Exit is really tough on a food plot, with deer all around you. If I can, I have someone pick me up in a truck, which bumps the deer off the plot but doesn’t freak them out. If I’m alone, I wait until full dark and blow a coyote howler.”

“I go into an entirely different state of mind when a big deer comes in. Jim Thome [retired baseball slugger and Drury team member] talks about ‘slowing the game down,’ where it’s just him, the pitcher, and the ball. I do that same sort of thing. Everything else disappears. It takes killing a lot of deer to be able to calm yourself in that situation. I made a lot of mistakes over the years, but I’ve learned from every one.”

Rod Owen: “It’s tough for a lot of guys to handle well, but the vast majority of the time, an old buck is going to beat you. I hunted one I called the Old Man that I wanted as much as any I’ve ever hunted. I threw all my energy at that buck and never saw him on the hoof. Not one time, in three seasons.”