Turkey Tip: How to Tag Late-Season Toms That Don’t Want to Fight 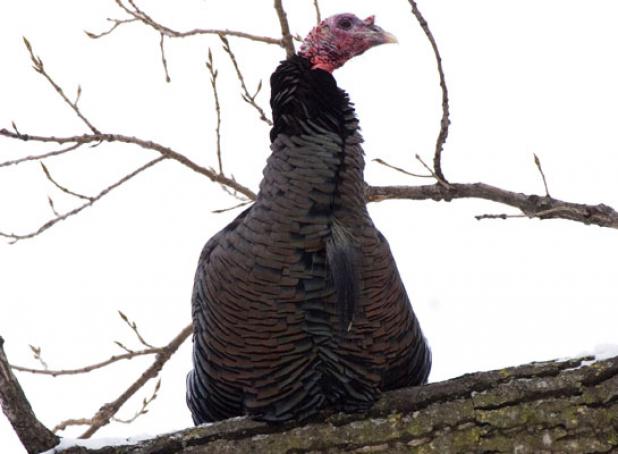 _YOUR QUARRY: Tommy the Weasel **
_
**Aliases: Limb Talker, Pee Wee
**
Psychological Profile:** In any group, certain individuals will be weaker than others. In Tommy the Weasel’s flock, he is the weakest adult male–a fact that has been exploited by other gobblers at every opportunity, reinforcing his submissiveness. Whenever Tommy has taken a step toward a hen yelp while in sight of other toms, he’s gotten his clock cleaned. So he doesn’t do it anymore. He has learned, above all else, to avoid a fight. He sneaks around. He meets hens on the sly. He gets by on guile. And that makes him one tough bird to tag.

Modus Operandi: Tommy gobbles like mad from the roost (where no one can hurt him), but he shuts up the second his toes hit the dirt. He only occasionally answers a hen call, and when he does, you can bet he isn’t going to come running. Far more often, he hangs up out of gun range and then slowly fades away from your setup.

The Plan: A tom that won’t answer a challenge and rarely comes to a call may seem nearly impossible to kill, but there’s a chink in Tommy’s armor: all that gobbling he does on the limb. He’ll start yodeling as soon as he flies up in the evening. Be there to put him to bed and pinpoint his roost. Then return early the next morning to convince him he can nab a hen before any other gobblers are wise to him.

The Setup: Well before dawn, wiggle in as tight to his roost as you can, and set up one hen decoy. Use an owl or crow call to pull an early gobble from Tommy. If you’re within 100 yards, great. If not, slip closer and quietly set up again.

Best Calls: Let Tommy talk his head off from the limb. If you don’t hear any other turkeys nearby, give him a few soft tree yelps just to let him know where you are. Otherwise, stay quiet until Tommy’s feet hit the ground. Then start sweet-talking him with contented clucks and purrs. Tommy is going to sneak in silently. So sit still, keep your eyes peeled, and be ready to shoot.