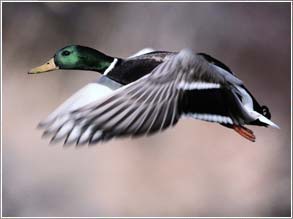 To paraphrase what Mark Twain once said about real estate, prime duck waters are so valuable because no one makes them anymore-with one notable exception: beavers. The rodents have made a major comeback, and the ponds that collect behind their many dams provide top-notch duck hunting.

Hidden beaver ponds near large wetlands open to hunting can be especially productive. A favorite pond of mine doesn’t look like much at first glance, but it’s just inland from a large marsh that’s crowded with hunters on opening day. Once the shooting begins, mallards, blacks, teal, and wood ducks pile into my spot.

Other beaver ponds draw ducks because they provide not just refuge but plenty of food and cover. As a rule, newer ones are more attractive to ducks. Flooded soils release a flush of nutrients that promote the growth of desirable aquatic plants and invertebrates. Ponds with a rich variety of emergent and submergent plants-pondweed, duckweed, bur reed, flooded sedges, and wild rice-are almost sure to hold ducks.

As these waters age, most become less productive. But some age well, offering emergent woody shrubs, like buttonbush, which add to the diversity of food and cover. Any beaver pond bordered by mature acorn-bearing oaks is sure to attract wood ducks, regardless of aquatic vegetation.

Another general rule is that beaver ponds hunt best early in the season, when local puddle ducks are most abundant. The key to consistent shooting is to avoid hunting the same areas too frequently. And if you flush a dozen or more ducks as you approach, avoid the temptation to shoot. Instead, throw out a few decoys and wait for the birds to return in small groups.

The best way to find the most productive beaver ponds is to study aerial photos, which are more detailed and up to date than topographic maps. They are available from state-highway or tax departments and can be accessed over the Internet at www.terraserver-usa.com.