The Other Deer Hunters

As whitetail predators, coyotes may be more destructive than ever. 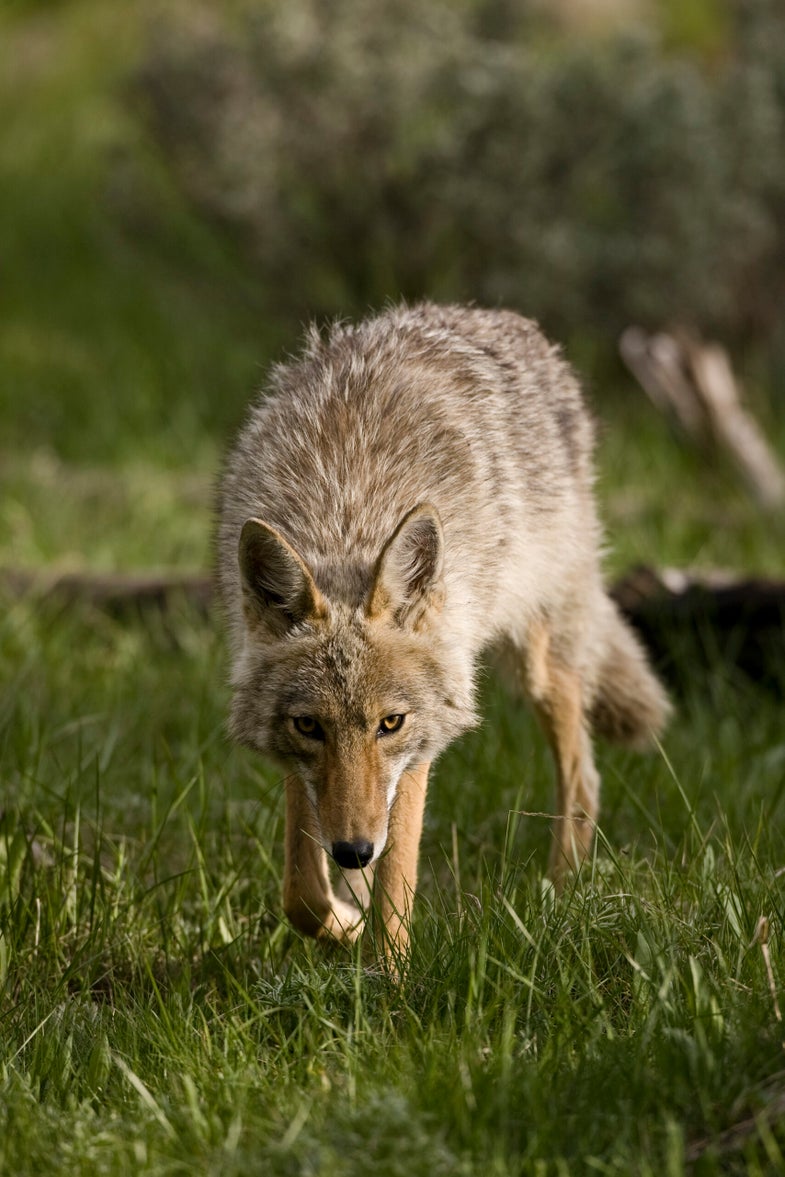 This column originally appeared in the June, 2009 issue of Field & Stream.

If you think coyotes aren’t killing a lot of deer, you’re not alone. You’re also probably wrong. Significant coyote predation has been documented in various parts of the whitetail’s range. But throughout much of the South, Midwest, and suburban Northeast, the coyote is a fairly new predator and is barely on the radar of many whitetail hunters and experts.

In over three decades of deer hunting and observation, I had personally come to view them as bumbling opportunists–more Wile E. Coyote than the Big Bad Wolf–when it comes to killing whitetails. But a pair of new research papers presented at the February 2009 meeting of the Southeast Deer Study Group, both conducted where coyotes had not historically been a problem, reveal a different story. What’s more, with coyotes now virtually everywhere whitetails are, and their numbers exploding in many areas, their impact is likely more lethal than ever.

The New Research In the first study, conducted by John C. Kilgo with the USDA in west-central South Carolina from 2006 to 2008, researchers implanted vaginal transmitters in pregnant does. When a doe gave birth, the transmitter was ejected along with the fawn, allowing researchers to capture the newborn deer and fit it with a monitor. When a fawn died, the monitor led researchers to the remains, where they collected DNA evidence to ID the fawn’s killer.

The results were jaw-dropping. Out of the 60 fawns monitored, 44 died within eight weeks. The killers were abandonment (one), unknown predators (two), bobcats (six), and coyotes (28 confirmed and seven probables). In other words, if you include the probables, coyotes accounted for 80 percent of all mortality.

The second study was conducted by Brent Howze and Robert Warren of the University of Georgia on a 29,000-acre area of the Peach State with a low fawn-to-doe ratio. To determine whether predation was causing poor fawn recruitment, researchers removed 23 coyotes from an 11,000-acre study block from January through August 2008. On a 7,000-acre control block of similar habitat, no predators were removed. In the fall, camera surveys showed a meager .07-to-1 fawn-to-doe ratio in the control area. In the zone where predators had been trapped, however, the ratio was a vastly better .72-to-1.

So what can you do? First, aim for a balanced buck-to-doe ratio on your property. It ensures a short, intense breeding season, which results in a short, intense fawn drop–and that narrows the window of opportunity for coyotes to kill young deer. Second, encourage grassy, brushy, young growth so does can drop fawns in comparatively predator-safe cover. Third, if you notice an upswing in local coyote numbers, you may want to decrease your doe harvest. Finally, become a coyote hunter. You’ll help keep predator numbers in check, and have a lot of fun, too.